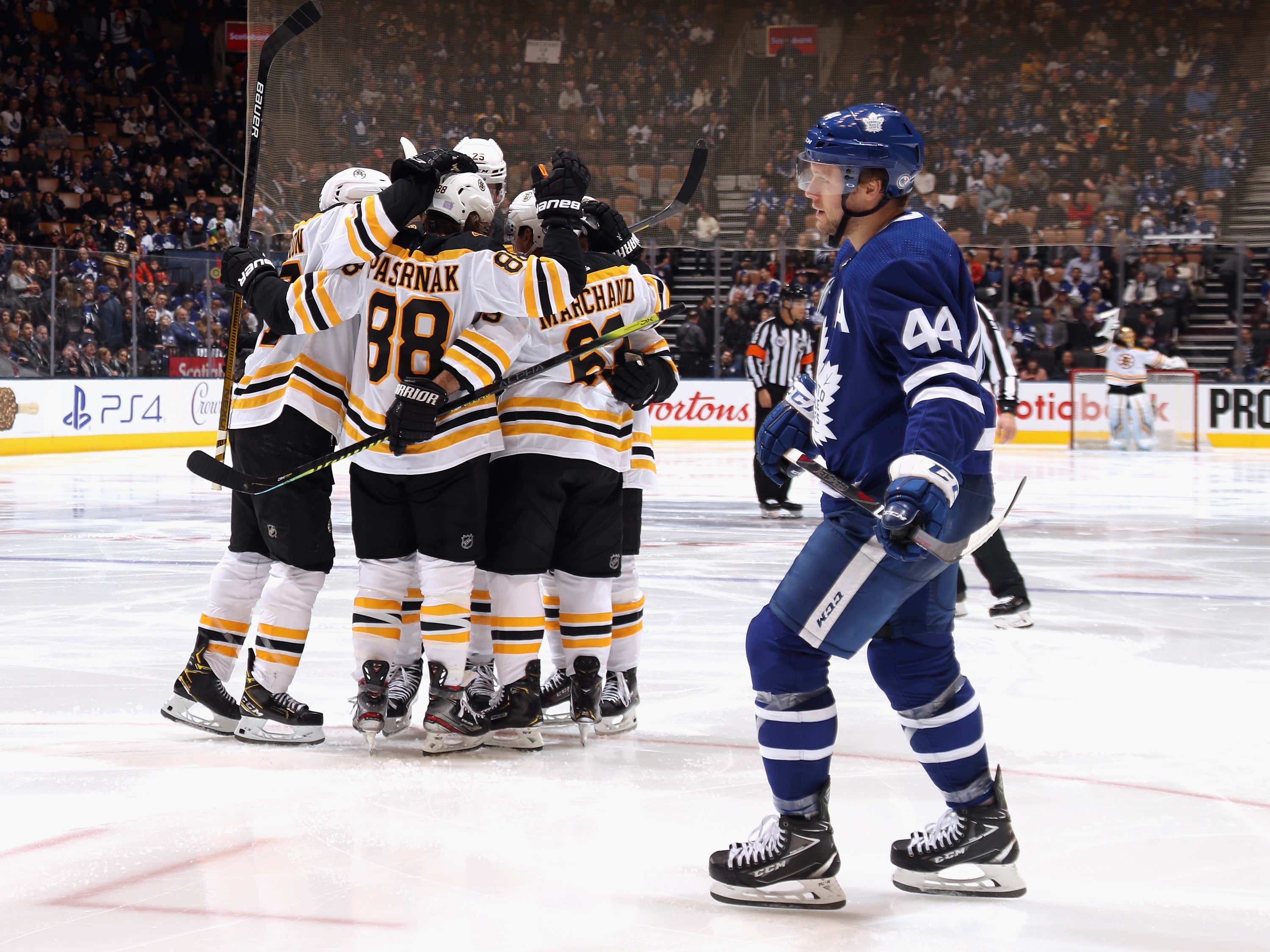 Oh babyyyyy the B's are BACK. 4 game losing streak; snapped. Brad Marchand potted two in his 700th career game to sink the Toronto Maple Leafs and get the Bruins back in the win column.

The Leafs flipped the ice in the 2nd period, with Auston Matthews redirecting a shot past Tuukka Rask to get Toronto on the board. 1-1 after 2. It was under video review for a high stick but was later confirmed by the league.

Brad Marchand scored 11 seconds into the 3rd period to give the Bruins the 2-1 lead. Got his own rebound as he blew by Rielly.

Kasperi Kapanen made it 2-2 after a complete fucking breakdown in the d-zone for the Bruins.

Nearly a minute after Kasperi Kapanen tied the game for the Leafs, Brad Marchand potted his 2nd of the game to make it 3-2 Bruins.

Zdeno Chara added an empty netter and that was all she wrote for the Hall of Fame game in Toronto.

- Brad Marchand skated in his 700th career game. He potted 2 tonight for his 274th and 275th career goals. He earned player of the game honors for tonight's Hall of Fame game.

- Matt Grzelcyk has stepped up in the absence of Torey Krug. Best game he's had all season. The new PP unit (sans injured Krug) still looks a little funky. But he played well tonight.

- Patrice Bergeron was a class act per usual - shaking all of the hands of the new HHOF members.

- Didn't love the defensive breakdown with Chara and McAvoy chasing Hymen on Kapanen's game-tying goal in the 3rd. Hated it actually. But outside of that, thought they D played better.

- I did love seeing Charlie Coyle get on the scoresheet. His 3rd of the year. He's playing on the RW with David Krejci and Anders Bjork on the 2nd line. By far their best game together. Thought Bjork gave them some much needed jump.

- Kasperi Kapanen would look great in the Black and Gold. I know he just re-upped with the Leafs, but he seems to always show up in these games against the B's. Great player.

- Nice bounce back game for Tuukka Rask. 29 of 31 saves. Nothing he could do on those 2 goals that were scored.

B's are back at it tomorrow night vs. the Washington Capitals. Jaro Halak in net. Let's go streaking. 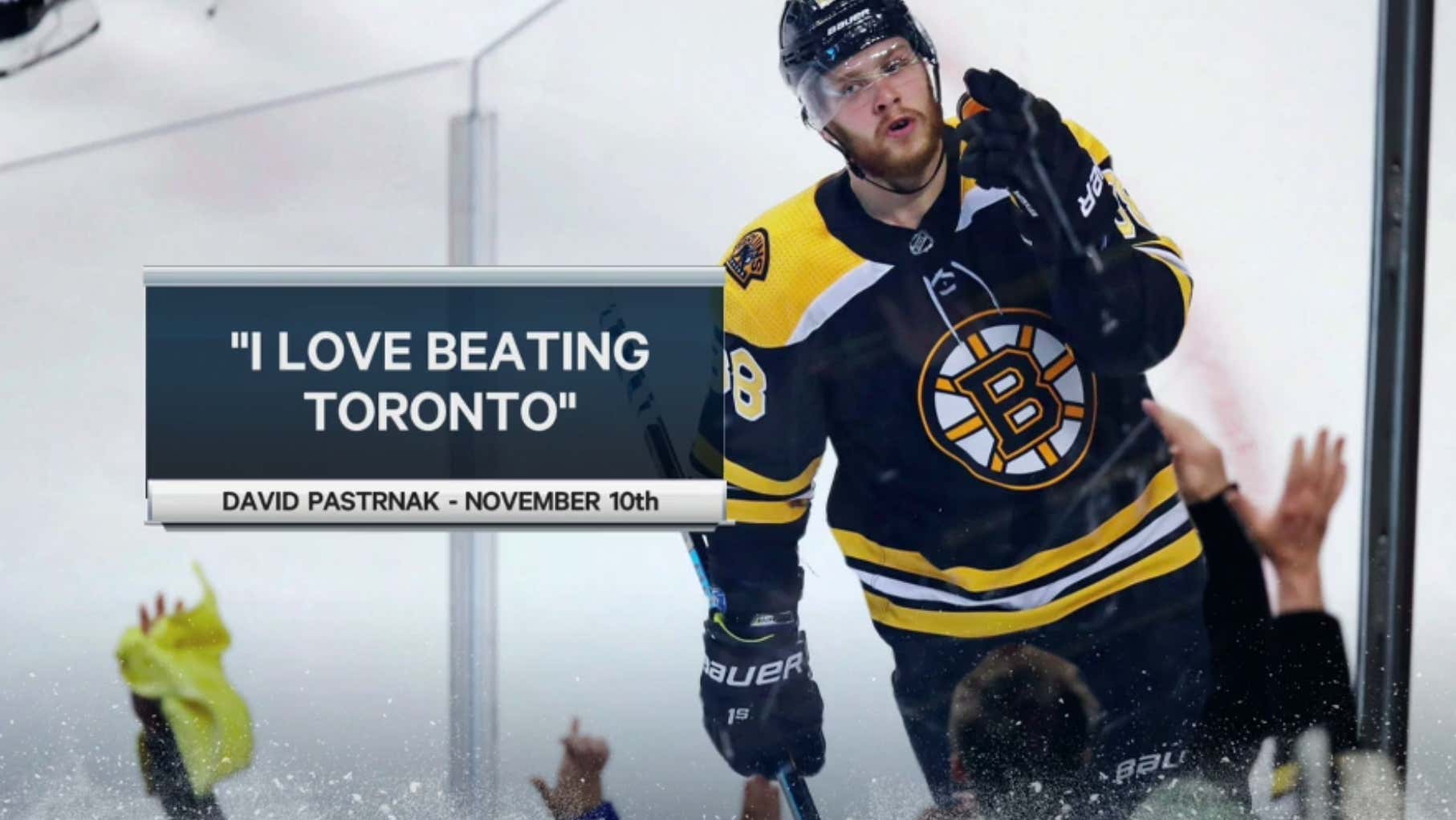