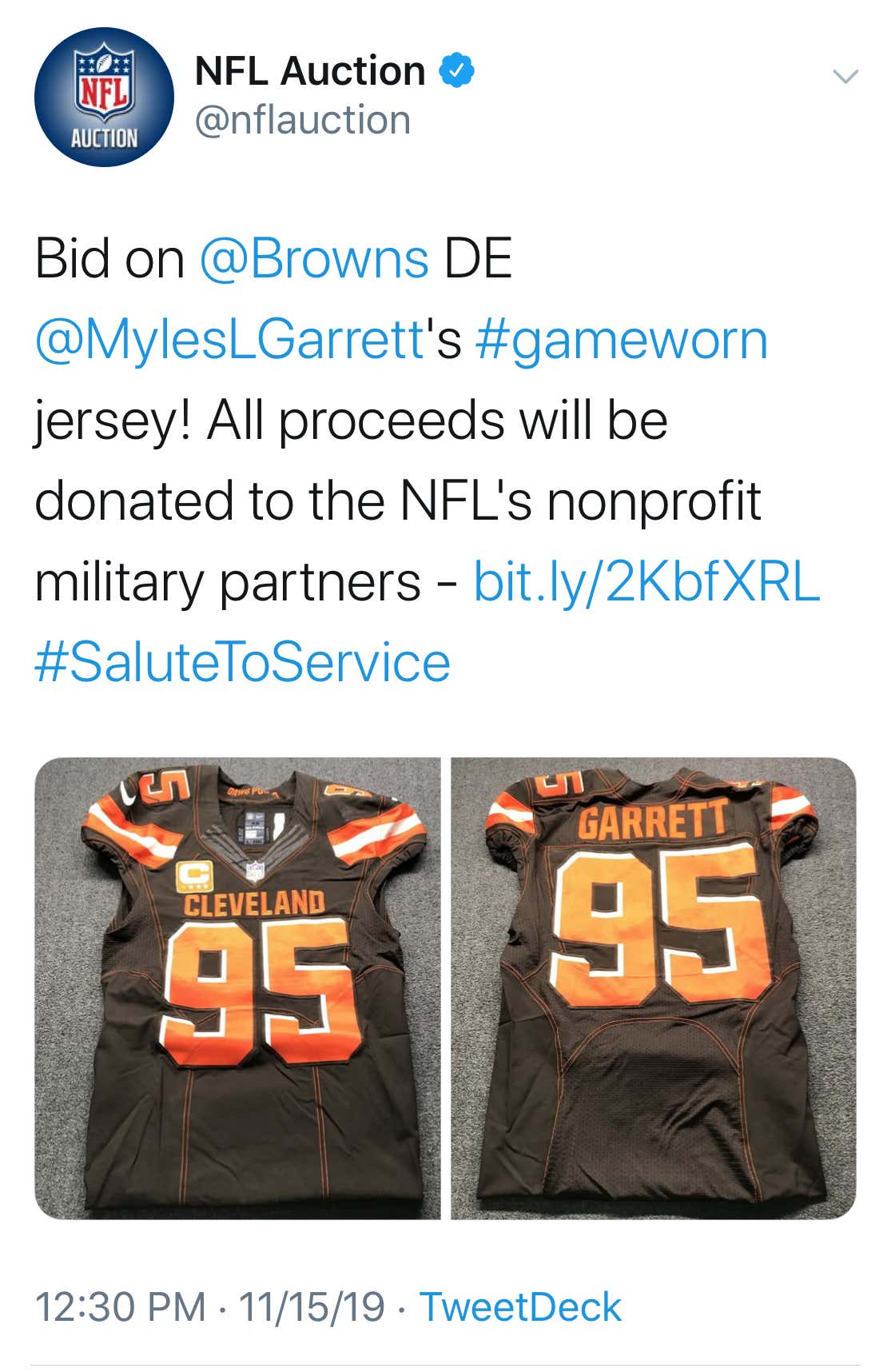 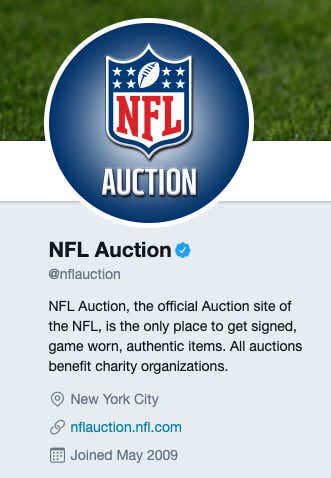 After all that controversy the NFL has gone through regarding the National Anthem and the flag, it's nice to see the NFL's verified official auction Twitter handle is going out of its way to support the troops by selling a game used Myles Garrett jersey while he is the most talked about athlete in the country and causing hot take shows to meltdown like Chernobyl's reactor. I don't know what will fetch the NFL's charities more money, Garrett's game checks now that he has been suspended for the year or his game used jersey mere hours after he almost bludgeoned a dude with a football helmet. And can you imagine if Garrett actually connected flush with that helmet a few times? The value of that game used jersey would go through the roof. "You are bidding on one authentic game used Myles Garrett. Smell the grass stains from the turf at FirstEnergy Stadium. Taste the sweat that Garrett dripped while rushing the quarterback. And feel the fragments of Mason Rudolph's skull and pieces of his brain after his own helmet crushed his head. Comes with a certificate of authenticity as well as a DNA test from Mr. Rudolph's corpse. Gem Mint 10. The NFL: Feel the power!".

I'd say there is a 99.9% chance this was all just an unfortunate coincidence for the NFL. But considering it's the NFL we are talking about during the Roger Goodell Era, anything is truly possible. Especially since Portnoy just donated like $100K to the troops.

And THAT is why you don't schedule a tweet the day after a player has a night game. 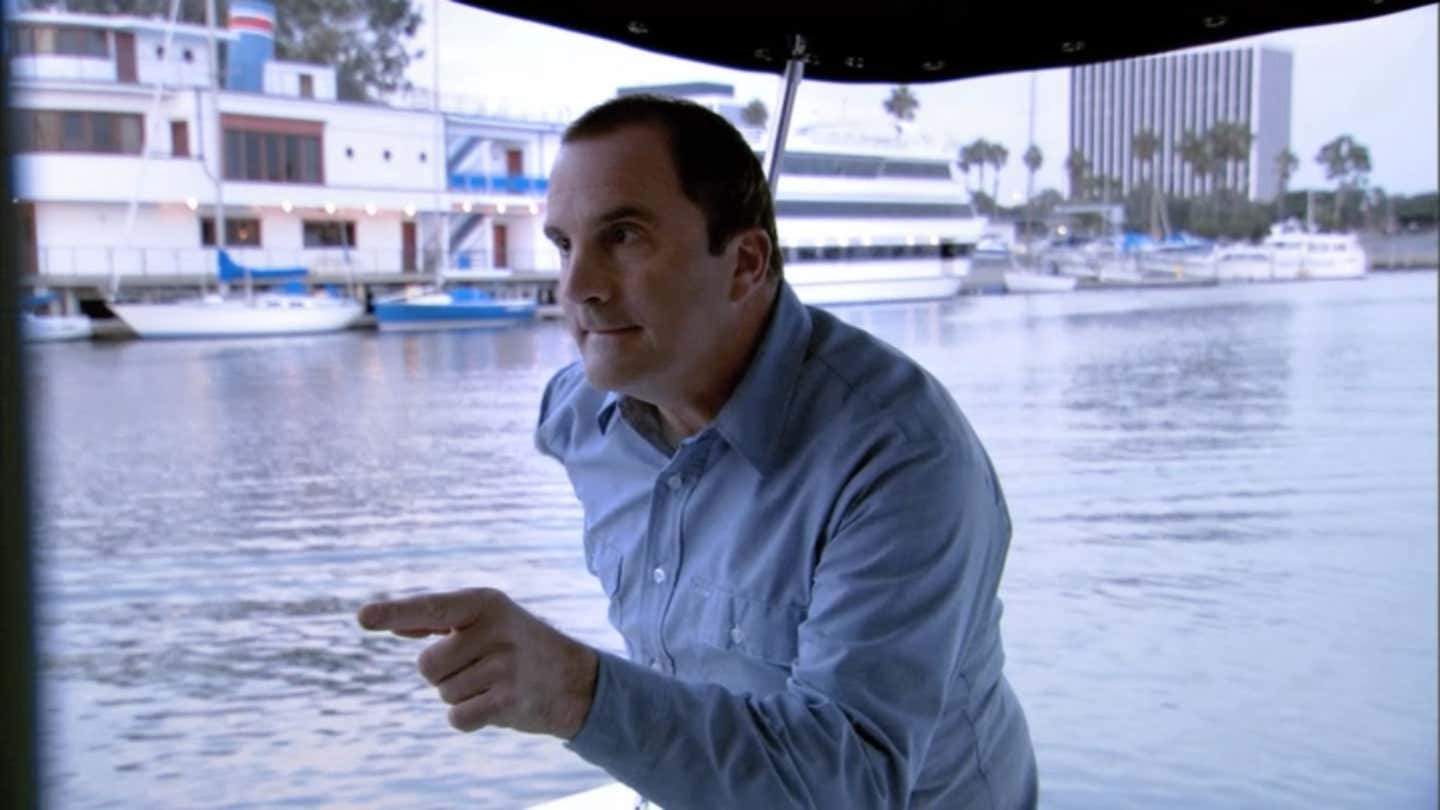