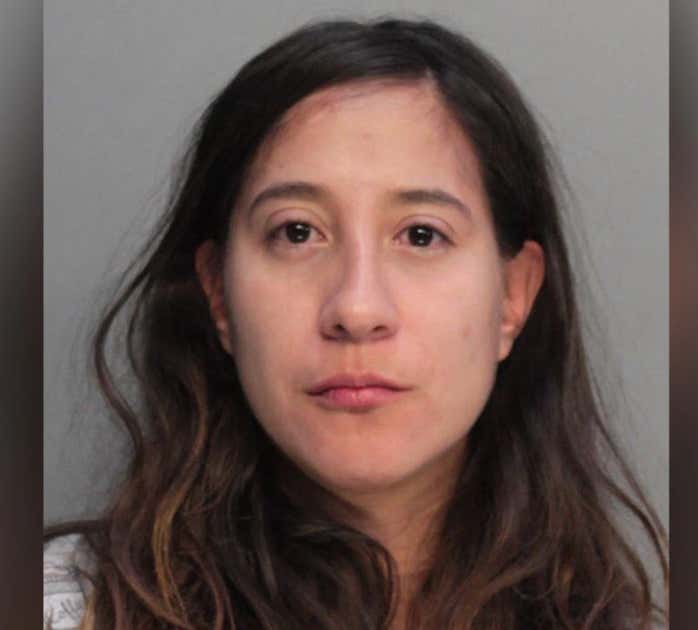 NY Post - A Florida woman allegedly bit her boyfriend’s penis and threatened him with a knife after she accused him of wanting to have sex with another woman, a report said.

The alleged assault happened during an hours-long drinking session in Miami Beach that ended on Wednesday at about 3 a.m., a local NBC affiliate reported.

Esperanza Gomez, 33, was drinking beers with her boyfriend when a female friend joined them at about midnight, according to the report.

The friend left a short time later — but Gomez became enraged and accused her boyfriend of wanting to bed the woman.

She allegedly shouted at him, grabbed him by the arms and “began to poke him with a knife,” according to a police report obtained by the station.

She then “bit his penis out of frustration,” he later told police.

*Extremely Ellie Schnitt voice* “Ladiesssssssss, you can’t just go around biting a man’s penis every time you think he wants to fuck another girl, you’ll run out of penises to bite because men are trashhhhhhh” (2.4k RTs, 14.1k Likes).

But that’s honestly the truth. Oh a female friend joined the two of you in an all night boozing sesh and at 3am you began thinking he might want to smash the other girl? What gave you that idea, Einstein? No need to bring your mouth and teeth into the equation though. I’m not even worried about the knife play and gentle stabbing that took place- it’s 3am in Miami, that’s par for the course. But we enter into an agreement that if a mouth is going to touch our nether-regions, it’s for good reasons only. There’s no crossovers when it comes to mouth on dick, there’s no surprise ending- you just don’t bite it. That sets a terrible precedent for the world. Always having to be scared when a woman starts making her way downstairs, wondering if we did something wrong to get our dicks bitten off because we forgot to take out the garbage or she caught us checking out the waitress’s ass at the Olive Garden. Well I’m sorry she’s been eating some extra fettuccine alfredo and that thang has some extra jiggle on it, not my fault.

So ladies, relax. Of course we want to fuck your friend. Duh. But we’re still going home with you. And if you want to bring her along, that’s cool too. Kidding. But not. I mean if you’re not. Cool.