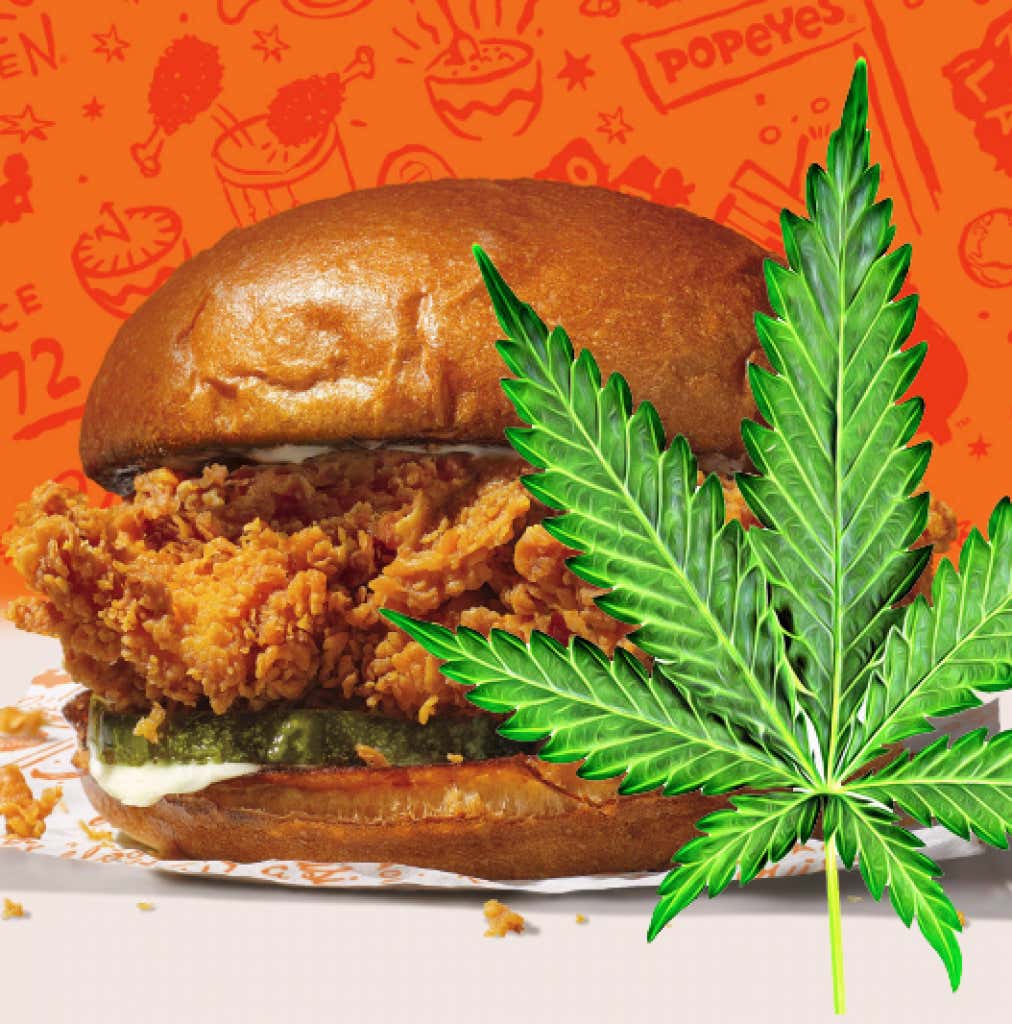 Detroit - A Walled Lake dispensary is using a unique tactic to lure potential customers this week.

The owner of The Greenhouse of Walled Lake Cannabis Dispensary is giving away hundreds of chicken sandwiches to first-come, first-served customers from 5-7 p.m. Friday.

But they’re not just any chicken sandwiches.

Owner Jerry Millen will have 200 of the limited-time Popeyes chicken sandwiches that have caused long lines across the country.

Millen, who opened the shop in February, intends to stand in the line so his future customers don’t have to. He’s also staging a Willy Wonka-type contest.

“I am selecting five of the 200 chicken sandwiches and placing $100 gold Greenhouse gift certificates in each of them,” Millen said.

This event is going to have the chillest murder ever committed. It might even take a while to realize it happened. Just a bunch of stoner bros hanging out, talking about Bernie, planning their moves to Canada if Trump is re-elected (they won’t actually move though, mom won’t pay their car insurance if they go to Canada), and then someone will get politely stabbed for the last chicken sandwich. It’ll be totally chill though. He will just be hungry. And everyone knows Popeye’s is putting some sort of crack-like substance (commonly known as crack) in these chicken sandwiches that is driving everyone crazy.

Gotta give it up to The Greenhouse Dispensary for this promotion. The owner probably is just using the barter system with the Popeye’s employees too. A dime bag per chicken sandwich is nothing, and the amount of publicity he gets out of it is endless. Plus, how about this dude Jerry Millen comparing himself to Willy Wonka? He’s getting high and putting $100 weed gift cards in 5 of the sandwiches. Someone is going to be high as shit and bite into their sandwich and just starting eating the paper. It’s going to be the most relaxed shit show in modern history. Good luck to everyone involved, what could possibly go wrong?