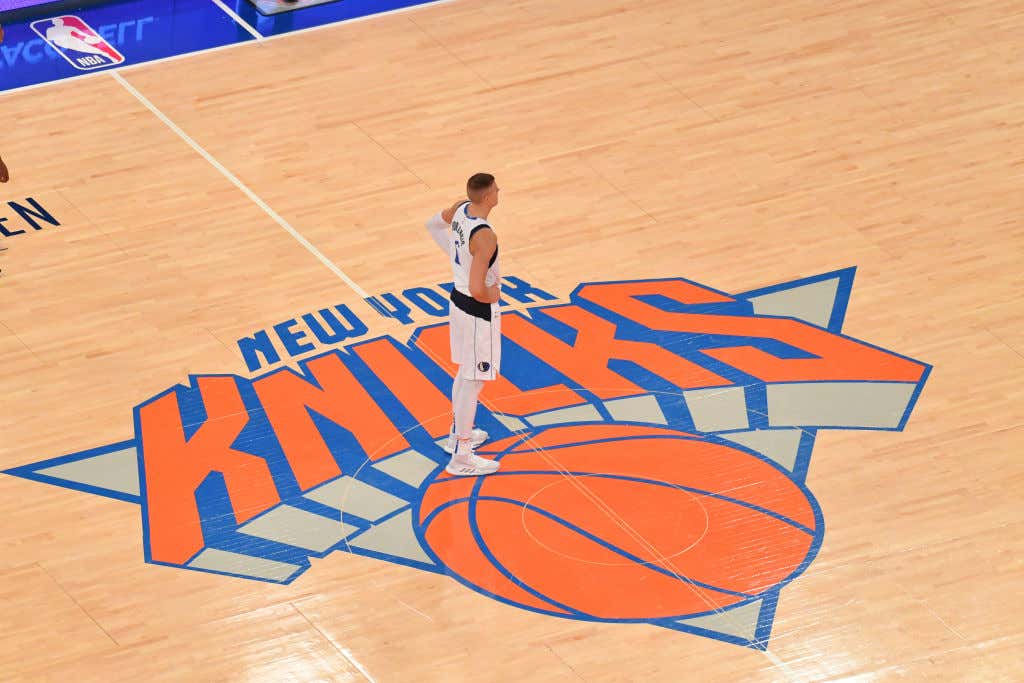 Bottle this feeling up and cherish it while it lasts Knicks fans, because we probably aren't going to hit a high like this the rest of the season. I personally don't care if the Knicks win another game for the rest of 2019 or pretty much the rest of the goddamn season. I'd rather them not set any type of losses record and add yet another pillar of shame to the Knicks franchise. But other than that, going 2-0 against Kristaps Porzingis in less than a week is about all I could ask for this season. Yeah I know it's petty. But that's what being a Knicks fan is all about. Celebrating the smallest petty victories over people you don't like no matter how much you suck.

*thinks about it for a second*

Shit, we have all become James Dolan. But I don't care because beating Janis Porzingis' client was all that mattered tonight and everyone at MSG had fun.

That's not to say tonight's game wasn't without some highlights outside of remaining undefeated against a certain 7'3" serpent. Mitchell Robinson, Dennis Smith Jr, and Frankie Smokes all came up big (I am infatuated with Frank's defense).

It's crazy how close Marcus Morris was to not being a Knick and he is now our everything at the end of games. But that's just Knick life.

Further reaction to tonight's game as well as the last week of typical Knicks tomfoolery will be on tomorrow's weekly Knicks Therapy Session on Reags' podcast Fundamentally Sound (Download/Subscribe/Rate 5 Stars).

P.S. Luka is fucking terrifying and I am thrilled the Knicks only have to face him twice a year. The only thing that sucks is there is no way those Mavs picks the Knicks got in the Porzingis deal are going to be anywhere near good as long as he stays healthy.