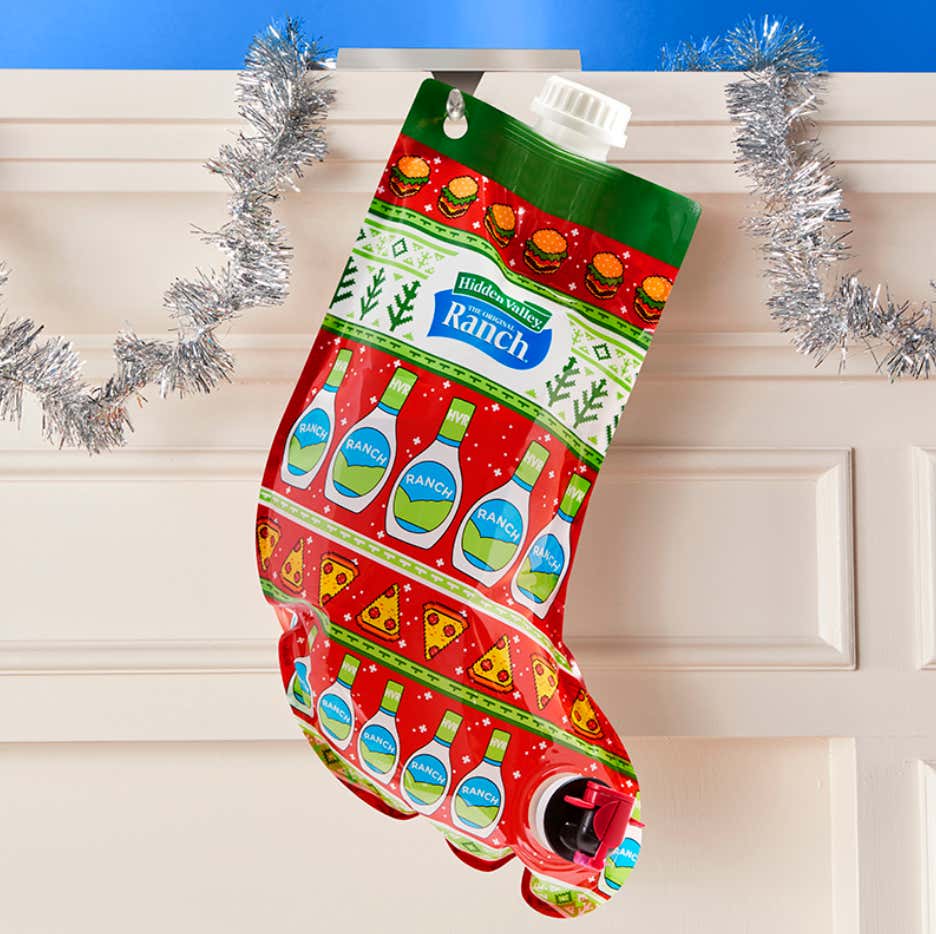 97x- The marketing team over at Hidden Valley once again proves they know their Midwest audience better than any other nationwide company. They’ve released the ultimate Christmas Stocking Stuffer. In fact, you won’t even have to stuff any stockings, they’ve done that for you. With a spout on top and all, the pre-filled stocking is perfect for your friend. I mean it’s the ultimate supply for dipping your chicken nuggets, wings, carrots, celery, peppers, tomatoes, french fries, pizza, potatoes, and pretty much any other food that is known to man kind.

Yeppppppppppp that’s the good stuff folks. What an incredible invention courtesy of the greatest country in the history of the universe. We’re looking at the best Christmas gift you can buy for your Midwestern friends right there. 52 ounces of delicious ranch goodness festively packaged in a Christmas stocking. Who needs other stocking stuffers when you can just fill the whole damn thing with ranch? You don’t, that’s the answer. All the stupid shit that Santa used to put in the stockings are officially out. Jolly Old Saint Nicolas better give me that creamy white stuff on Xmas or he’s dead to me.

And listen, I’m sure there are people from other parts of this great country who would appreciate almost a half gallon of salad dressing greeting them on Christmas morning, but no one more so than my beloved people in the middle of the country. Ranch is religion in that part of the country even more than religion. We like it on EVERYTHING. You name a food item and I guarantee a Midwesterner has at least tried putting a dollop of ranch on it. People can say they love ranch but before I moved to NYC I’d venture to guess that 78% of my body was made up of the stuff. So if you’re struggling to find a gift for a big bodied friend of yours from the Midwest, you can’t go wrong with a ranch stocking.