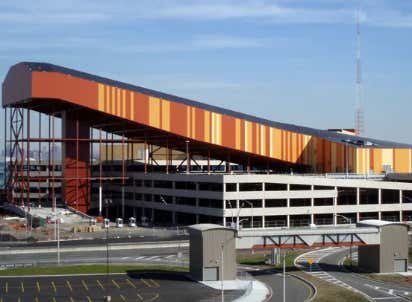 Source - Much to the delight of critics and complainers, parking at American Dream mega-mall is now free — at least for the time being.

On the mall website’s parking page, large letters are displayed saying that parking is indeed free, except for a $10 valet charge if shoppers feel so inclined to skip looking around for a parking spot. The free parking also excludes NFL game day rates.

The change comes after parking rates were announced in late October where parking ranged from free for anything less than 30 minutes, to $4 for five hours and $24 for parking for more than eight hours.

An American Dream spokesperson said that parking has been free since the mall opened and besides game day rates, the proposed parking rates “have never been enforced.”

The spokesperson did not comment on what prompted the price change and if the changes were permanent.

If you are going to the Nickelodeon Universe on an NFL game day, you can have your parking validated if you show your ticket purchase, according to the website.

Wild stuff. Who would’ve thought that a 50,000 square foot mega mall in the middle of beautiful East Rutherford, NJ would have trouble staying open in the year 2019? Because let’s be honest, that’s what happening here. No one’s visiting,  so they’re doing whatever they can to get people in the door. In this case it’s free parking. Which should’ve been free the whole time considering no one in their right mind would ever pay to go to a mall. Not if you have access to the internet and a functioning brain. I’ll give it two years MAX until it’s closed permanently.

It’s kind of crazy to think about, they starting building it in 1996-  around the same time Jeff Bezos started Amazon, and by the time they finished his company had grown so much that it essentially (will) put them out of business.

Kate wrote a blog about the origins of the project a few weeks back and I highly suggest giving it a read.

It’s almost like the developers got stuck in a time capsule and couldn’t get out. Here’s some of the stuff they decided to put inside…

and an ENTIRE WATER INDOOR PARK

They also plan on eventually putting a 3000-seat concert hall, an indoor ski slope, an aquarium, a mini gold course (18 holes), over 100 restaurants and 450 stores. Which all seems like a bit “much.”

I’m well aware that me saying “having trouble keeping the lights on” may be a stretch, but where there’s smoke there’s usually fire. And any time a company starts bolding the words “FREE” on their website before they fully open it’s never a good sign. I’m going to keep an eye on this, but unfortunately I think I’m going to be right. I just can’t see any situation where this mall becomes the massive tourist attraction is was intended to be.