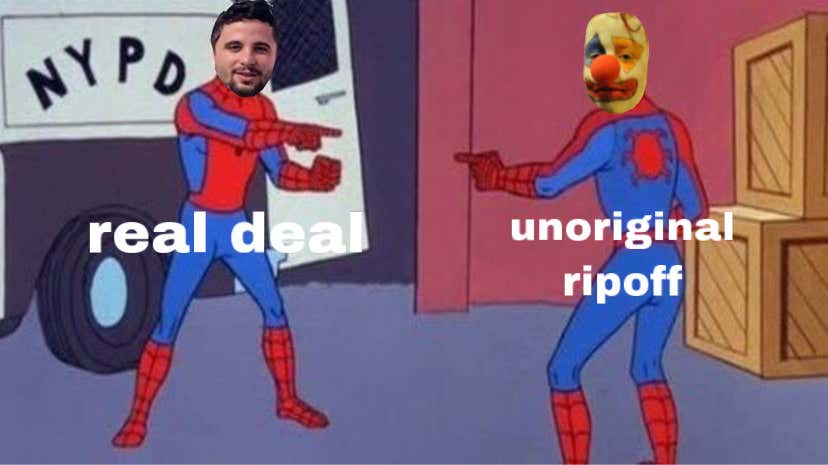 So lately a lot of my content that I’ve been putting out has been compared to that of another blogger here at Barstool Sports that shall remain nameless. We’ve been compared before and we frequently work together. Some say our style is very similar meanwhile others say that I am just a cheap dollar store version. I honestly don’t know, I just go out there and try to be myself with all of the stuff I do.

It got me wondering, does this type of stuff happen in other aspects of life? Is this just magnified because I currently work at a major media company? This I don’t know, but I have put together some signs that you (yes, you) are just a cheap impersonation of someone/something else:

1. You find yourself copying someone else’s clothing style 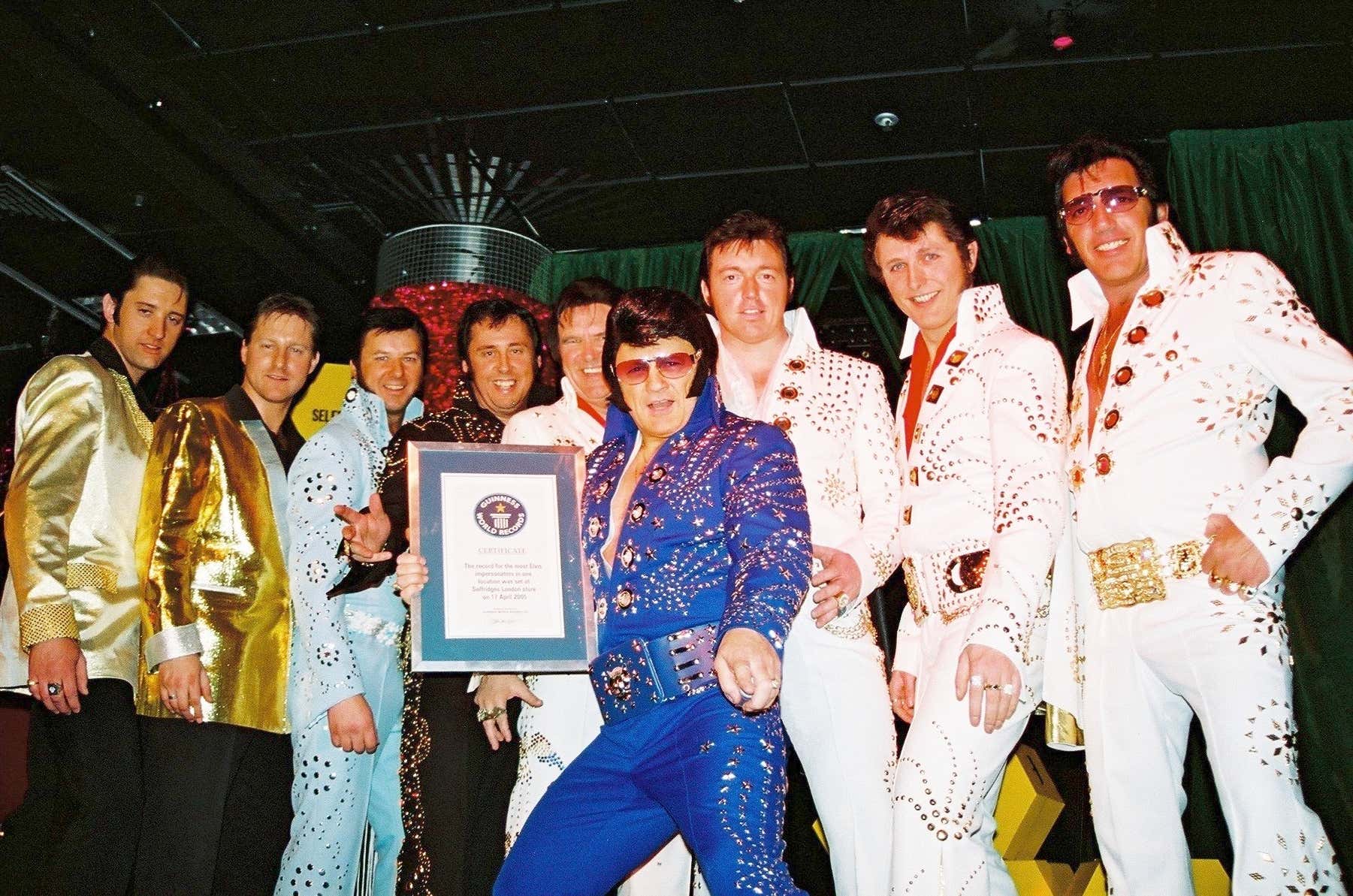 When you’re a young kid (perhaps like myself), it is easy to be influenced by a role model or other kids in school. I was very easily peer pressured back in my days at school. Some could chalk that up as the reason I wore sweats to school every day. I didn’t even want to think about chirps had I show up in something as unruly as… jeans. Sure, I was afraid of getting the “sick jeans bro” or odd looks from the “stars” that played on the New Fairfield football team. Sue me, I’m human.

It is different though when you are over the age of 20 and trying to dress/look like someone. That being said I kind of respect the hustle of trying to get money from it though. If someone is willing to pay $10 to get a picture with a 200 pound Elvis in 2019, then you might as well try and get in on the action. Otherwise, just be yourself one fucking time.

Maybe you have a favorite character from a favorite show that you’ve watched an unfathomable amount of times. You stay up until four in the morning watching your tenth Walter White “best moments”. Then you wake up the next morning and suddenly feel the urge to grow out a goatee and put on glasses. In some cases, you might even find that you start talking like that person too. Next thing you know, you’re telling your mom that you’re “in the empire business” when she asks you about clash of clans and why you won’t stop playing it.

You do a couple of list blogs and all of a sudden you’ve copied someone’s schtick. Was it intentional? No, not at all. However, people start noticing these things and act accordingly. "Oh, you're just trying to be like KB" "You and KB are so similar". Those are two prime examples of things people could say in a given situation. After all, they don’t want their favorite internet personalities to be duplicated. Especially by some no-name 19-year-old “pipsqueak” blogger who is just getting his feet wet in the blogging game. I don't really know who this pertains to, I just figured they needed to hear it.

4. You kill someone and attempt to take their place in society

At this point, you know literally everything about this person. You know this person better than they know themselves. All they are doing is wasting their potential. You've realized this. You could do a better job. You can be a better version of that person than they are. You've been trying to be like this person for so long that you can't stand it. So you crack, you finally do it. You brutally murder the person and take over their life because you know better than them. The only problem is.. you look nothing like them. You make the rash decision to cut off their face and wear it as your own.

You start showing up to their family gatherings with this rotten piece of flesh sliding off your face like hot cheese coming off a pizza. They call the police because they've realized that there is a literal monster in their presence, next thing you know you're locked up in the local mental institute for your heinous crimes. Again, don't know exactly who this pertains to but it sure is a sign that you are an imposter.

So please, if anyone of these resemble something you do/the way you act. Please, find a new angle. Try new things, wear new clothes, and most importantly.... be yourself.