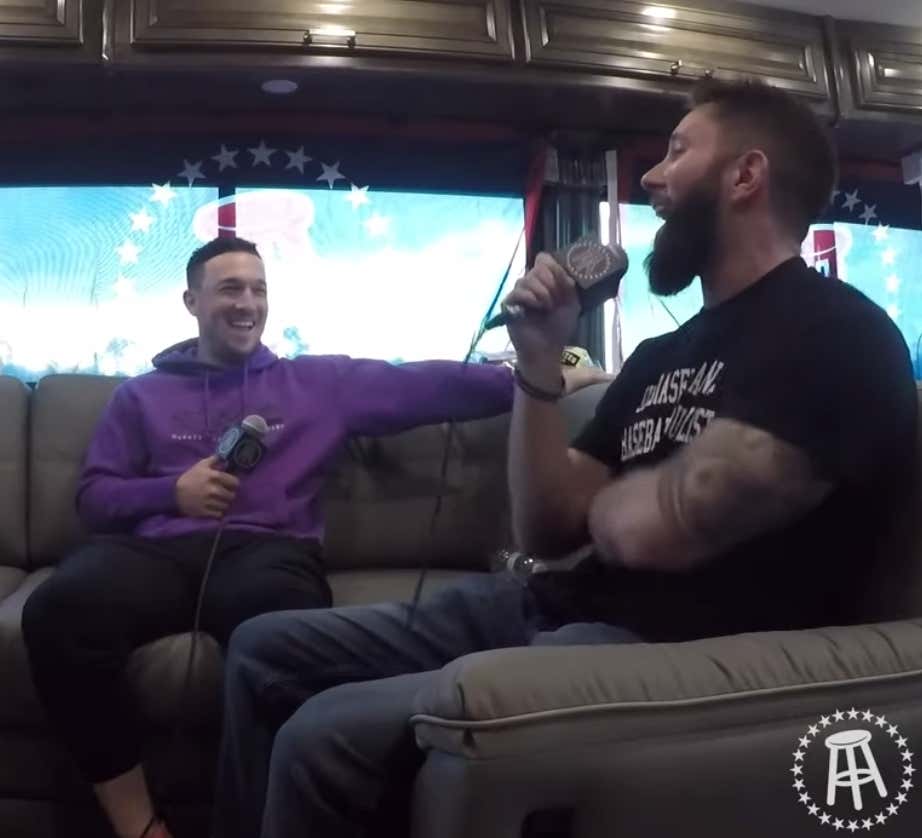 Earlier this week the Atheletic, a website that makes you pay money for content like a bunch of communists, broke a story that threatens to damage the once pristine image of Major League Baseball. In fact if the allegatons are true it would be the biggest scandal to affect the sport in almost a month.

We all know the larger points- the Houston Astros (who lost the wolrd series to the World Series Champion Washington Nationals by the way) have been accused by a former player of using a center field camera to relay off-speed pitches to a player who was standing in the clubhouse banging the shit out of a trash can to alert there batter. Here’s what hasnt been reported: National Baseball Writer Jarred “The Houston Rocket” Carrabis was complicit in the scandal and in fact, may have profited about it.

I recall Jared sitting down prior to game two of the worldseries, warning me that the all-time best postseason pitcher in MLB history Steven Strasburg was about to get shelled by the Astros. He woudnt tell me how he knew this, woudnt tell me why, all he said with a chilling quiet confiedence was “bet against Strasburg.”

And sure enough, Stras got pounded like a 32-gallon simple human for the first inning. After the first he adjusted the signs and his delivery, and what do you know- the Nats came back and won as the ASStros offense completeley stalled. Jared would later go on to confirm that the Astros knew his pitches, but he assured me it was because of “heavy scouting.”

This would go on to be a trend for the entire worldseries, the Astros scored 60% of there runs at home in the World Series in the 1st inning, before the Nats would adjust there pitching because they could tell Houston knew what was coming.

Jarred confirmed this on the radio, saying that he knew about the Astros banging the trash can during the world series. He said it was “a open secret” which is confusing because I recall the report by the atheletic being a bombshell and starting a investigation into impropriety. By “open secret” Jared is confirming he knew what was going on but didnt think to investigate because he is either comprismised, or complicit. Jared also declined to elaborate how they coud possibly have someone in the clubhouse doing a impression of Stomp Out Loud before off-speed pitches unless they had someone using a camera and a TV. Are we to believe the guy in the clubhouse was sitting in a vat like a pregog imagining when Max Scherzer was throwing a slider? Perhaps.

Most damning, Jared ALSO confirmed that during a 2017 interview with his best friend Alex Bregman that the Astros were light years ahead of the rest of the league when it came to knowing what pitches were coming- Bregman claimed it was because of tipping pitches, but every team scouts for tipping pitches.

Best case scenario for Carrabis, he has been used like a little puppet and lied to systemicaly by the Houston Astros organization to be their useful idiot when it comes to propogated the myth that the Astros were by far the best team in the history of baseball at identifying pitchers that were tipping pitches. Worst case is Jared knew this was happening and perpetuated the lies so he could profit financialy and professionally protecting his access to his best friends on the team and there former manager Alex Cora. Either way, we should be asking in the interest of growing this beautiful sport that we all love and care about so very deeply- Is Jared Carrabis Bad For Baseball?

Sound off in the comments