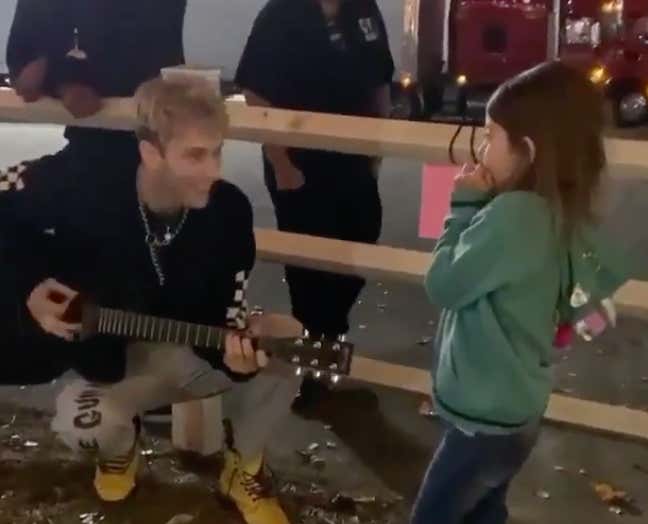 I don’t gang bang, ho (ho) I just gang bang these hoes
And I keep like eight J’s rolled (rolled) then I face ‘em after my shows
And I got your main thing bro on my dang-a-lang where she swang and hang like an orangutan
But you don’t really wanna follow me ‘cuz every one of my boys bang-a-rang
Cocaine (yea), cocaine (yea), my skin white like cocaine (yea)

But then I saw that video and my mind turned upside down. Is MGK FTK now? Did he completely rebrand? WHAT IS THAT LITTLE GIRL DOING AFTER THE SHOW AT MIDNIGHT?!?!!? So many questions I need answered. And it’s not like the song he sang, “Rehab” is a love song…well I guess it kind of is?

I’m not trying to hate on this. It’s an adorable video. And I’m sure Mr. Gun Kelly is a good gent. I’m just confused by the entire scene. Awesome look of him though. Quick 30 second video and the entire internet is wet panty soup over him. 10/10 execution by MGK.