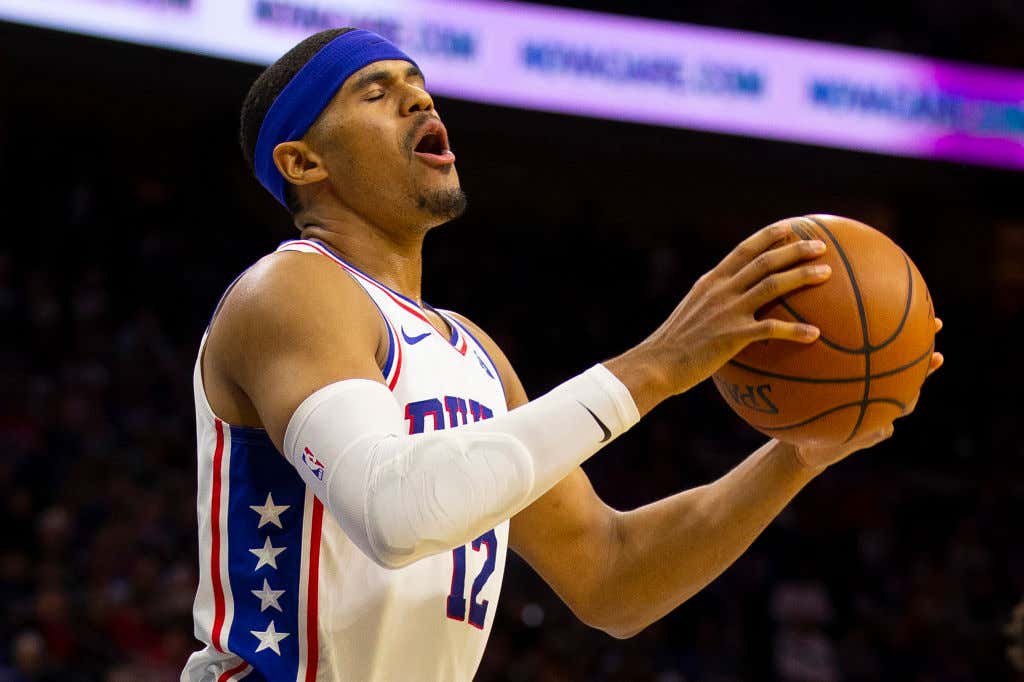 Not to brag or anything but I'm pretty sure I just set a pageviews record here. Because unless you've played in the NBA, everybody should have clicked on this blog.

Last night Tobias Harris went 0-for-3 from beyond the arc. That's actually not a terrible game considering just the night before he went 0-for-11. Against Charlotte on Sunday, Harris was 0/1, in Denver he went 0/2, and in Utah he went 0/1. The last time that Tobias Harris hit a 3-pointer was 10 days ago in Phoenix where he went 1/6.

That is One. For. Twenty-Four in his last 6 games. And it just so happens that in those 6 games, the Sixers have gone 2-4.

Ben Simmons is still terrified to shoot a 3 in an actual NBA game right now and he's still made just as many as Tobias Harris has over the past 5 games.

Here's the only possible positive I can take out of this. Maybe there's a chance that the Sixers are just trying to use up all the suck in this city so that the Flyers and Eagles can go on a little run here. Everybody knows that the city of Philadelphia can't have 3 teams all doing well at the same time. So the Flyers are on a 7-game point streak. The Eagles still have a chance to win the division and they have a huge game against the Pats on Sunday. So maybe the Sixers are deciding to take one for the team here, they realize their season doesn't actually matter until Christmas at the earliest, and then they'll start to turn it on. Are the Sixers for the boys like that? I fuckin' hope so too, dude.