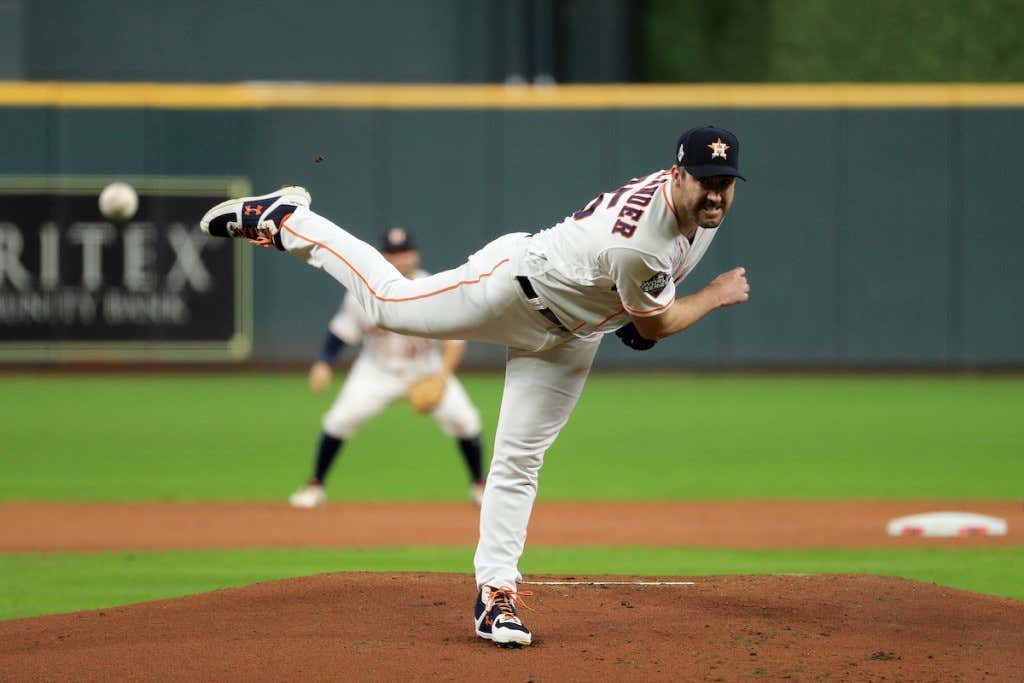 I thought I’d be banging on the “Gerrit Cole got robbed!” trash can a little more, but I don’t think I’m gonna do that. I’m surprised, absolutely. I thought it was a forgone conclusion that Cole had this thing wrapped up, but the voters pulled a fast one on us. Here’s why I’m cool with it.

A few years ago, I wrote a blog about the statistic Average Game Score. It’s a Bill James creation. Almost has a fantasy baseball-type point system to it. It removes all of the things that the pitcher himself is not responsible for and has a weighted system to grade every pitcher’s performance. There’s a game score for each game, and then there’s an average game score for the whole season. When I wrote the blog, I said that if you look at average game score leader at the end of the year, there’s your Cy Young award winner. You know who led the majors in average game score in 2019? Justin Verlander (67.9).

When handing out an award as prestigious as the Cy Young award, you’ve got to look at everything, but those are the main ones that I’m looking at. It was so fucking close. The biggest separations were in wins above replacement and K/9 (advantage: Cole) and innings pitched (advantage: Verlander). But I’m fixated on the strikeouts. The dominance. Cole struck out 26 more batters than Verlander in roughly 10.2 fewer innings. Struck out nearly two more batters per nine innings than Verlander.

Like I said before, I more than likely would’ve voted for Cole here, but that’s not to say that Verlander isn’t deserving. Of course he is. I would’ve been tempted to vote for Verlander because of the innings, but the dominance factor would’ve swayed me. Verlander gave up 36 homers to Cole’s 29. Both aren’t great, but Cole’s got an ERA title, a strikeout title, the best FIP in the league and the highest strikeouts per nine innings. I would’ve went Cole, but Verlander deserves one more on the shelf after the screw job in 2016.