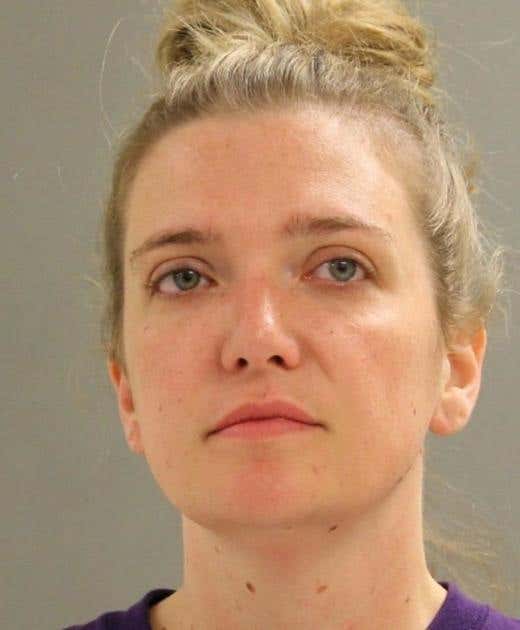 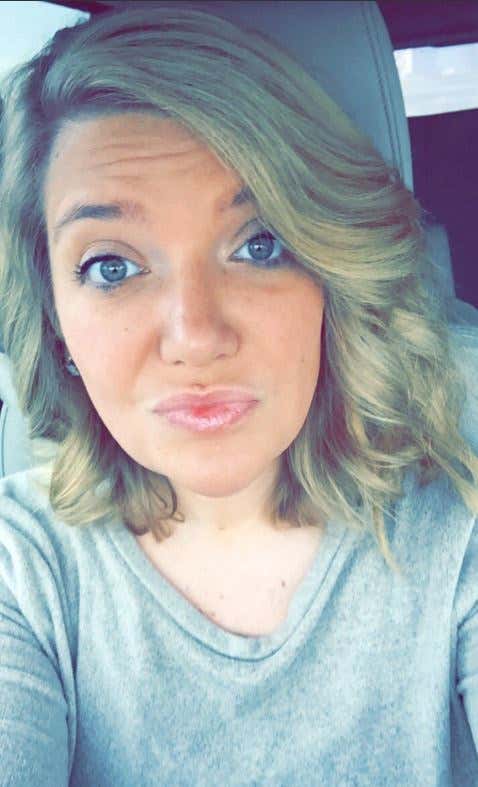 Illinois – A TEACHER who allegedly had sex with an underage pupil at a school faces a lengthy stint behind bars if found guilty.

Kathryn Patten, 34, was arrested last week after Illinois police were alerted to allegations that she had illicit encounters with a schoolboy.

The Dwight Township educator is accused of having sex with the child at a school in the area.

She is listed as a family and consumer science teacher on the Dwight County High School’s website.

The rural school has an estimated 250 pupils and 23 teachers. …

She is the latest US teacher facing charges of having sex with a pupil.

A week or so ago I was talking to Large and Willie and the guys on Barstool Breakfast and, as usual, the subject of Teacher Sex Scandals came up. And those guys sounded genuinely surprised when I told them that not every SST makes the literal grade. I explained how I used to assume that eventually these stories would simply stop happening. That it was a weird cultural phenomenon but a temporary one. And eventually grown women with nice jobs that give them great benefits, summers off and a big pension at the end would watch their colleagues set fire to their careers and decide it’s not worth it for a few minutes of awkward sex with the Two Pump Chumps they teach. But I stopped believing that many years and hundreds of teachers ago.

So now, yes, I pick and choose. Not all of them make the cut. Like any institution that seeks to represent the best interest of the public, Grading the Newest Sex Scandal Teacher needs to be selective to maintain it’s long-established integrity. Unlike say, higher education, awards shows, reality TV and presidential debates, not just anybody can get in. We have standards. It’s what makes this blog great and will keep it great.

Which brings me to Kathryn Patten. This is what barely making it is like. Her story is just OK. Her photos are slightly above so-so. In all, she’s just good enough. She’s that last reserve on the bench. That final passing student to graduate. That placeholder every organization needs to designate to say “If you want to make it here, you have to do at least as well as this.” If GtNSST was an amusement park ride, there would be a sign next to the line that said “You must be at least this interesting or attractive to ride.” So welcome, Kathy. Keep your hands and feet inside the car at all times and enjoy.

The Grades:
Looks: Like I said, slightly above average. It’s hard to believe that it’s all the same person in those photos, but until police mugshots are taken with Snap filters, eyeliner and duckface, or there’s a family portrait photographer standing behind the camera, results may vary. So take them all together and maybe she’s a poor man’s, Illinois Skyler White?
Grade: C+

Moral Compass/Bad Judgment: Details don’t get much scanter, if that’s even a word. I’m strangely intrigued by that bit about her having sex with her student “at a school in the area.” Meaning, what exactly? The two of them went off to some other school to take care of business? What, did they break in? And what was wrong with her school, where she presumably has a classroom and closets that lock and keys to everything? So, so many questions. But since the police aren’t talking, unfortunately they are all rhetorical and I’m left with no other choice but to mark her down.
Grade: D

Intangibles: She teaches Family and Consumer Science. Which, if I remember correctly from “SuperBad” is what they call Home Ec now. Meaning she’ll teach you how to function in the kitchen and the bedroom. How to stretch your grocery dollars as well as your johnson. She can cook … ah, you get the picture.
Grade: B-

Overall: C-. You need to doo better, “US teachers facing charges of having sex with a pupil.” Let’s pick up your game, shall we?