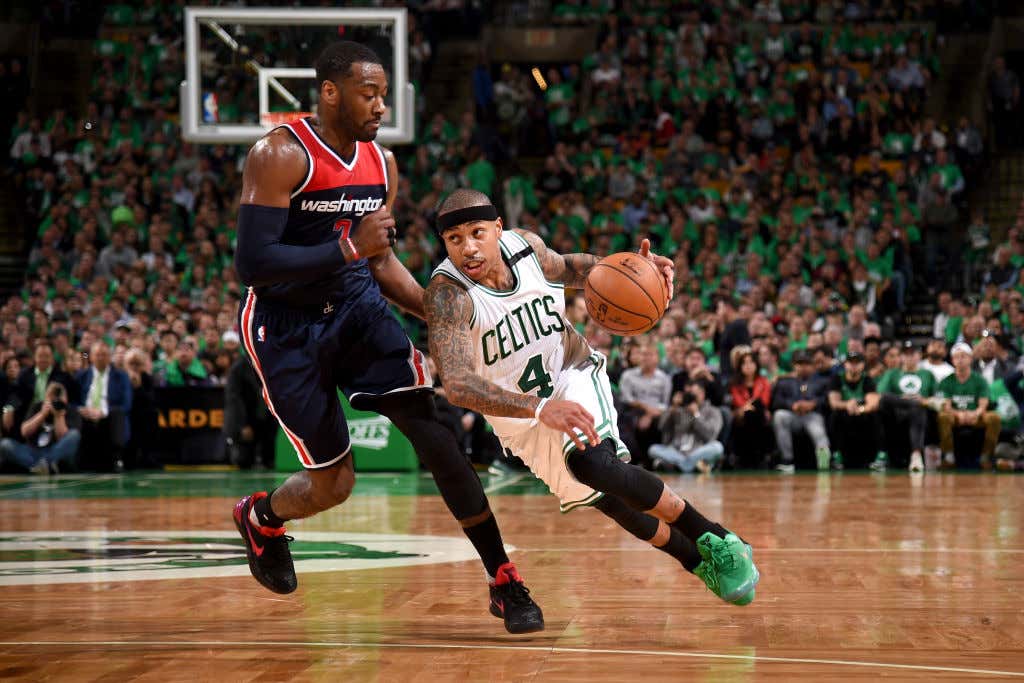 With Isaiah Thomas returning to the Garden tonight this was just what I needed to watch to get my mind right. I know that while he's already had his return and tribute video which was fucking awesome

this is technically the first time Isaiah is coming back at 10000% and an NBA starting point guard. I say give him another tribute video just because, but that's a different topic for a different blog. The purpose of this blog is a look behind the curtain at one of the most exciting Celtics playoff series since the Big 3 era. It had everything you could want and more. Isaiah dropping 53 in a huge Game 2 OT win on the birthday of his sister, nobody able to win on the road, John Wall's game winner, the Wizards wearing funeral black, and how could we forget Kelly Olynyk's Game 7? Single handedly gave Danny Ainge a pass for not drafting Giannis. Well not really, but at the time it I told my brain it did.

Isaiah led all players for both sides in scoring in 5 of the 7 games and averaged 27.4/7.1 on 43.5/44.1% with 3.6 3PM in that series. All time stuff right there and it made sense since he had an All NBA and MVP candidate type season that year. I have to admit, I laughed when John Wall talked about Kelly Olynyk tearing that ass up in Game 7, his words not mine. As we know, Isaiah got hut shortly after this and the Celts were promptly destroyed by the Cavs, but what a run that was when Isaiah was healthy. He proved everyone who said he couldn't show up in the playoffs wrong, it backed up his historic offensive 2016 season and will always be an instant classic series.

I'm sure he's going to get another standing ovation at the Garden tonight and honestly I hope he kills it. After what he gave this team and how it all turned out if you have a heart you should be rooting for Isaiah. Watching these clips is just the reminder I needed of how nasty this dude can be when healthy, and hopefully he has more moments like this in his future.