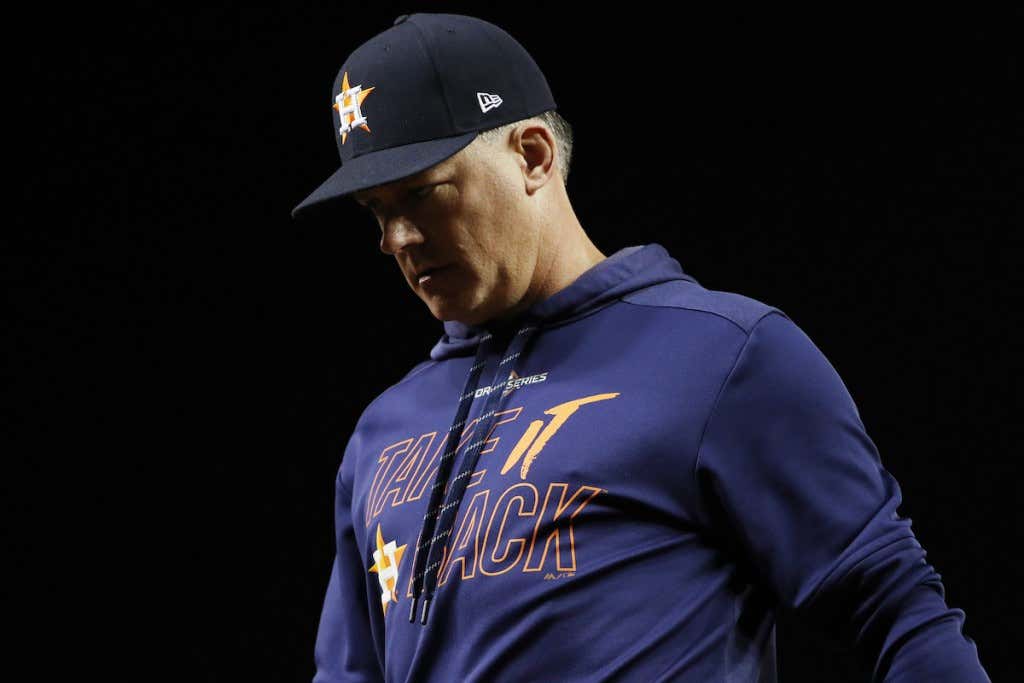 By now, you’ve heard about what the Houston Astros have been caught redhanded doing in order to gain a competitive advantage. Before I, myself, can comment on it, I must disclose that I am a Red Sox fan, which means that I’m a fan of an organization that was caught using Apple Watches to steal signs in 2017, the same year that the Astros have been accused of cheating in. Whatever.

And no, I’m not about to give you the “everybody does it” defense, because I don’t believe that it’s truly everybody who’s doing it. But you’d be naive to think that it’s only teams like the Astros, the Red Sox, and the Cardinals who hacked into the Astros’ database, that have used technology to illegally gain an advantage in Major League Baseball. There’s a good chance your favorite team is doing some shady shit to gain a competitive advantage. Sorry, but that’s just the truth.

I’ve seen how others have reacted to this, mainly Hubbs, and I just can’t manufacture the same anger or shock that’s been going around. By the way, the Yankees were caught cheating in that same year of 2017 and were just never punished for it. 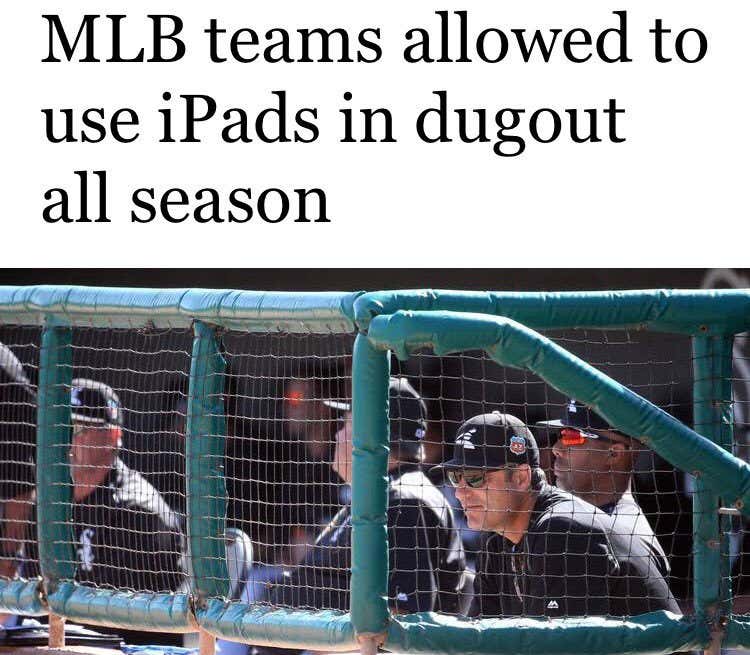 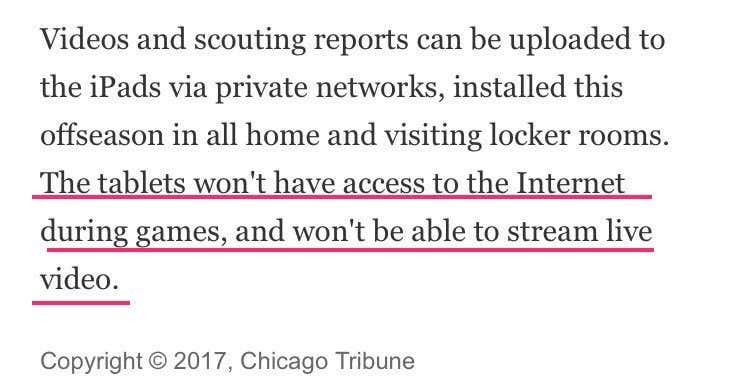 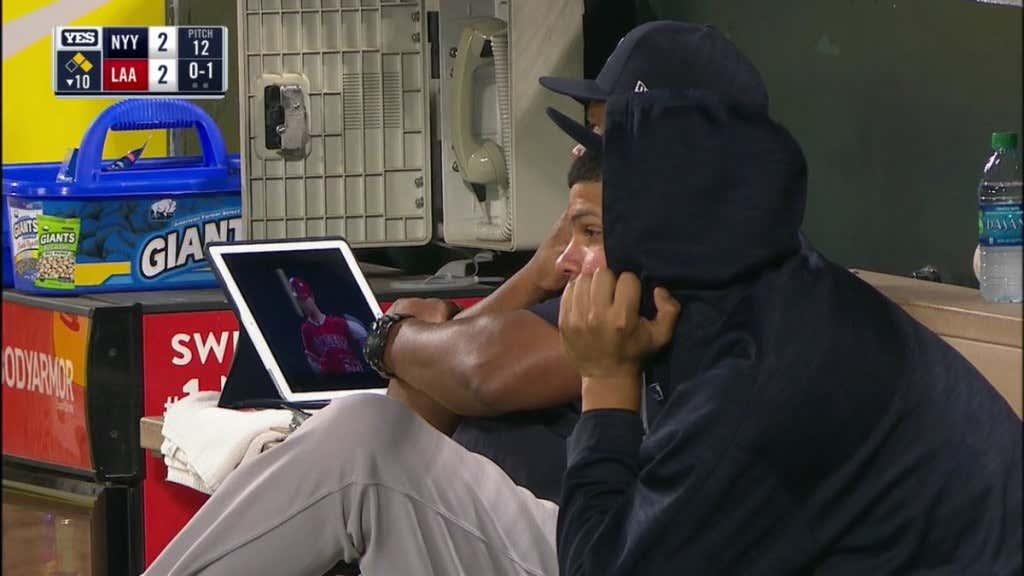 You’ve got Aaron Judge whining about the Astros scandal on Twitter like that would’ve prevented him from hitting .159 in the Division Series and ALCS combined that year. I hate sore losers. The Red Sox got waxed by the Astros in the playoffs in 2017. Not a peep from me. That’s probably because the Red Sox ended up bulldozing them in the playoffs en route to a World Series title the following year, while the Yankees just ended up losing to the Astros in the playoffs again in 2019. It is what it is. Some teams handle their business despite the adversity, and some teams just can’t get over the hump so they make excuses.

Back to the Astros — if I told you that a team got caught cheating, using secret cameras to steal signs from centerfield so that they could be relayed to the dugout and then to the batter, a poll of baseball fans would probably have the Astros somewhere around 97% of the audience’s guesses. Are they talented without cheating? Of course they are. They’re an immensely talented team. But are they super sketchy? Uhhhh, yeah? They sure are.

Obviously it has nothing to do with using cameras in centerfield to steal signs, but it is kind of odd how pitchers go there and immediately turn into Cy Young contenders. The code has yet to be cracked on that one, though. But the whole cameras in centerfield thing, teams have been rumored to be doing that for years. Decades? Does that sound right? That big glass hotel in Toronto out in center? Yeah, I remember there being rumors that the Blue Jays were stealing signs behind tinted windows in centerfield. Nobody ever proved anything, probably because Toronto never won anything and they got rid of Roberto Osuna immediately after discovering how big of a piece of shit he is.

The Astros, on the other hand, have won a World Series, won said World Series in the year that they cheated in, and they could not have acquired Roberto Osuna fast enough after discovering how big of a piece of shit he is. I would say folks have more of a reason to sniff around on Houston than most other clubs. Circling back to the point of the Astros not being the only team who does stuff like this — can we all agree that we’re glad the Astros were the first team to get caught at least? We can? Awesome. Fuck that front office for gaming the system and acquiring Osuna as a buy low because other teams have morals.

The Mike Fiers aspect of this story is very intriguing to me. It’s not often that you have a big story like this with an active player being used as a source, who also has no problem putting his name to the quotes that he’s given. I haven’t seen too many people on the internet throwing out accusations of Fiers being a “snitch” of sorts, but I’m sure that’s out there, however fair or unfair that might be. My first thought was, good for him for not wanting to live with the lie that the team he won a World Series with in 2017 accomplished that goal fairly. They clearly did not.

But then I also wondered how this might impact Fiers’ career moving forward, as, like I said earlier — other teams are definitely doing shady shit, too. Are you going to want Fiers around now if you know this type of stuff doesn’t sit well with him and he’s a known whistleblower? I would think not. Luckily for Fiers, he’s under contract with the Oakland A’s this season, and I don’t think that they can afford technology to cheat with.

Can I also just say that I truly appreciate the art of stealing signs? I think it’s fascinating, and I think a lot of casual fans don’t understand that stealing signs is actually legal. You just can’t use technology to do it, obviously. But being a runner on second base, decoding signs and finding a way to relay that sign back to the hitter — I love that shit. First or third base coaches stealing signs and getting them back to the hitters. It’s all fair game, baby. Just cut the shit with the cameras and the watches and we’re good.

So, while I might not be outraged by this, nor am I shocked; I absolutely think that there should be a harsh punishment handed down by the league. I mean, this was some next level shit that they were doing. Cameras were decoding signs, signs were being relayed to the dugout, people in the dugout were banging trash cans to relay signs to the hitter at the plate. It was multiple people who were in on the scheme and surely there were individuals who knew that it was going on even if they weren’t directly involved. Like, ya know, Mike Fiers. That, and the arrogant comments made by AJ Hinch this year after his team was accused of relaying signs by using whistling. He was basically daring anybody to prove that what they were doing was cheating. Well, be careful what you wish for, Skip.

I guess if you take a step back from all of this as an individual situation, it is kind of funny to realize that cheating is as much of a part of the game of baseball as anything else incorporated with the sport. It goes all the way back a hundred years with the 1919 Black Sox scandal, corked bats, scuffing baseballs, groundskeepers intentionally altering fields to favor the home team, Pete Rose betting on games, pine tar, steroids, and now video cameras and Apple Watches.

Baseball and cheating go together like Hubbs and Rogaine. Whether you want to admit it or not, they’re just linked together forever.