This story should be a movie. All you ever hear about when it comes to gang violence, prohibition, and the roaring 20s in Al Capone and the Chicago gangs. Turns out that there were gangs all over the entire State. Down state Illinois had some of the most vicisous gang wars. The Sheltons vs the Birgirs made the Hatfields and McCoys seem like a tea party. They had a armored cars, artillery, and conducted the first and only mainland aerial bombing in United States history.

The Sheltons decided that they needed to attack one particular Birgir gang out post. It was heavily gaurded so the Sheltons commandeered an WWI era jenny airplane 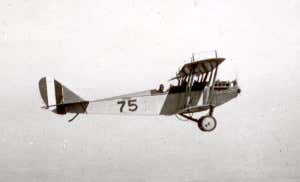 They had the pilot fly over the outpost called “Shady Rest” with three homemade bombs that were basically just sticks of dynamite. Shelton threw all three bombs out of the plane, only one exploded, and it supposedly killed the Birgir family dog and nobody else. And that is that. The only bombing on US soil came in Illinois by a bunch of gangsters battling for bootlegging territory in Southern Illinois. Make it a mini series on HBO. Put Kevin Costner in it. Call it a day.

PS: Charles Birgir was the last person ever to be publicly executed in Illinois 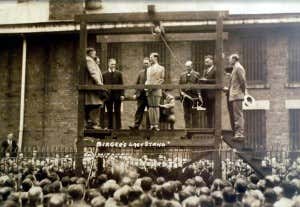