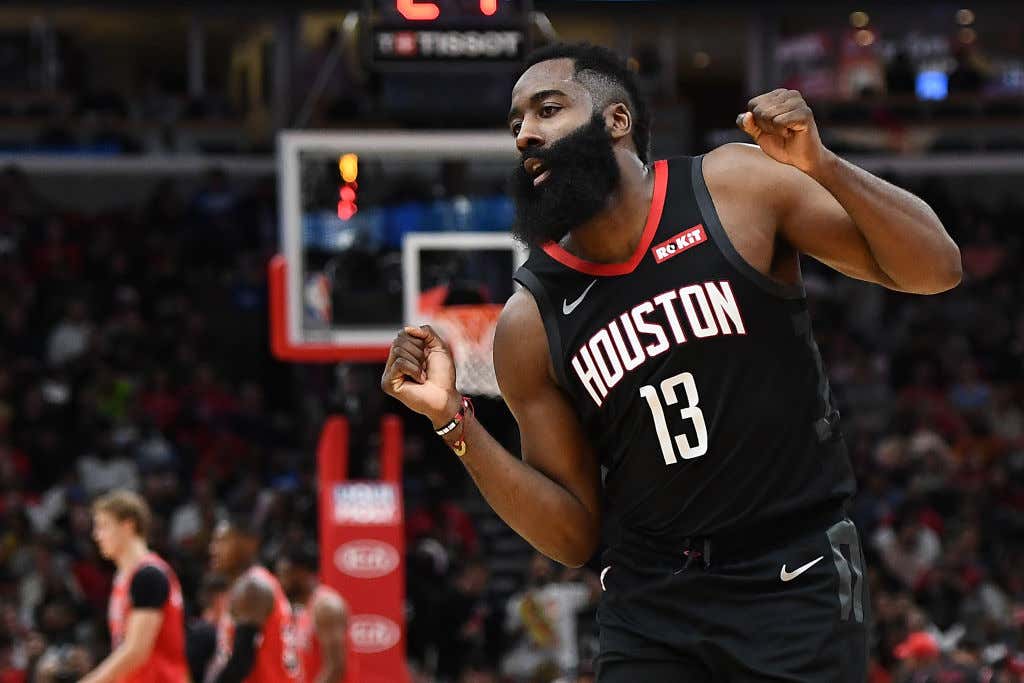 Good morning everybody happy Tuesday and welcome back to another edition of Last Night In The NBA where we bring you up to speed on everything that went down from the night before in the Association. It was a relatively light night with only 6 games on the schedule but we once again got a mix of everything. There were upsets, some NBA history, and some late game drama so if you spent the night watching MNF or something and missed the action here's what happened.

So it's pretty clear that MIN is showing no desire whatsoever to play defense, but you know what if Andrew Wiggins is going to actually turn into a legit NBA player who really tries and continues to be an offensive force I;m not sure it matters. You pair that with an already devastating KAT and the Wolves two franchise players both look like guys who are making a leap

most things are going to run through these two and last night was no exception. They accounted for 37 of their 89 shots, made 7 3PM between them and the Pistons never really had an answer for them all night. The Wolves got off to a huge start with a 41-26 first quarter and never really looked back from there. Jake Layman gave them enough on the second unit as a secondary scorer

and suddenly MIN finds themselves 4-2 on the road and above .500 on the season. Again the defense is a concern and will most likely always be with this team, but they're offense is just explosive enough right now where they can compensate for it and win games.

For DET, the good news is Blake Griffin is finally back making his season debut last night

and he basically looks like the same old Blake which is awesome because a healthy Blake Griffin rules. You know what else rules? The play of Luke Kennard this season. A guy not a lot of people talk about but he continues to be absolute nails for a Pistons team that desperately needs someone to step up and be that third guy after Blake/Drummond

It's not often a team with 44/50% splits with 16 3PM loses at home but that's what happens when you find yourself being allergic to defense. One bad quarter did them in but we often see that happen with inconsistent teams on that end. It's been hard to evaluate this team with Blake gone, but now that he's back we'll see if this team can get back to being a middle of the pack team in the East.

JJJ pretty much had his way with the Spurs frontline and even showed his ability to stretch the floor and make 4 3PM which you have to love as a MEM fan, but they also did a very good job at limiting TOs (11) and their two bigs were very much a problem. Smart, efficient basketball is something we usually see the Spurs play but last night they got a taste of their own medicine. Much like MIN they got off to a great start in the first quarter building a 13 point lead and even though they immediately gave it back in the second quarter, good mental toughness to once again go on a run in the third quarter to regain control. The Grizzles are gonna lose a bunch this year, but they'll also have nights like this where you can see their potential. Remember, their best player didn't even play well and the still won.

For SA, at some point it should be talked about how LMA and DeRozan put up numbers but end the night with negative +/- right?

it's really weird that's the case given they are the Spurs best players. But lat night it was more the second unit that kept them in this game with Rudy Gay and Derrick White more than holding their own

this was one of those games where the Spurs were their normal efficient selves and they took good care of the ball, they just didn't have any answers defensively for JJJ and it cost them. Now they're hanging on by a thread in the West and need to find a way to get back to their defensive roots after just getting manhandled in back to back games in their own building. Not great!

We'll be talking about the Celts in their normal blog so we'll focus on DAL here. Let me just say, as someone rooting for the team playing Luka Doncic, it is an absolutely terrifying experience. He commands that much respect because the man is a certified beast

I will say Marcus Smart did shut him down, just 4 points on 25 possessions, but if you are in a close game and you have to play Luka there is no way you are comfortable. That's pretty impressive as a 20 year old and honestly not something I've felt since LeBron. You just always assume Luka will make a dagger three/play when the pressure gets highest.

and you're not going to beat the hottest team in the NBA who is playing at home unless all your big guns are firing. It didn't help they shot just 41/26% but they aren't the first team to be shut down by this Celtics defense. They came into this game undefeated on the road and the highest scoring road team in the NBA, so I would argue maybe they were due for a performance like this.

Were you maybe a Rockets fan that was nervous how James Harden and Russell Westbrook would mesh this time around? That maybe Harden's scoring would suffer? Well, what if I told you he just made more NBA history?

Seems pretty good to me!

Oh and that Westbrook character? Yeah he did his thing as well showing that this backcourt duo can be pretty damn terrifying when everything is clicking

always a good sign when HOU still puts up 120+ even while shooting 29% from three and with 17 TOs. It's a little concerning that they still can't stop a nosebleed, even against the Pelicans, but hey their record is nice, a win is a win and they got stops when they had to I guess so that's all that matters. Make no mistake though, if their defense remains this bad against good West teams they'll be in trouble.

For NO, no Brandon Ingram which stinks because he's having a career year but they did get good performances from basically everyone that played so there's that

Outside of the first quarter they pretty much played HOU even over the last three, and that's impressive considering they were without Ingram and of course Zion. As a young rebuilding team this is what you ideally want, you want some good performances from your young talent and to remain competitive, even if you lose. I'd say that describes things perfectly.

It feels weird picking on the Warriors but when you have the worst roster in basketball shit like this is going to happen. You're going to get blown out in front of your own fans for the billionth time and there's not much you can do about it. Sure DLo looked great and had 33

and sure Draymond Green stayed on brand and received the first ever ejection in Chase Center history, but outside of that it was mostly a disaster once again. UTA had too much depth, too much balance and the next time the Warriors actually play good defense might be their first. Not great giving up 69 points in a half to get things started but again, they are barely an NBA team with this roster so I'm not sure what you expect.

For UTA, these are the wins you gotta have to remain competitive in the West. Can't dick around and lose to junk teams and their starters made sure that would not be the case

tough to beat this team when they throw up 49/45% splits with 16 3PM and turn it over just 12 times but that's ehat good teams do, and this win brought them one step closer to finally being .500 on the road. For UTA to do anything this season, they have to be able to win away from home, that's a given.

I'm sure the Raptors really wanted this game so they could rub it in Kawhi's face, but they forgot about the fact that your old hoes aren't thinking about you. It was already going to be a tall task given Lowry/Ibaka are both out, and for the most part they were well on their way. Siakam did his best to fill in with 16/10/6, and the same for FVV who threw up 14/8, shit they even had this awesome block by Chris Boucher late

but see the problem was the whole only scoring 10 points in the fourth quarter thing. Losing the quarter 25-10 and losing the game by 10 feel related. I don't know if they ran out of gas of what, but that's a tough pill to swallow especially when they had the opportunity to sweep both LA teams. Only getting 2 min from OG before he got poked in the eye was tough, but man what a blown opportunity this was.

For LAC, shit they played terrible. Just 37/22% splits, 19 TOs, Kawhi went 2-12, if not for Lou Williams and Montrezl Harrell off the bench this doesn't end well for them

in the end winning ugly still counts and 6-1 at home is 6-1 at home and it just goes to show the mental toughness of this group that they can be that inept for 90% of the game yet find a way to get their shit together in order to pull away late. Oh and PG13 is about to come back too so good luck everyone.

And that's it! You're now caught up with everything that went down last night in the NBA. We're back tonight with 8 more games and you know the drill if you can't watch them all. Have a great Tuesday!