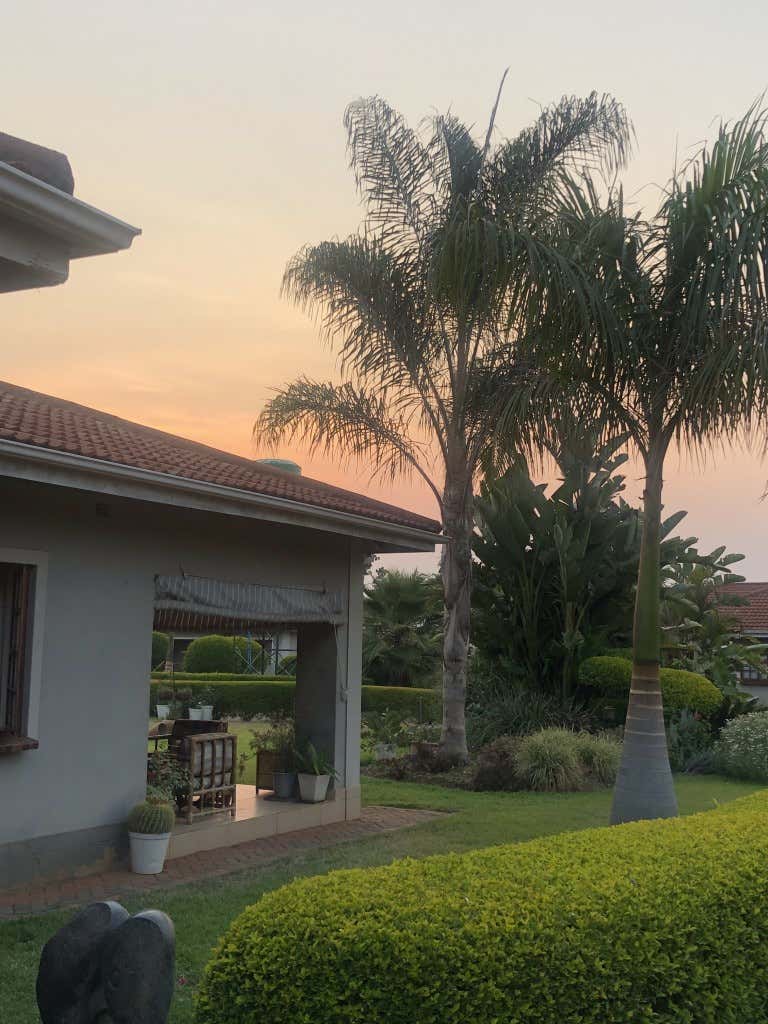 We just got backs to Zah’s parent’s house which is where we’ll be closing out the ZAHNNIE DOES experience. Even though Zah’s parents are definitely upper middle class in Zimbabwe, they still don’t have electricity most days from 6AM-9PM due to Zimbabwe’s “complex” political and economic situation. That hasn’t stopped us from leading a normal life though. After returning from our weeklong road trip, we decided to hit a local watering hole with our guide Fuzz called “The Tin Roof” to do what most people our age would do on a Friday night. GAS Beers. DUMMY Fireball Shots, and DIESEL whiskey.

After getting sufficiently toasted, we snuck back home, tiptoeing so as to not wake up Zah’s parents. Mission not accomplished. Mrs. Chimedza wasn’t upset tho, she just wanted to make sure we knew she had cooked us a bunch of oxtails  if we needed a midnight snack.

Saturday morning I was awoken early by Zah’s Dad wanting to show off his Barstool golf merch. Must be nice getting this much free publicity Foreplay. 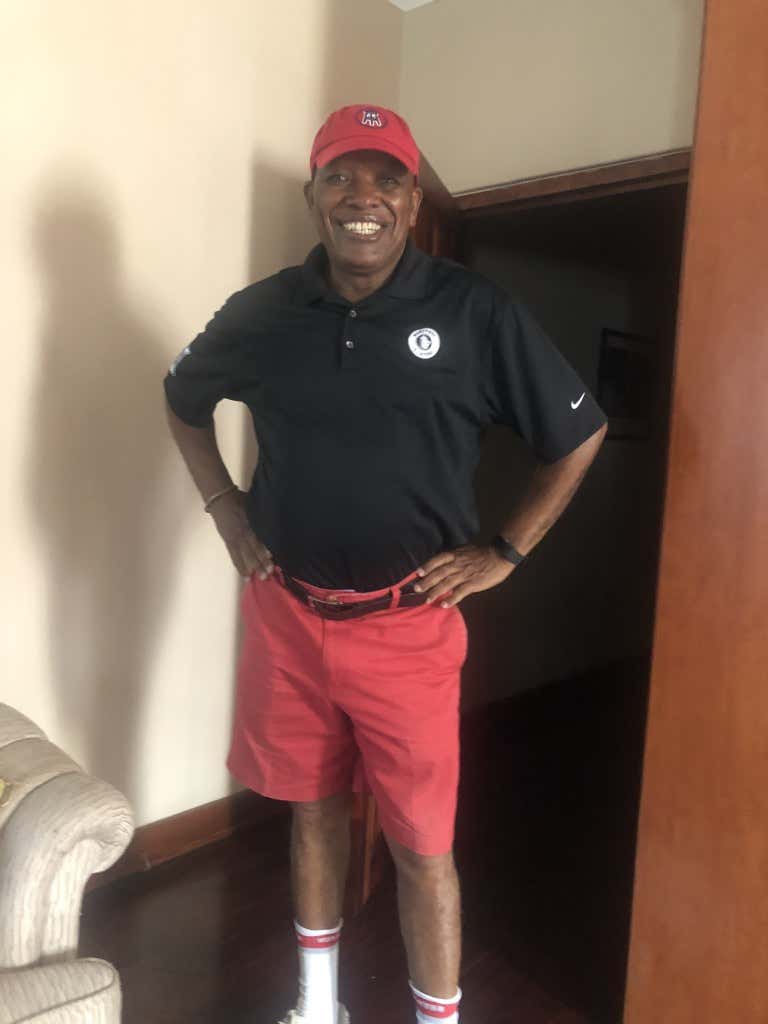 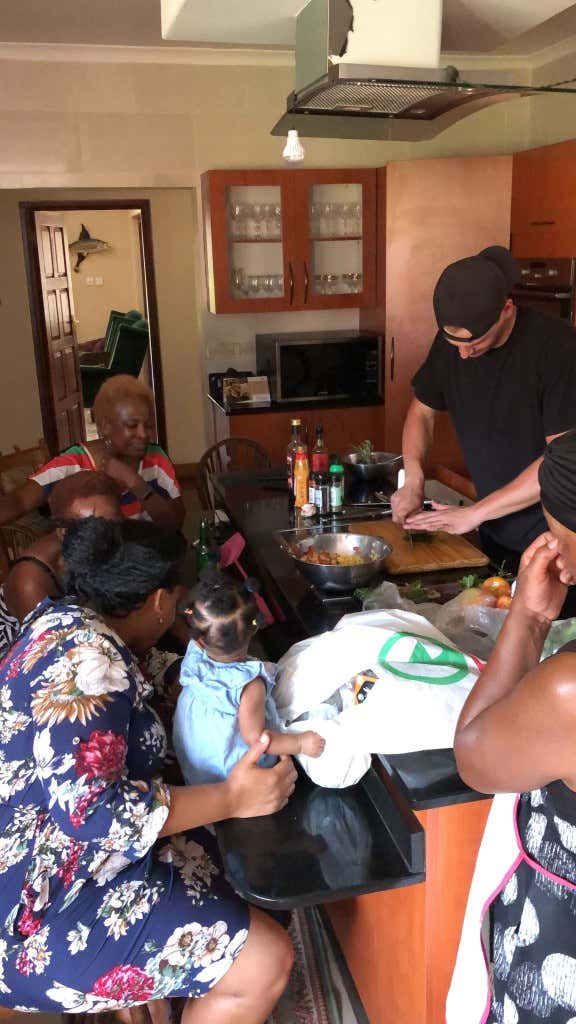 I smoked a fat doink with Zah’s gardener, Stewart. Almost everyone I’ve met in Zimbabwe speaks great English but Stewart is still learning so this was the extent of our conversation.

I then agreed to buy him a pair of shoes as he was nice enough to share his ganja with me. Stewart’s a good guy. Next up was babysitting duty. 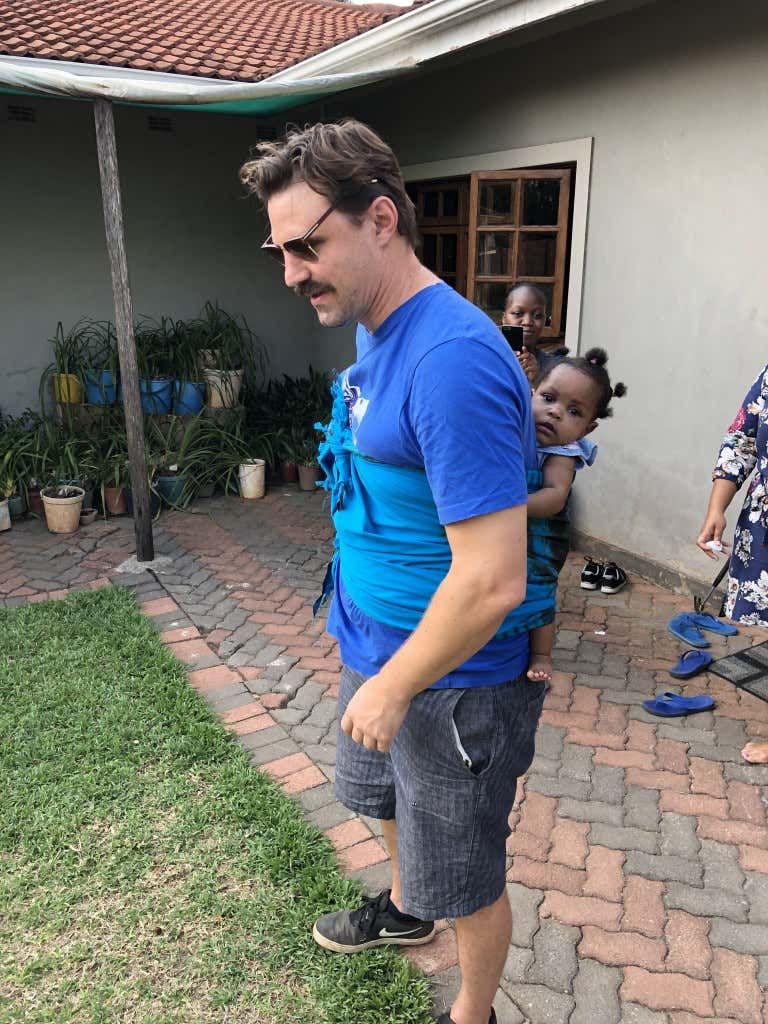 I’ll be firing out a couple more updates from our trip before I head out on Wednesday but wanted to give a quick shoutout Zah and all the people who bought his Africa shirt to raise money for the cyclone last Summer.

We visited the area of Zimbabwe hardest hit by the Cyclone and partly thanks to you guys raising 25K, they have begun to rebuild. It’s cool seeing stoolies come together to help an area of the world that a solid chunk of you had never even heard of before Zah came into the picture. Thank you to everyone who helped. Wicked proud.