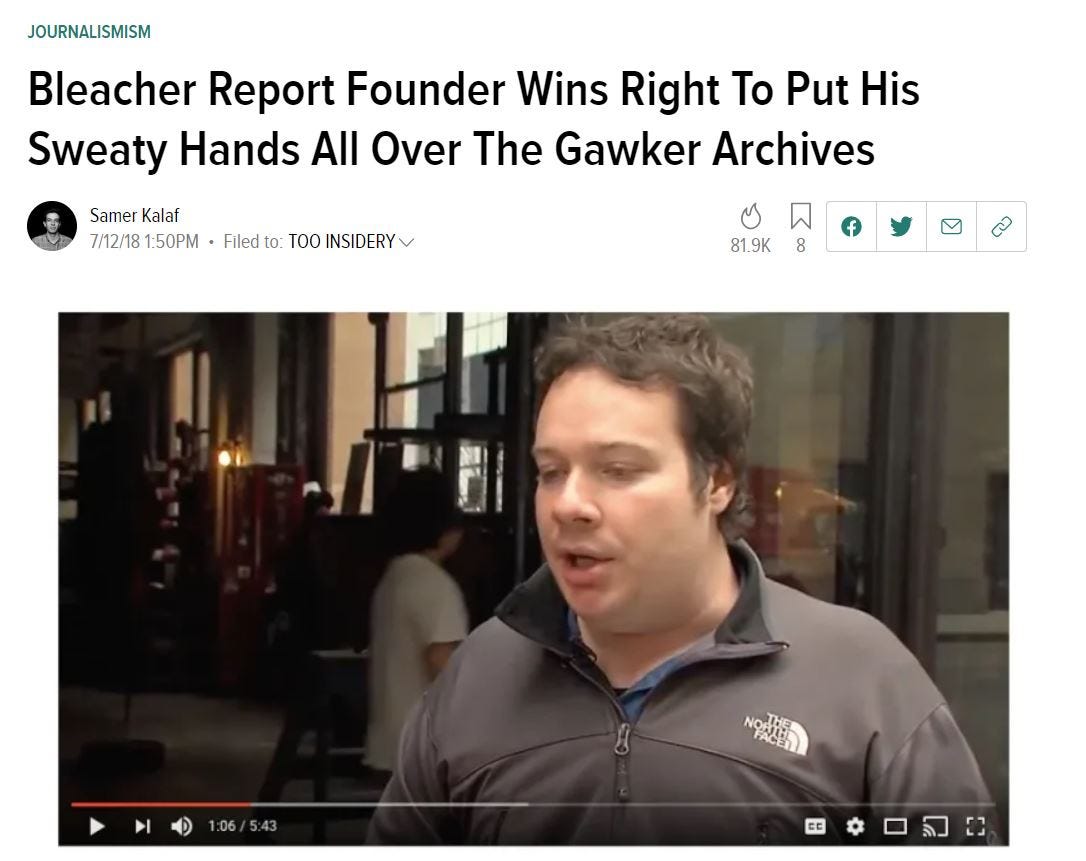 From Samer  - The archives of our former sister site Gawker now belong to this goon. Bryan Goldberg, the founder of Bleacher Report, a sports site for idiots, and Bustle, the women’s site that assumes women are stupid, won the rights to the defunct Gawker.com in a bankruptcy auction today, as reported by the Wall Street Journal. It’s not clear why Goldberg, who received a lot of media coverage after he chose to found a women’s interest site for the most cynical, self-centered reasons, would want to own Gawker and the ability to delete anything written on it. Perhaps it was this post which admired how precisely brutal that New Yorker profile was about him—“With his puffy face and untrimmed hair, he resembles a giant six-year-old,”—or this article, with the headline “Who Gave This Asshole $6.5 Million to Launch a Bro-Tastic Lady Site?” Maybe it was one of these blogs that irked Bryan so much that he decided wanted to spend (a reported) $1.35 million on the site that wrote it. If he doesn’t cremate Gawker’s corpse, but instead tries to revive it, it’s a sure thing that the result will be substantially dumber than the original thing.

Vs.
Samer at his new job The Outline Today
Wikipedia - In March 27, 2019, it was announced that Bryan Goldberg and his company Bustle Digital Media had bought The Outline 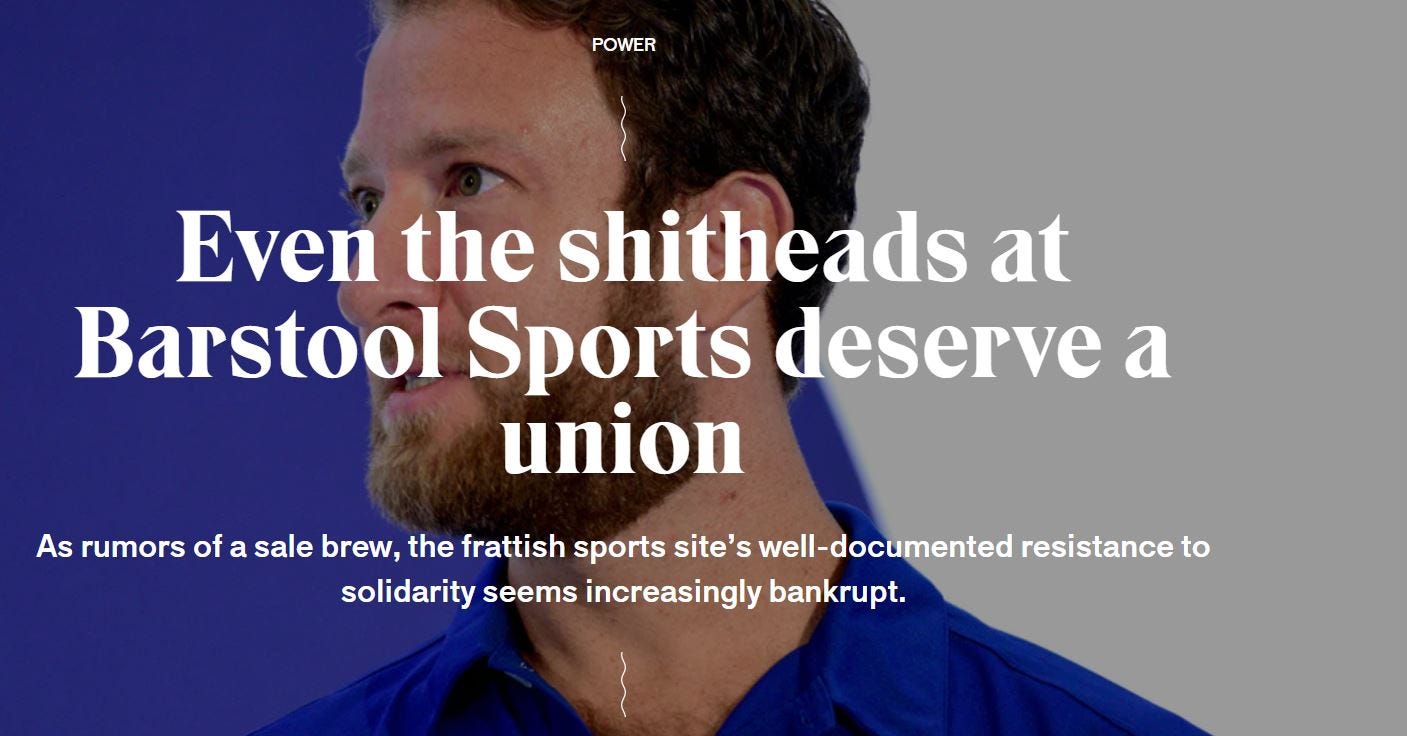 So today Samer Patoof reappeared.  He wrote another hit piece on us at his new company, something called The Outline.  I'd never heard of it before and really tried my best to ignore it. I mean I knew once Deadspin died that all the corpses would re-emerge like zombies in new places and write the same exact hit pieces about Barstool they always have. But even I couldn’t predict this one coming. Samer Kaloof lecturing Barstool employees how they need to form a Union while simultaneously admitting the Gawker Union did nothing to save them from total and complete destruction. But that’s not even the most hypocritical part of the story. Somehow Samer is now working for the very guy who bought Gawker and Samer wrote a hit piece about calling him a “goon” and everything else under the sun when he bought it. A guy who seemingly stands for everything that Samer and his comrades despised about their former owners at Deadspin. I mean it’s literal insanity. Did he not think people would put together this connection? Regardless one thing is becoming abundantly clear with Samer. He has no morals or ethics when it comes to collecting a paycheck.   He will roll over like a dog and ignore his personal convictions and beliefs if you wave a couple bucks in front of his face.  Therefore I will give him the same offer I gave Barry Petchesky. I will pay Samer 100K a year to be my butler. Full benefits included. I mean if he’s willing to work for a guy who stands for everything he claims he hates why not me? I’m sure I pay better.

PS - I'd be lying if I said I didn't love how the headline above my picture is "Power."   Fucking right I have power.