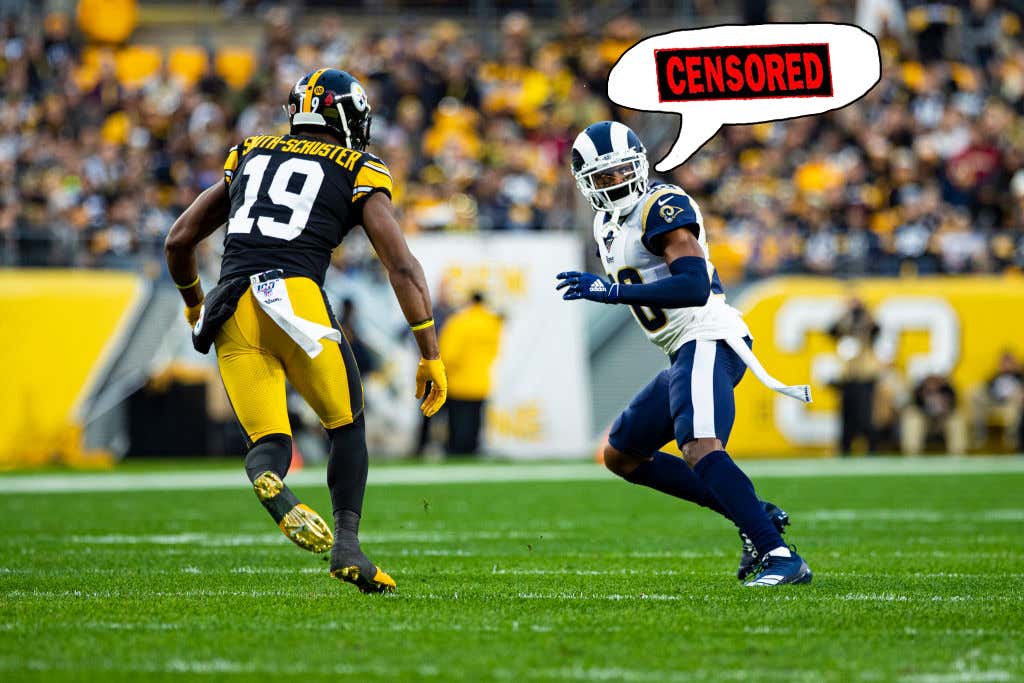 When the Los Angeles Rams traded for Jalen Ramsey a month ago, a part of me was incredibly frustrated and disappointed that the Philadelphia Eagles weren't more aggressive to pull that move off earlier. It was a glaring need for the team and considering the Eagles can't draft for shit, it's not like they would necessarily miss the two 1st round picks that went to Jacksonville in return, especially when considering the best the Eagles could hope for is that one of those picks turns out to be almost as good as Jalen Ramsey.

But they say that time heals all wounds. And about a month after the Rams picked up Jalen Ramsey, I couldn't be happier that he's not on the Eagles. And not because the team doesn't need a player with his skill set (they do). But because according to sources, Jalen Ramsey has a nasty little potty mouth on him.

Poor JuJu couldn't believe the words that were coming out of this man's mouth. In fact, poor JuJu didn't even recognize some of the words that were coming out of that man's mouth. Think of the kids, man. These kids idolize Jalen Ramsey. They want to be just like him when they grow up. So now JuJu Smith-Schuster is going to go home for Thanksgiving this year and he's going to be stringing together cuss words like there's no tomorrow. All because Jalen Ramsey is out there setting a poor example.

When it comes down to it, you have to question his character. He's an all-pro talent, sure, we all know that. But does he have all-pro character? Not if these allegations are proven to be true. There's just no fucking room in the game for that kind of bullshit, ya know? Sure seems like the Eagles dodged a big ol' fuckin' bullet on that one.

Sidenote: Have to imagine that spending some time around hockey players didn't necessarily help out Jalen Ramsey's cursing problems.