Since before the season started the Miami Heat have made one thing abundantly clear: they do NOT like Dion Waiters. He was suspended to start the season for conduct detrimental to the team. Now he’s going to miss another 10 games for being too high to remember how to breathe. It’s November 10th. I wonder, who on the Heat has a history of hating lazy, self-entitled teammates who don’t show up to lift weights at 3 AM in the ongoing pursuit of greatness? 🤔🤔🤔🤔🤔 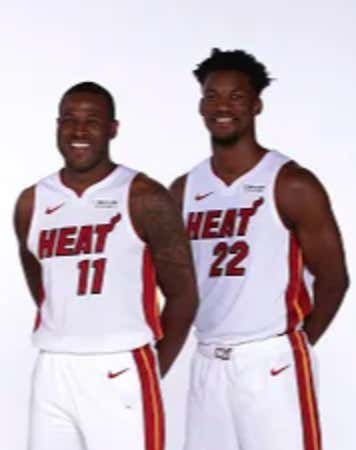 Am I saying Jimmy Butler dosed Dion with weed before their team flight in efforts to have him suspended? Yes, yes I am. I can’t prove it, and the most logical scenario here involves Dion eating far too many edibles and freaking the fuck out on a team flight. But if this is the actual excuse the Heat themselves are choosing to run with, then I’m forced to make up a wild series of events in my brain where Pat Riley instructed Jimmy Butler to slip an edible into Waiters’ possession, sit back and wait for him to fail drug test on top of drug test until they can cut him without paying him.