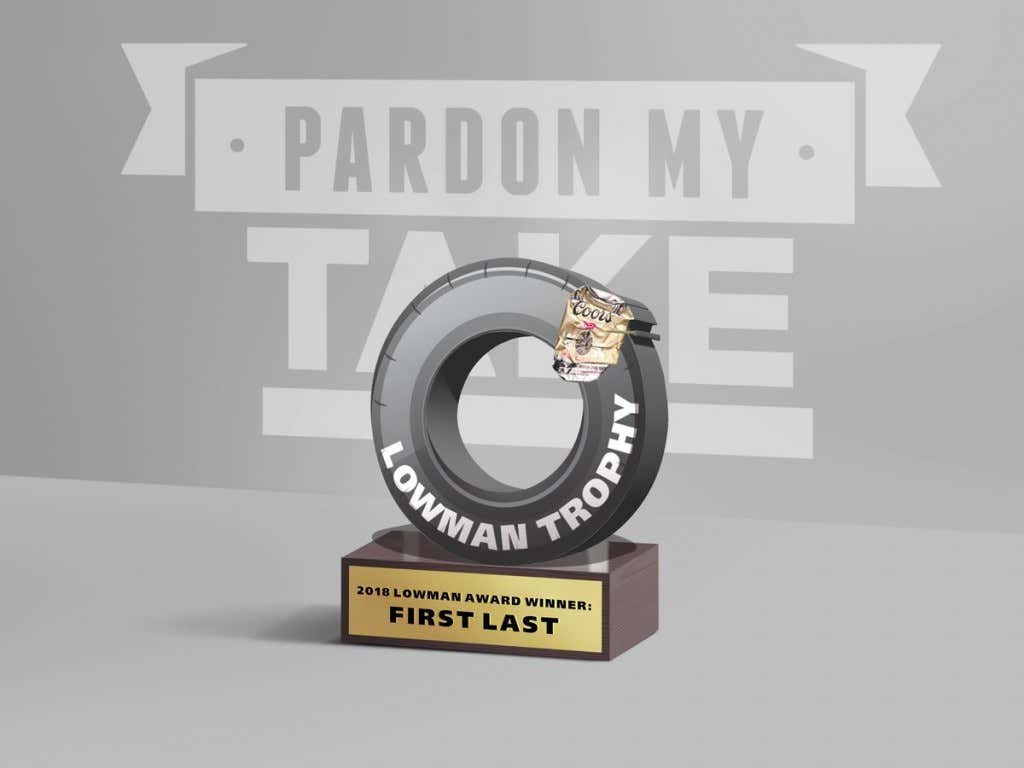 We have our preliminary watchlist for the Lowman Trophy Award, presented annually by PMT to the nations top college fullback. The Lowman Trophy committee is made up of each member of Pardon My Take, Lorenzo Neal, John Kuhn, Mike Alstott, Danny Vitale, Anthony Sherman, Aaron Ripkowski, Tom Fornelli/Hank, Jacob Hester, Vontae Leach, and others. Quite a squad weve assembled.

Some highlights from the list: Ben Mason is back depsite playing a majority of his snaps at DT. We have 3 different Wisconsin FBs including one who was nominated even though he plays on the Raiders. Also theres a guy name Richard Worship thought that was pretty cool. It was announced yesterday on Pardon My Take:

Tory Carter, LSU (he then in turn nomnated Ben Miles from Texas A&M. So I’m going to put him on the list as well because anyone whose ben nominated can then in turn nominated another player. Its the way of the fullback, and thats a rule I just made up just now)

AJ Dillon Boston College (not technicaly a fullback but he was nominated three times by the committee. Take it up with them)

Alec Ingold Wisconsin (is currently playing on the Raiders. See above)

Connor Slomka, Army (Cons told me about this guy 6 month’s ago. Credit to him)

Congrats to the nominees. We will whittle the list down to 5 finalists at the end of the month, and we will announce the winner prior to the Heisman, which is fitting to have a fullback lead the way yet again.