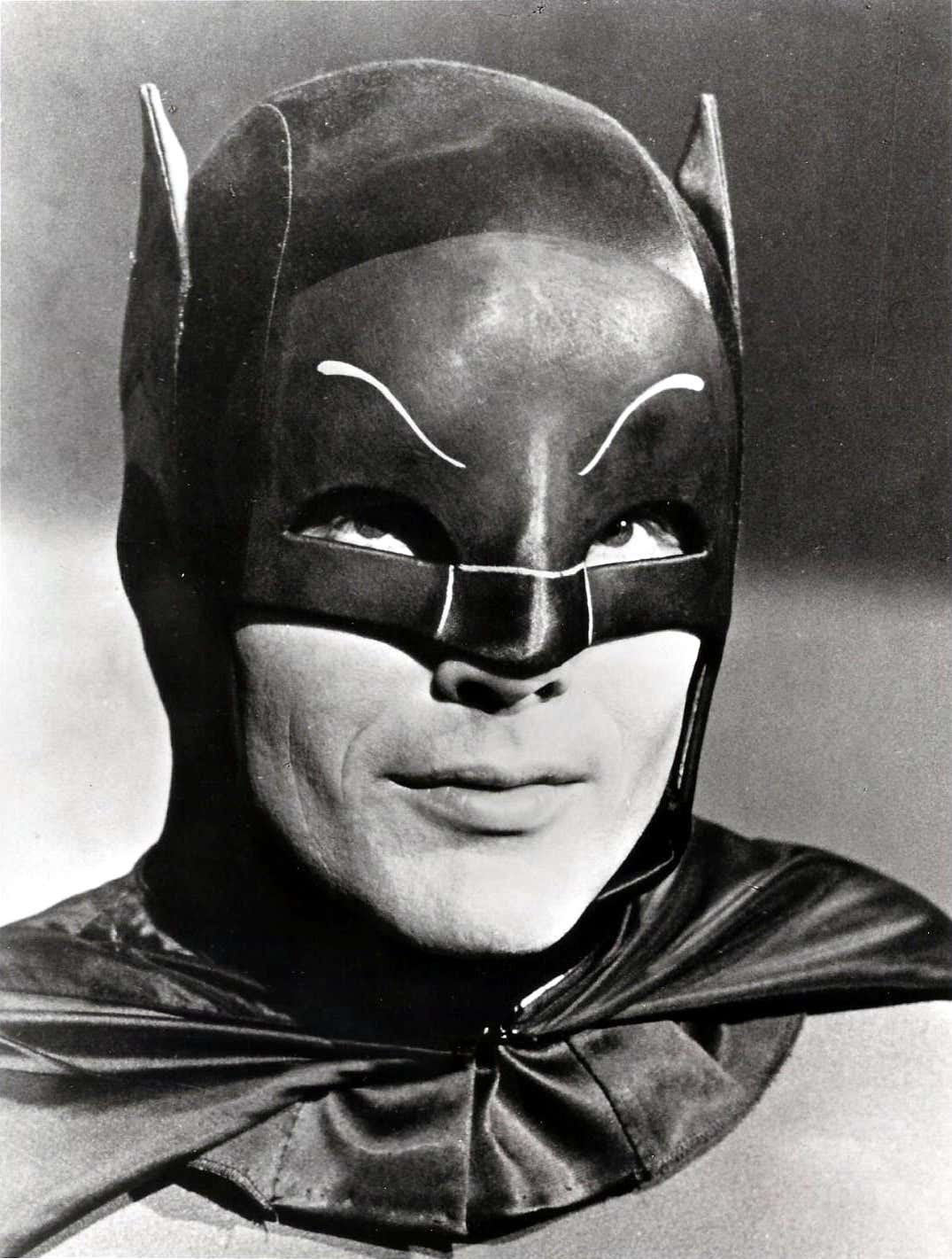 ICYMI, Robbie and I took a stab at casting a Batman movie yesterday. We our picks up for a vote, and gave you guys a chance to tell us who YOU think should play some of these iconic characters. Here is the results: 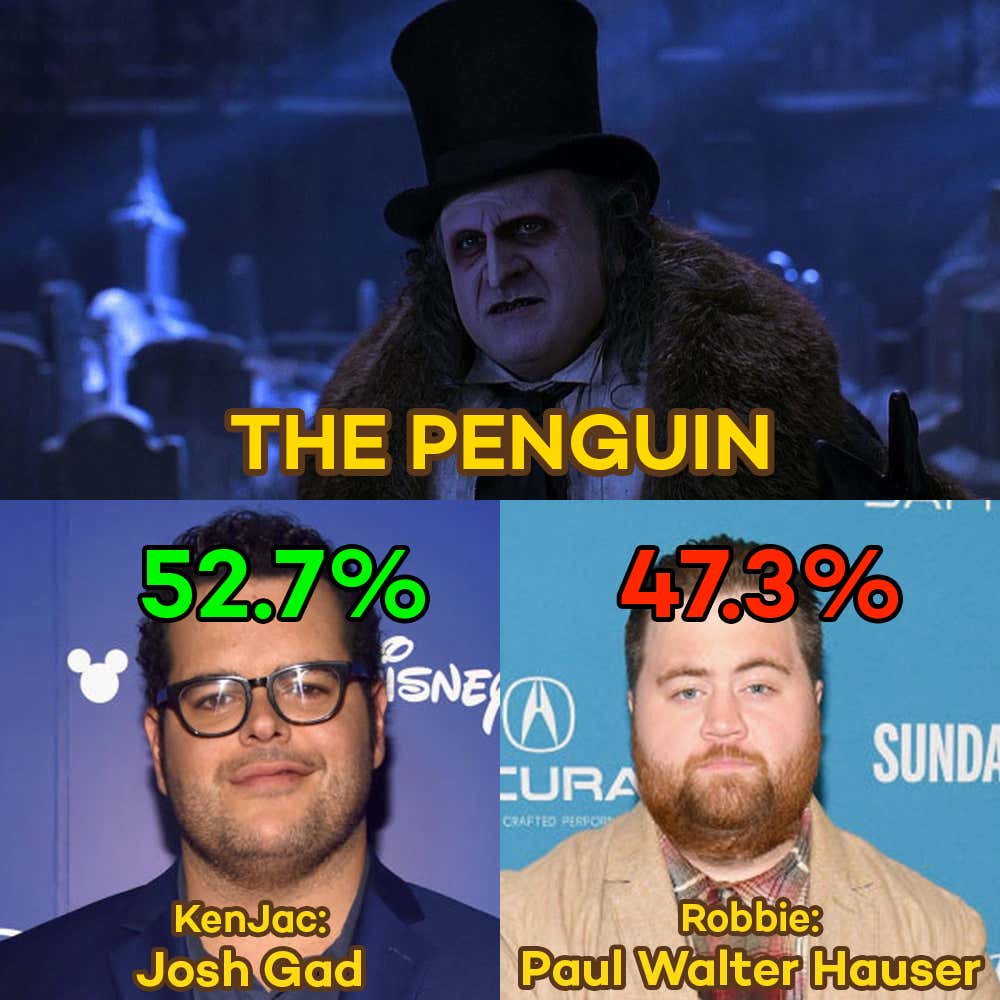 Kenjac: Yeaaaaa my bad, forgot to add the other option on this one for you guys. I like our picks regardless. 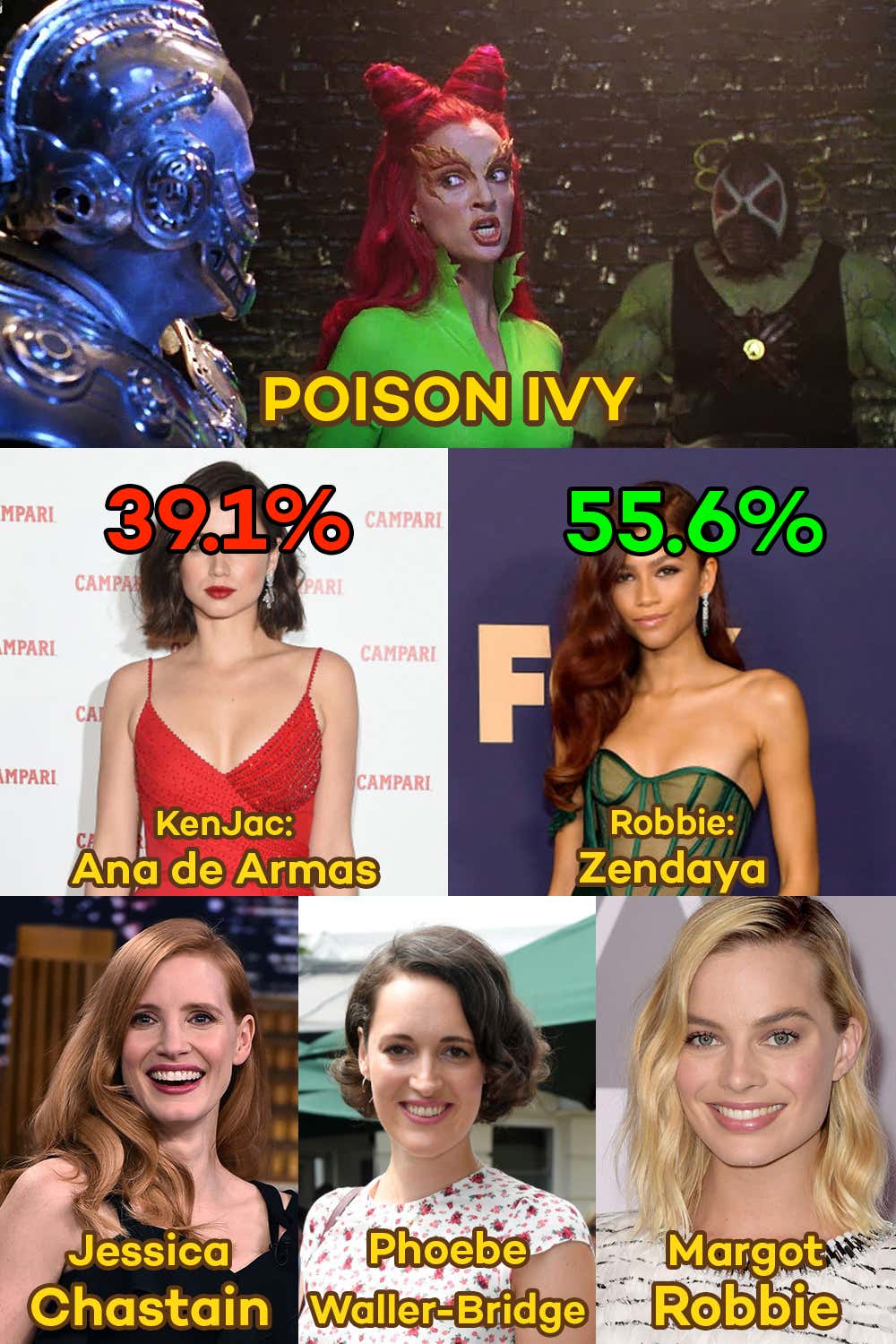 Kenjac: I actually love both the Chastain and the Waller-Bridge picks. Chastain fits the role PERFECTLY from a look perspective. I'm not sure if she can nail the personality, where Waller-Bridge would be perfect. Robbie is already Harley Quinn which makes her casting here a little hard.

Robbie: LOVE the idea of Jessica Chastain as Ivy, don't love the others. Like KenJac said, Margot's already one of the Birds of Prey, so let's not cast her as two, and Phoebe Waller-Bridge just doesn't seem like the kinda person who could pull off that Uma Thurman seduction shit. Love her, though! 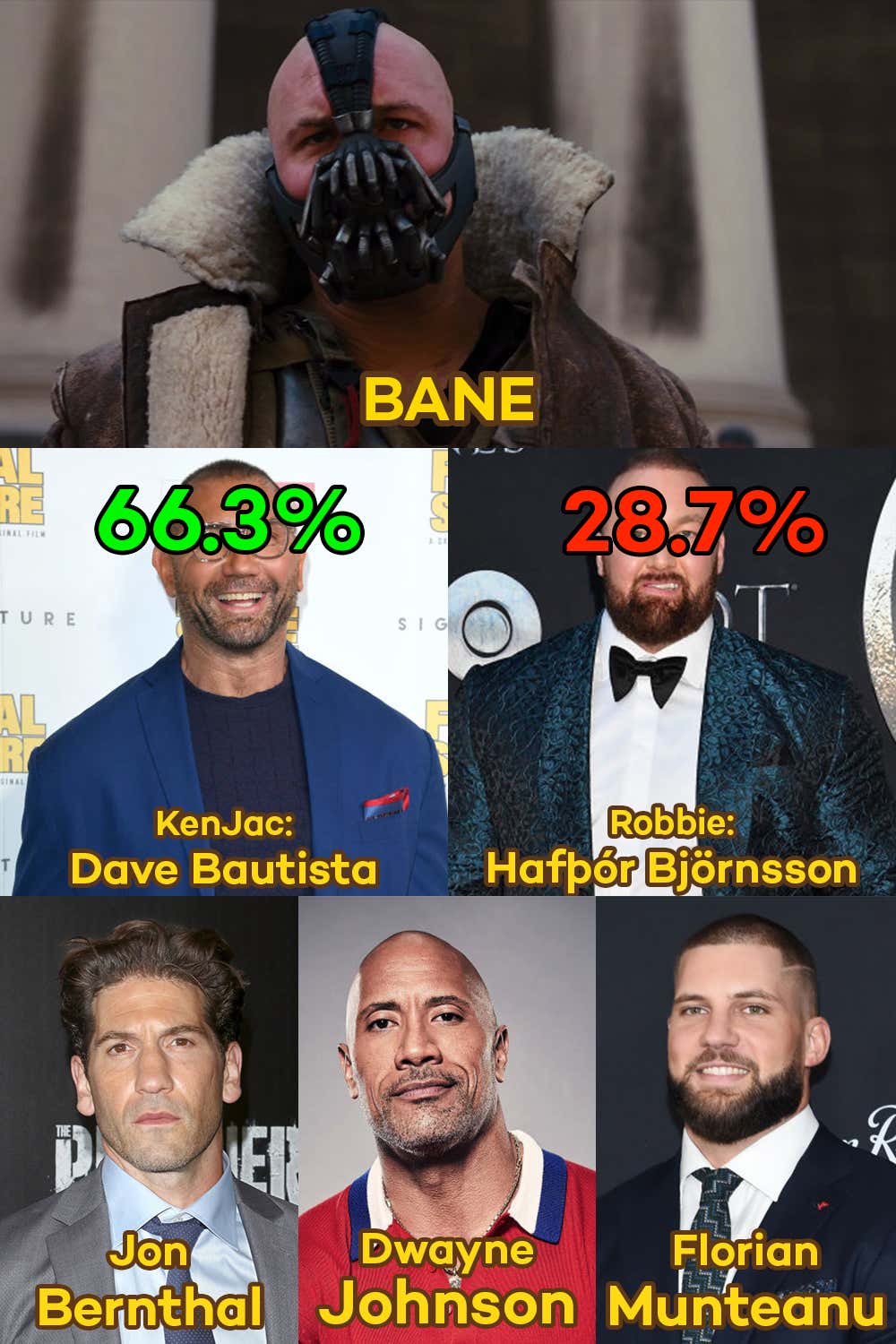 Kenjac: As much as I fucking love Bautista and think he is actually the best wrestler-turned-actor, I also enjoy the Munteanu pick a lot. he was a fucking BEAST in 'Creed II' and could definitely fit into the role as long as it's non-speaking. 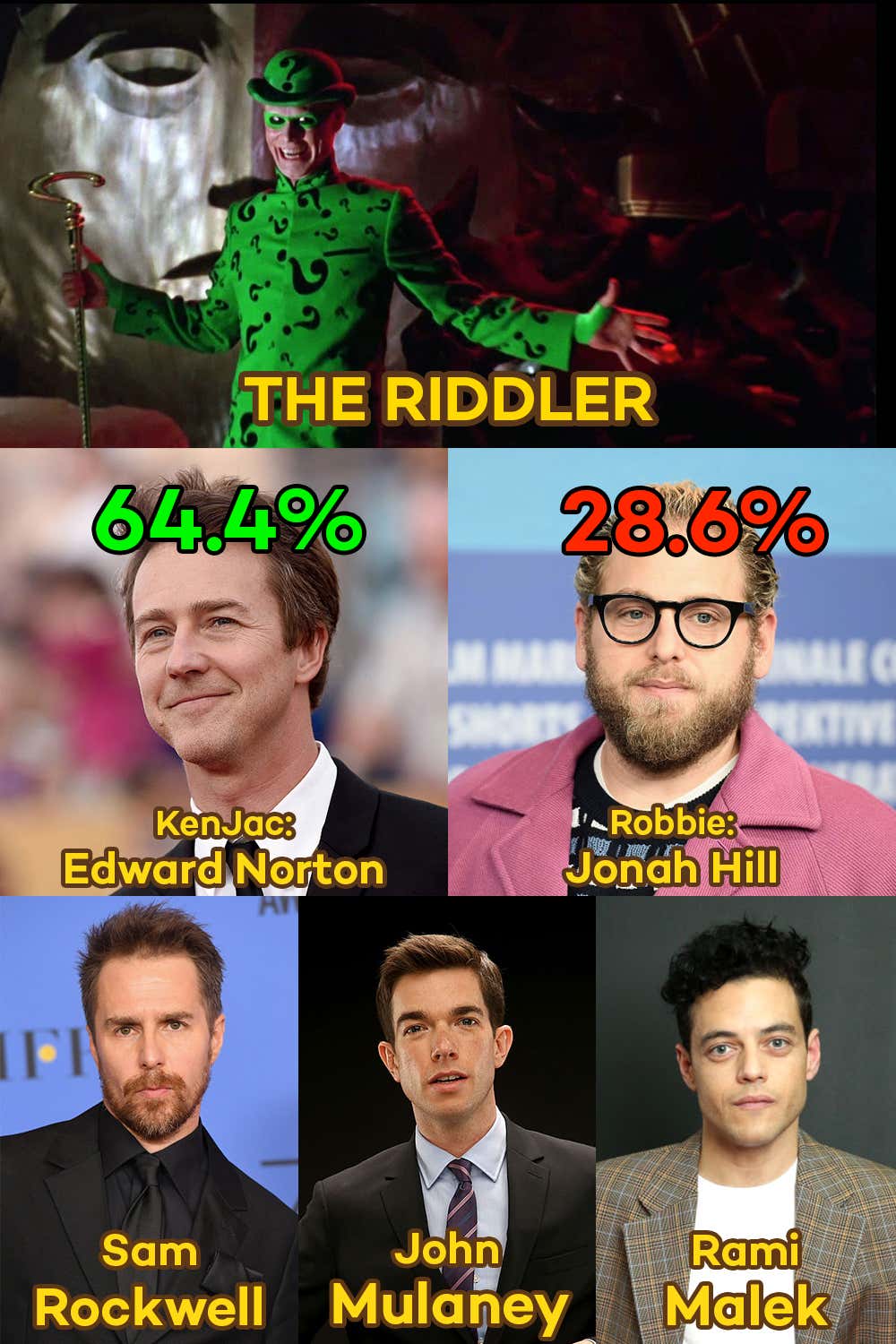 Kenjac: While I don't get the Mulaney choice (He was written in A LOT), I do think this would be the best natural fit for Malek if he was going to enter the DCU.

Robbie: Yeah, Rami could go reaaaaal creepy with it. Rockwell, too. Fuck it, I don't even hate Mulaney as Mr. Nigma if you wanna go super comedic! 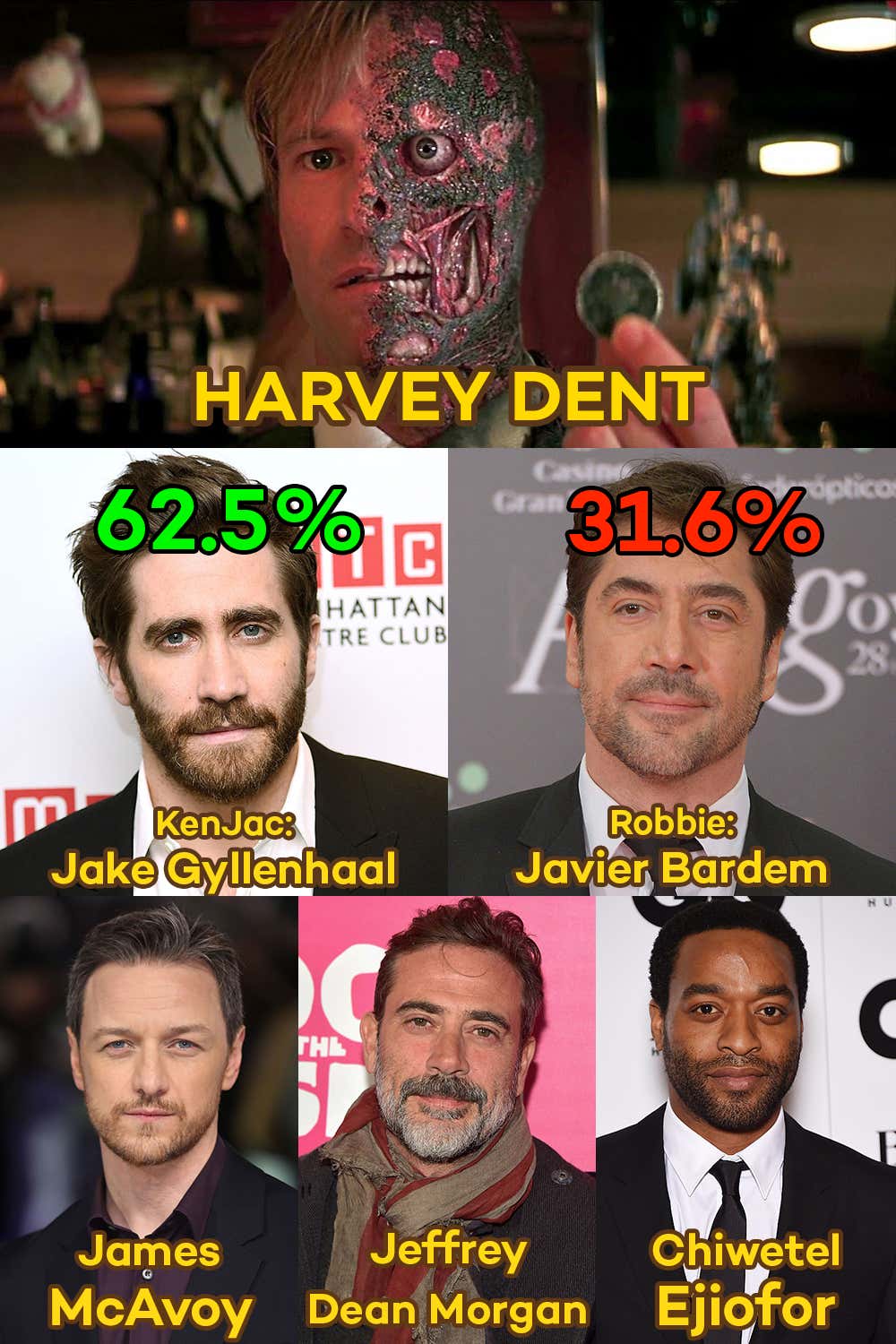 Robbie: Two-Face is so hard to cast because you need someone that could be believable both as politician Harvey Dent and...obviously....Two-Face - the bad guy. Jefferey Dean Morgan is my favorite out of these choices, personally. I went super villainy with my Javier Bardem pick obviously, and I think JDM carries similar vibes. 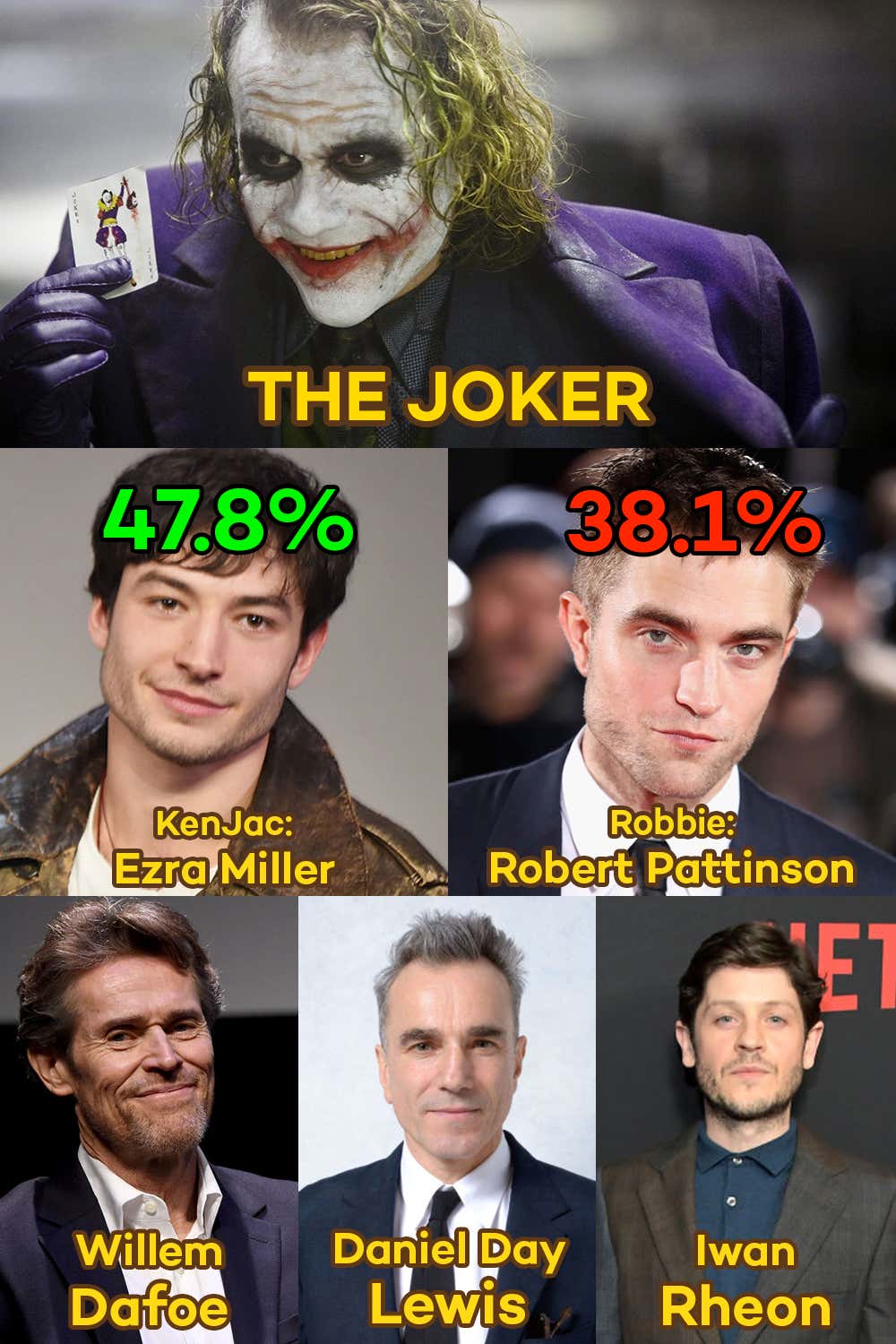 Kenjac: Great picks all around. Although DDL would NEVER do a modern comic book movie.

Robbie: People still think I believe Daniel Day Lewis is a hack because of a joke I made in a Joker blog 3 years ago. It's so weird but that has stuck with me. For what it's worth - I don't. Never did. Also would never wanna see him as The Joker. 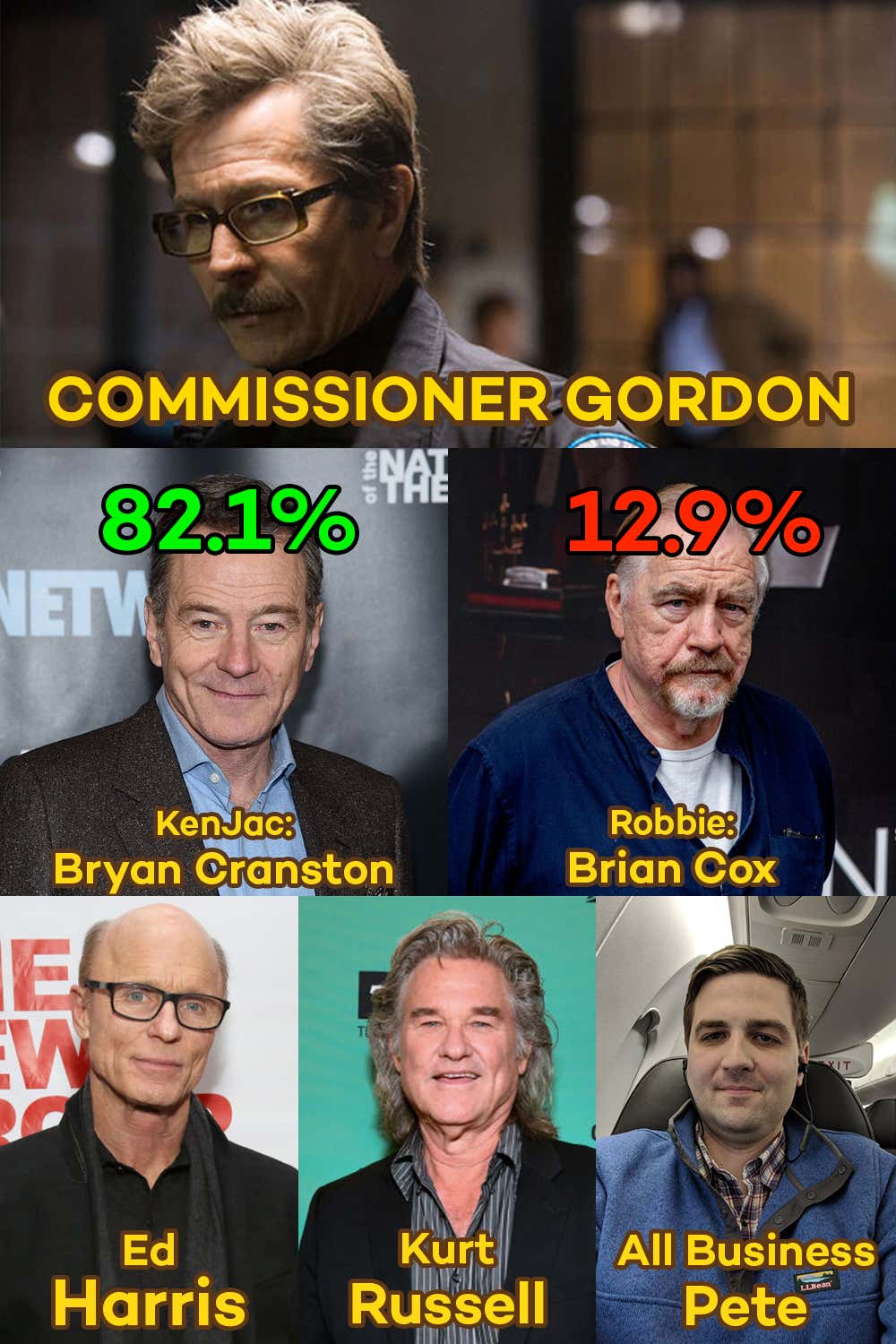 Kenjac: Fucking love the Ed Harris pick, guys. I'm so proud of you. ABP wouldn't be bad either, but if he was in charge the Bat-light would constantly break down with no fix in sight.

Robbie: Hate the Ed Harris pick, guys. I'm disappointed in you. ABP would stink too. Kurt Russell's decent. I think John Goodman could pull it off too! 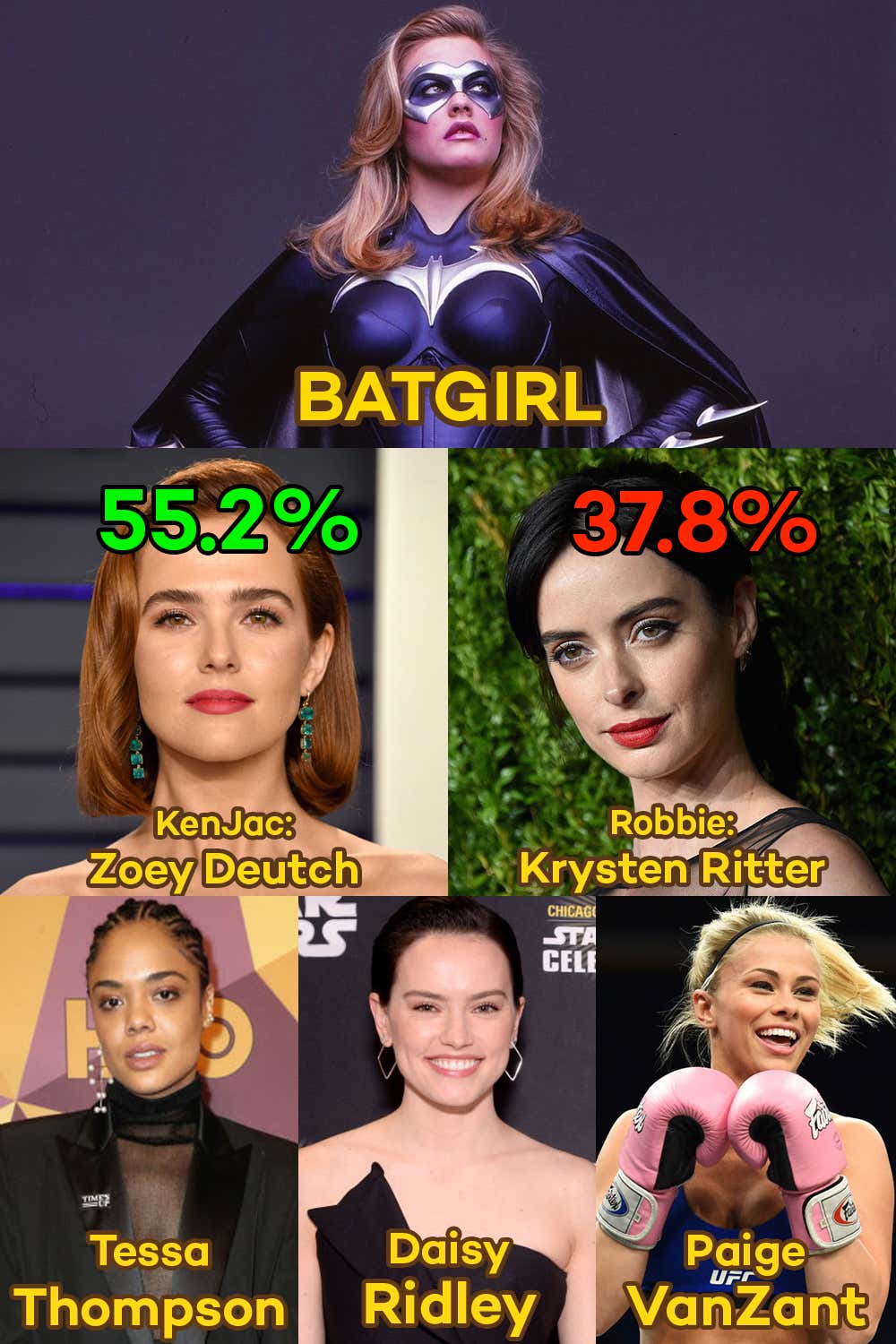 Kenjac: I have NO idea if PVZ can act whatsoever, but both Thompson and Ridley are insanely badass. Love them for this role.

Robbie: I didn't think I was casting Kristen Ritter as Batgirl here. It said "Selina Kyle" on the Google Sheets thing KenJac made. Love Tessa here, hate Paige VanZant, dunno how to feel about Ridley. She's my fav, don't get me wrong, but doesn't strike me as the Barbara Gordon type. 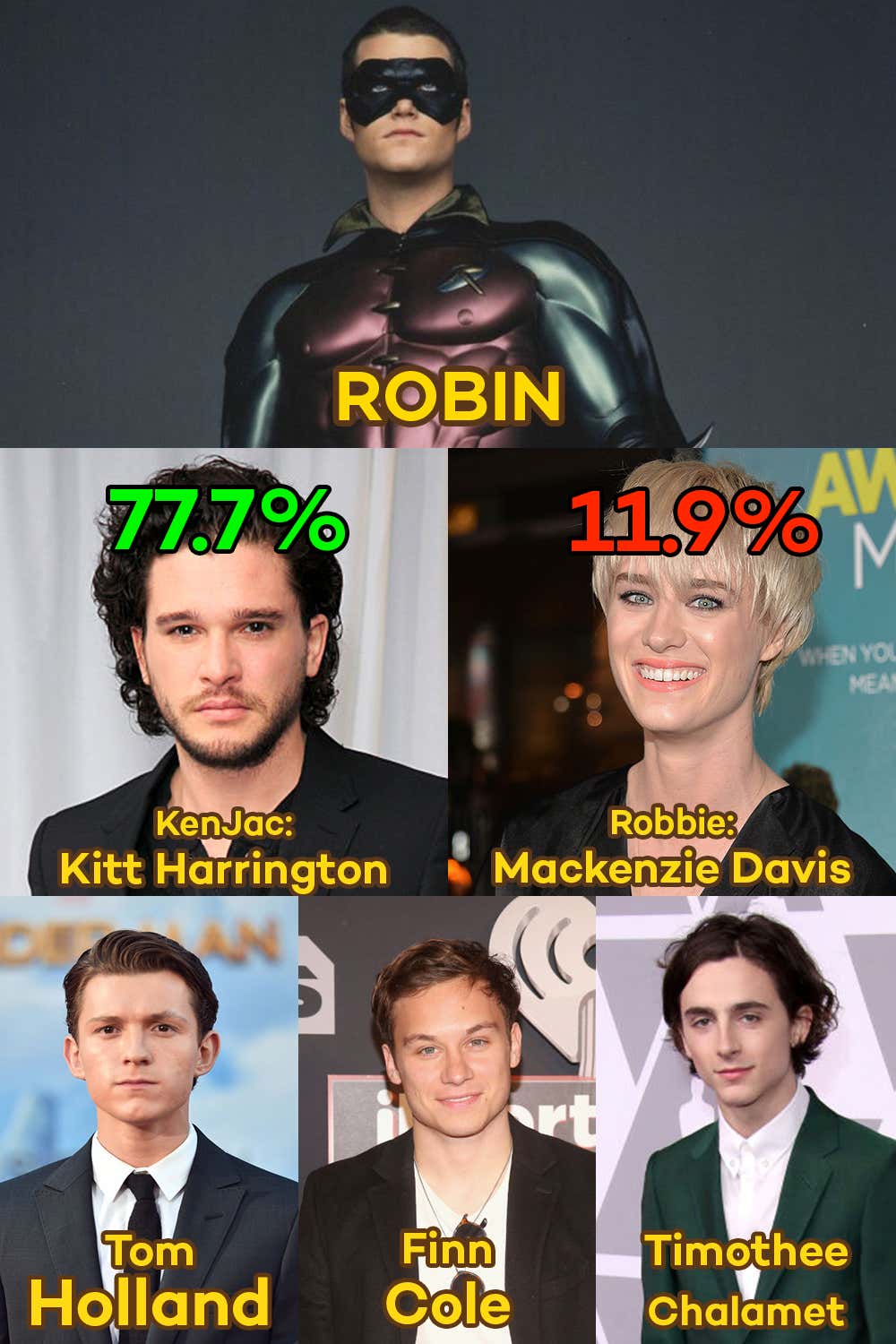 Kenjac: Holland is great, but his role as Spider-man kind of complicates this. Cole is a natural sidekick considering his role in 'Peaky Blinders', but Chalamet is another name that is too fancy for this sort of work.

Robbie: I thought about Holland and Chalamet when casting, but went with an ode to Carrie Kelly instead. I stand by it. Come at me. 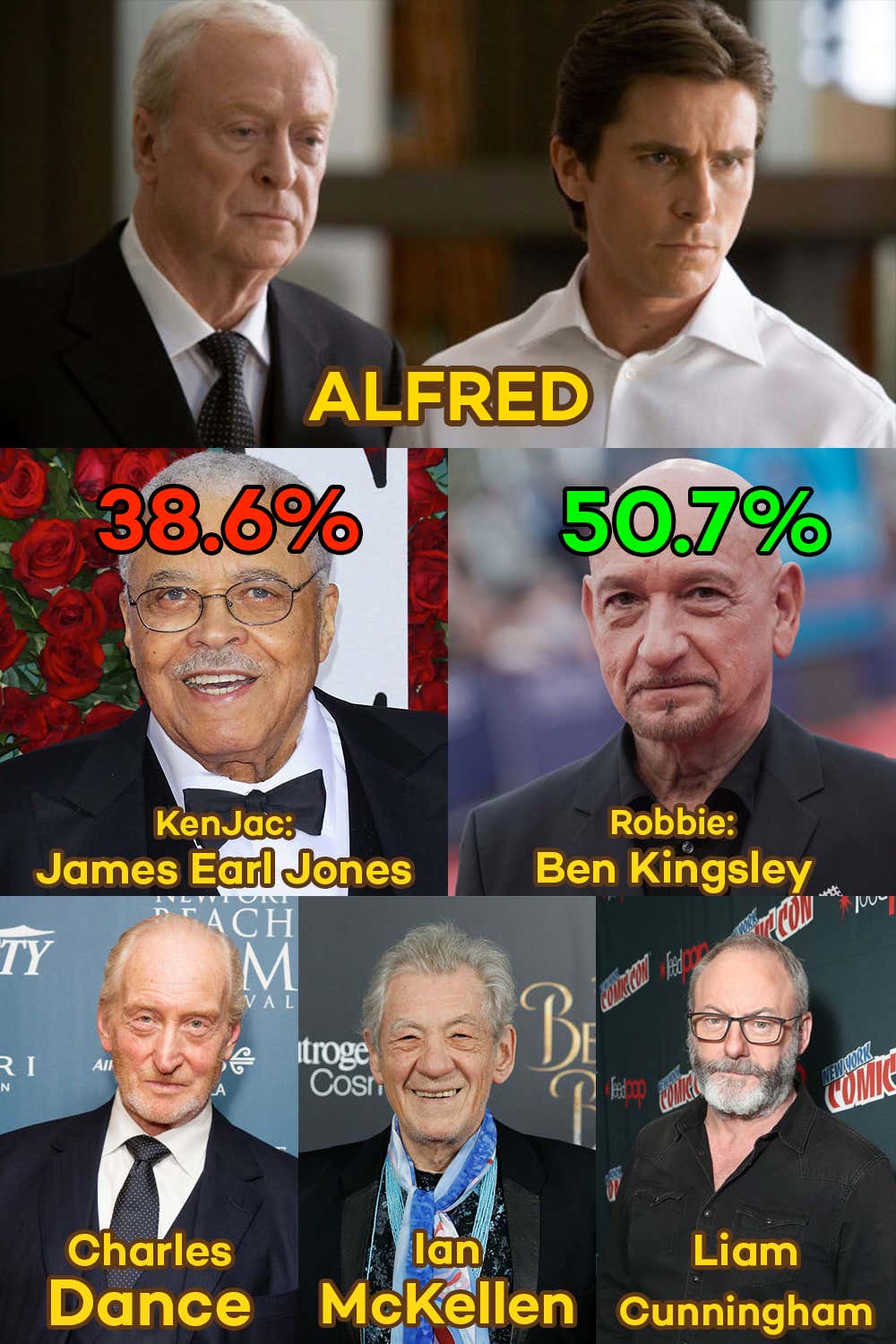 Kenjac: Charles Dance is an elite-level old, but he is just so evil looking. Can't shake that for this. I also like the idea of Liam Cunningham, but he is more of wiley old vet and not exactly "wise". McKellen is intriguing, though. 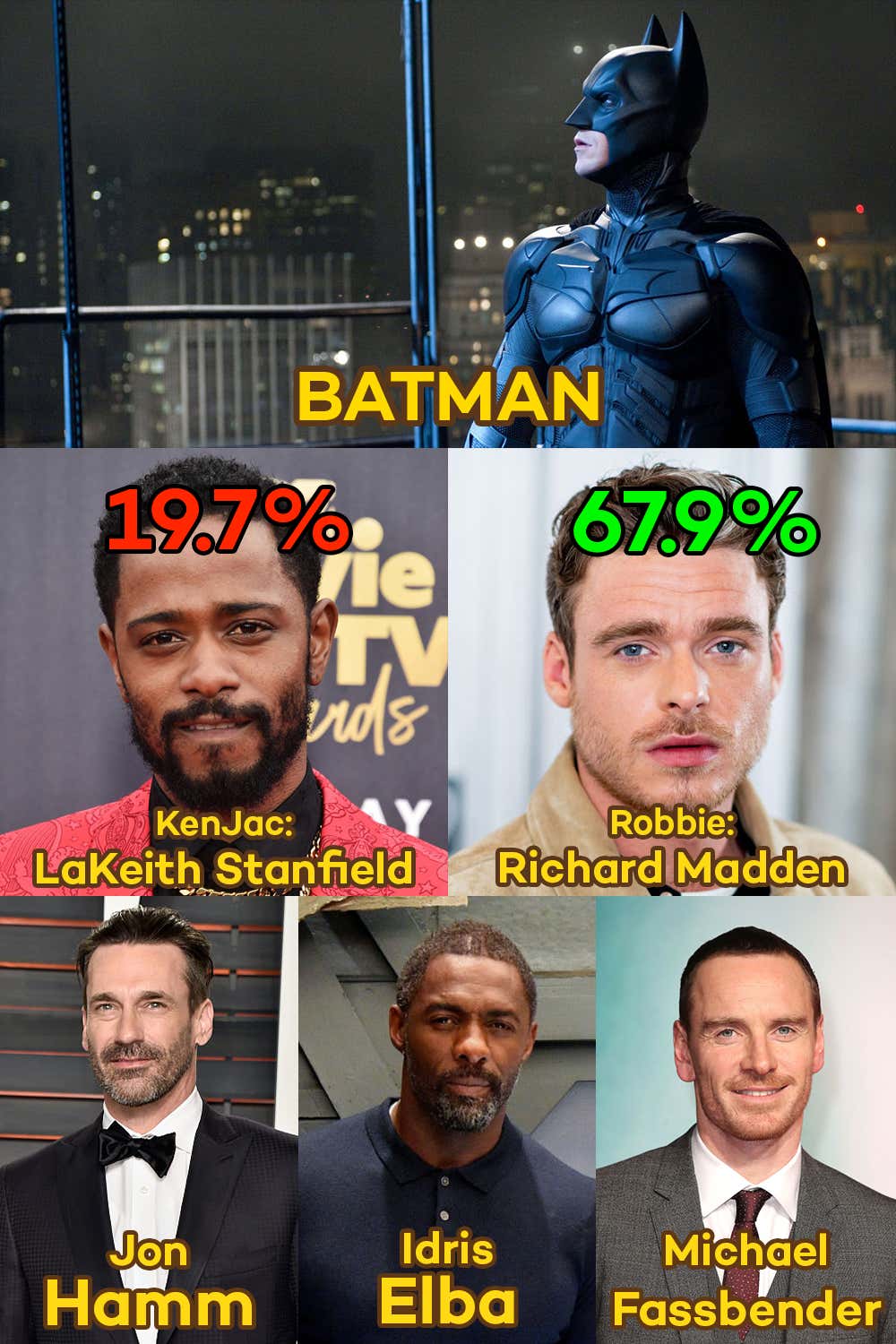 Kenjac: Hamm was rumored for this forever, but I don't think he really has the chops for it. In all honesty, I think he is a hilarious dude. I wish he would do more comedic roles. Elba and Fassbender as good as well. but neither of them naturally scream "BATMAN" to me.

Robbie: I've always thought Hamm would be great, but I think that ship has sailed at this point. I'm out on the other picks. Don't like em. Armie Hammer could do it, though.