As of today, there have been some desk switches around the office, and I now occupy the desk that used to belong to Spider.

It doesn’t make that big of a difference to me, but I have been in my new space for just a few hours and everyone who has walked by has been quite dismayed that I am now where they expected Spider to be. All they want to know is where Spider is. Even the people I considered among my closest pals in the office have wished for Spider’s return to his old stomping grounds.

Everyone has also commented on the jarring nature of the large Tennessee poster resting on my desk. 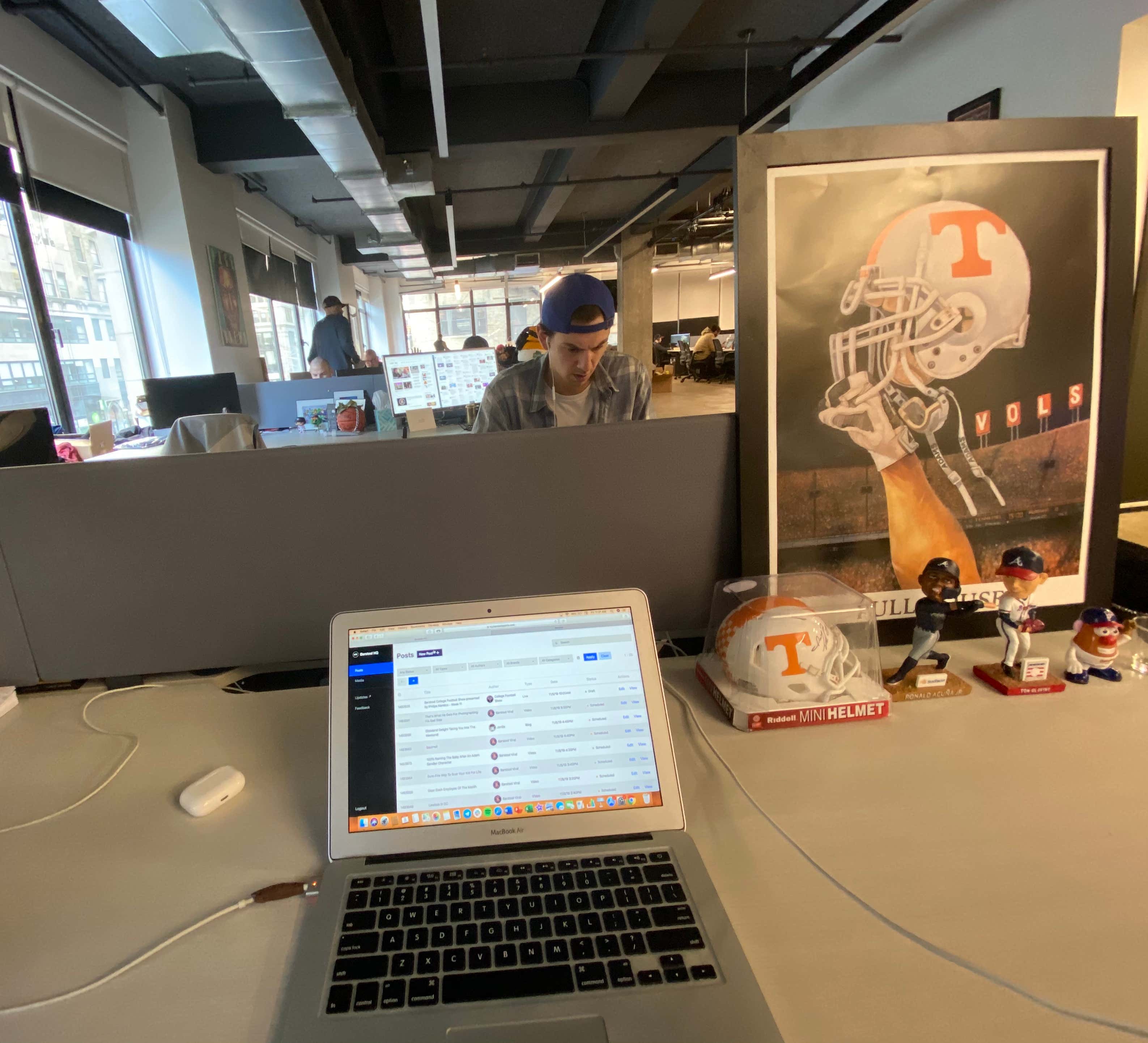 My former table mate JackMac2 also made the move with me, so we at least have some of the old gang still together. I like the new digs. I just hope everyone eventually keeps asking me where Spider is and why I’m here instead of him and where he sits now.

Everyone also apparently really loved when Spider would gas them up coming into the office everyday, so now that responsibility has been placed upon me as well. Kayce informed me Spider would call her “Queen” each morning and she expects that tradition to continue. Suffice it to say I have some big shoes to fill — but if there’s one thing I know how to do, it’s fill big shoes.

Spider is a great man. I wish him and Grinnell nothing but the best in my and Jack’s former desks. But change is necessary to grow. May we all spread our wings and soar with the eagle’s nest.