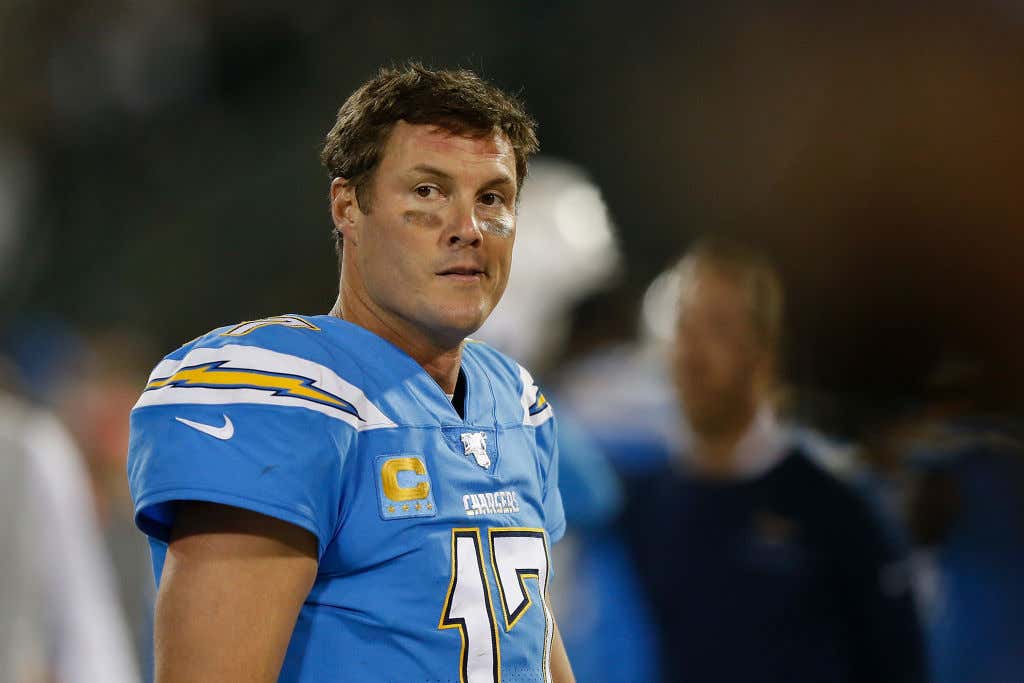 This was one of the harder games to watch this year from this wretched team. The insanely injured offensive line couldn't stop shit, Rivers played like absolute garbage and they let the Raiders turn a 12-penalty game into a 26-24 win. I'll start with the pros. The defense did a solid job containing Josh Jacobs outside of his 18-yard touchdown run. Take that away and he was averaging 3.5 YPR with 53 total yards. Considering the defenses issues stopping the run and the fact that Jacobs is one of the better rushers in the league, this was a good outing. On the other side of the ball, Melvin Gordon had his best game this year. The Raiders have been fantastic vs the rush this year, and Gordon rushed for 108 and a touchdown. That ability to balance out the offense is obviously huge.

Now for the cons. Rivers was under fire all game thanks to the frankenstein monster offensive line. Scott Quesenberry is a guard playing center, Trey Pipkins is a DII rookie that played a handful of snaps all season before being lined up against Clelin Ferrell today and Trent Scott is probably the worst tackle in all of football. Rivers was downed 5 times and hit an additional 5 times, and was hurried no less than 200 times. This partially lead to him throwing 3 picks, including one to end the game on the final drive. I'm willing to place a solid amount of blame on the line for Rivers performance. He's not, and never has been, a mobile guy and depends on his ability to read and move within a pocket. When that pocket doesn't ever exist, he's essentially neutralized. However, he made an INSANE amount of poor decisions. He was bailed out by penalty after penalty by the Raider defense and STILL ended the day with 3 picks and a lost fumble. I don't care how you spin it, thats partially on him. He had a particularly bad last drive which is still blowing my mind. They had yet another lucky moment when the Carlson missed the XP on their last score of the game, which opened the opportunity for the Chargers last drive to end with a game-winning instead of game-tying field goal. With 3 timeouts and 2 minutes left, Rivers opted for BOMB after bomb instead of picking up chunk yardage. Again, 3 timeouts, Melvin is rushing great, 2 minutes on the clock AND Michael Badgley was back. The fuck.

Again, I want this team to lose. Even fully healthy, they aren't a match for either the Pats or Ravens in the playoffs. It's a race to the bottom and getting HOPEFULLY a good offensive lineman in the draft. That said, it's still the Raiders. FUCK THE RAIDERS. This was a pathetic way to lose the last game they will play vs them in Oakland.