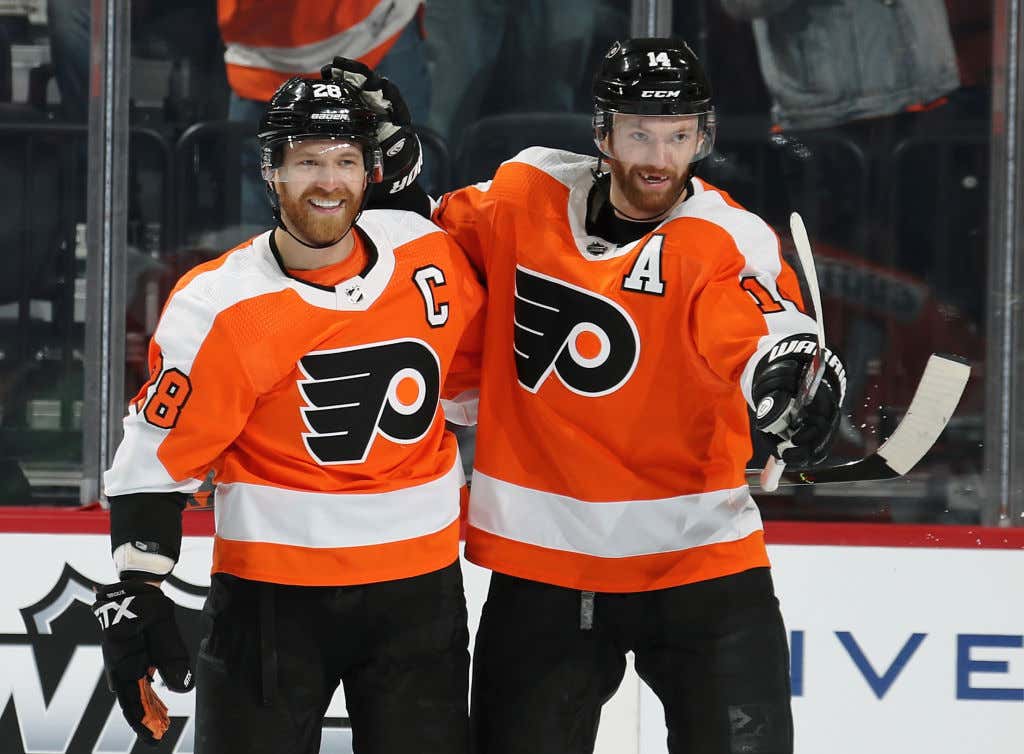 The Philadelphia Flyers are the Charlie Kelly of the NHL. Not just because they're the King of Rats and also illiterate. But because when they're at home in Philly, they are elite. When you make them leave Philly, however...well that's when bad shit starts to happen.

I mean I get that home ice advantage is a real thing, but it's just wild how night and day this team is when they're playing at the Wells Fargo Center compared to when they're on the road. Maybe they just have a shitty pregame routine for away games? I don't know. All I do know is that for the first 40 minutes of last night's game, it was some of the best hockey that the Flyers had played all season.

There was never a moment during those first 2 periods where it looked like Montreal had any sort of control on the game. The Flyers were actually clean with their breakouts and didn't constantly turn the puck over in their own zone. They weren't panicking and just icing the puck every 27 seconds. They were getting pucks on net and if it weren't for Carey Price being an absolute psychopath between the pipes, that game would have been well out of reach before the 3rd. Unfortunately due to the aforementioned Carey Price being a psychopath fact, the Habs were able to hang around just long enough to tie the game and send it to overtime. But for the first time this season, the Flyers looked like they could move up and down the ice like an actual competent hockey team. I know that sets the standard pretty low but when you've been watching this team fail to make any clean breakout passes for over the last 14 games, this was a pleasant surprise.

Speaking of pleasant surprises, absolutely nobody should be surprised that Sean Couturier is the greatest and most important piece of this Philadelphia Flyers roster. He still leads the league in 5v5 Corsi For%, last Friday night he had the shootout game winner in New Jersey, and then last night in overtime he was able to squeak this dagger past Carey Price.

Again not the prettiest goal in the world but when Carey Price is having the type of night he was having, you'll take them however they come. And a goal like this is where you have to believe that the Hockey Gods exist. These are the types of bounces that great players catch from time to time. He's been playing some unbelievable hockey through the start of the season so far and the Hockey Gods are there to reward him with a greasy one against Price in overtime. So basically what I'm saying here is that Sean Couturier is consistently able to shut down whatever line he's matched up against, he makes every line that he plays on significantly better and the most productive line on the team, and then he's also there to put away some massively clutch goals. I know that he won't end up with the points to get him into the conversation but if the Flyers are able to get themselves into the playoffs, that's what an actual MVP looks like.

Another reason why the Flyers were able to hold on to this game and not butt fuck the fans by blowing that lead completely is because this was the Philippe Myers coming out party. Fans have known that Philly Myers was going to be a stud for a while now but he was everywhere during last night's game. Whether it was getting the first goal of the game with this fade-away wrister from RANGE.

Our sweet prince has evolved into a range king. Credit to Twarynski and Konecny for providing the traffic in front but that's what happens when you just get pucks on net. And if he wasn't scoring goals, he was being an absolute menace all over the ice. Like this beauty of a pinch to not only stop Montreal's breakout but he also ended up drawing a penalty in the process.

We've seen some Flyers defensemen get burned plenty of times with some ill-advised pinches at the blueline, but not Phil Myers. Kid takes a great angle to the puck, gets there with speed, makes the play and draws a penalty. But maybe my favorite moment from his game last night was how he was absolutely bullying Brendan Gallagher in front of the net. Just an unreal display of pure dominance.

That's how you tie your man up in front of the net. That's hard dick hockey right there, boys. You love to see it.

- Carter Hart had another strong performance last night. 22 saves on 24 shots and if it weren't for a shaky turnover behind the net, Shea Weber never scores that goal and the Flyers get out of there with a regulation win. But after Carter had a few bad starts in a row, it's great to see how quickly he's been able to bounce right back.

- On paper the Flyers' powerplay went 0-for-6 on the night. But the JvR goal should really be considered a ppg since he scored like 3 seconds after the penalty was over and before whoever was in the box made it back into the zone. Plus the Flyers were getting plenty of pressure and shots on the powerplay all night so that 0-for-6 number doesn't necessarily tell a true story.

- And to wrap this up, let's have Claude Julien provide us with a few closing remarks.

I couldn't possibly agree more if I tried.

Two games this weekend. Tomorrow night in Toronto and Sunday night in Boston. Pretty tough back-to-back there especially since the Flyers aren't great on the road. But I'll be happy if they can grab 2 points out of it. If they can get a win and then also not get completely blown out in the other game, there's a chance that we could have an actually good hockey team on our hands here.