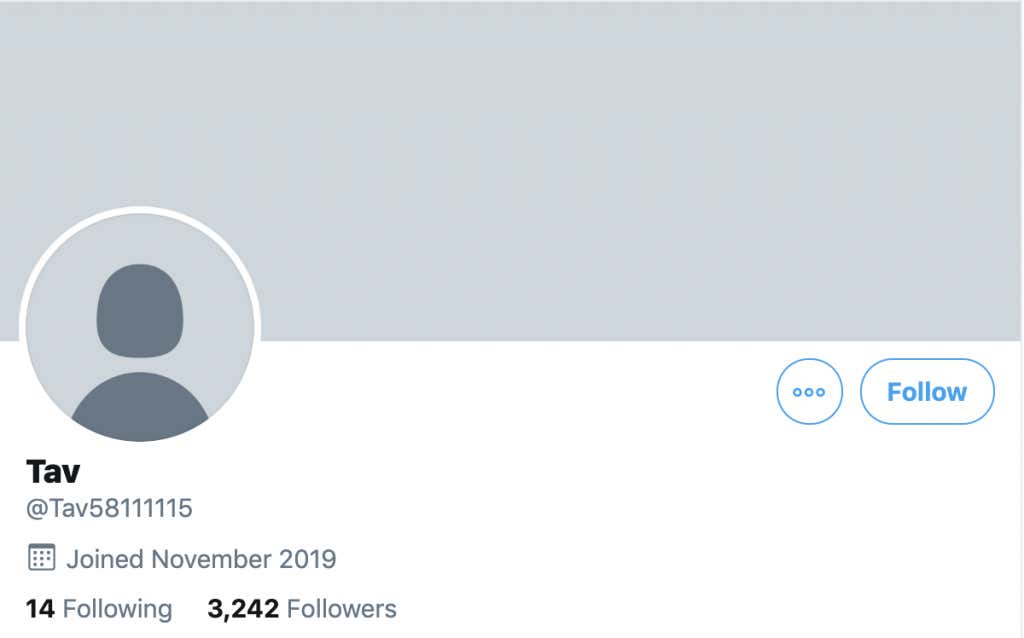 Yesterday marked another in a long list of days where Antonio Brown said things on the world wide web that will almost assuredly make sure he will never play another down of football in the NFL. He said those things from his own verified social media accounts. Which has been one of his biggest problems ever since he got to Oakland. The man simply will not log off. He’ll never log off. However, it would appear he is starting to understand that saying things from his own verified account is exponentially more damaging than talking shit from behind a faceless, brand new burner account. The streets are saying there are multiple burners, but the other isn’t nearly as obviously Antonio Brown as this one. @Tav58111115 has 11 career tweets, all in November, all replies to people replying to Antonio Brown. These are the accounts Tav has chosen to follow. 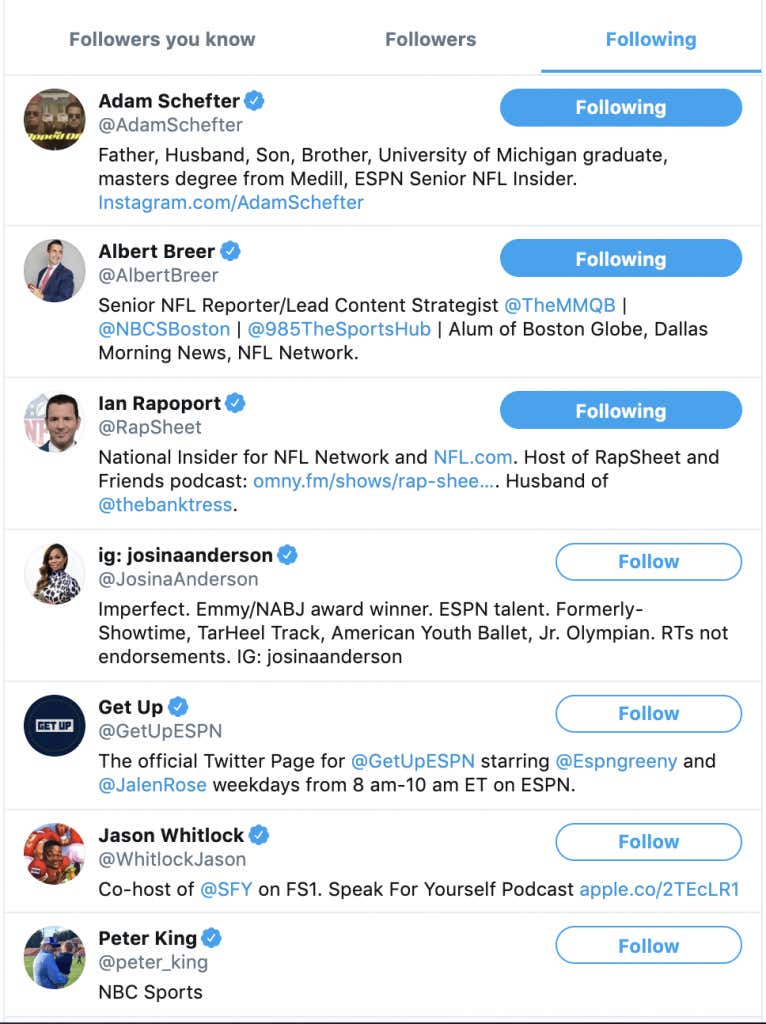 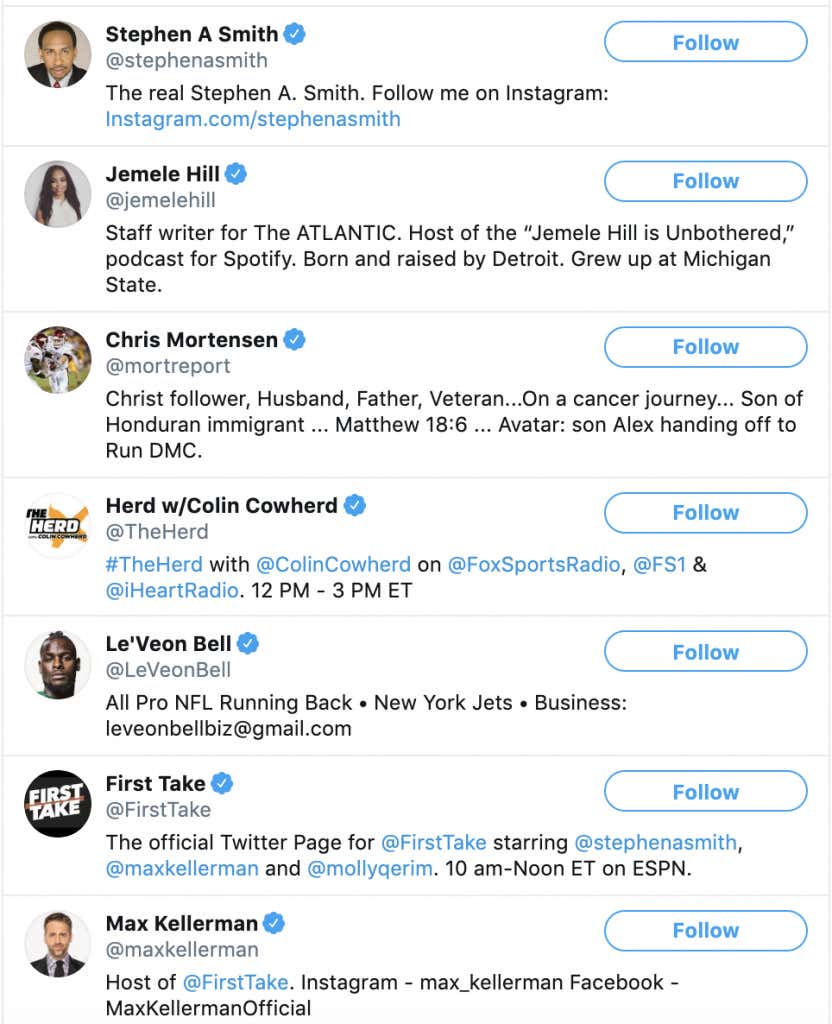 NFL media, national media, and Lev Bell. Nothing at all suspicious about that list. He didn’t follow AB, that will keep them off the scent. Why Tav as a pseudonym? Seems like a peculiar button smash of a name. Anyone, and I mean ANYONE could have picked those random letters, right?

Ahh boy. Here is a light sampling of the types of tweets Tav has been firing off into the Twittersphere. You can decide for yourself if they read like the rantings of anyone else who has also been ranting publicly on social media platforms in recent months. 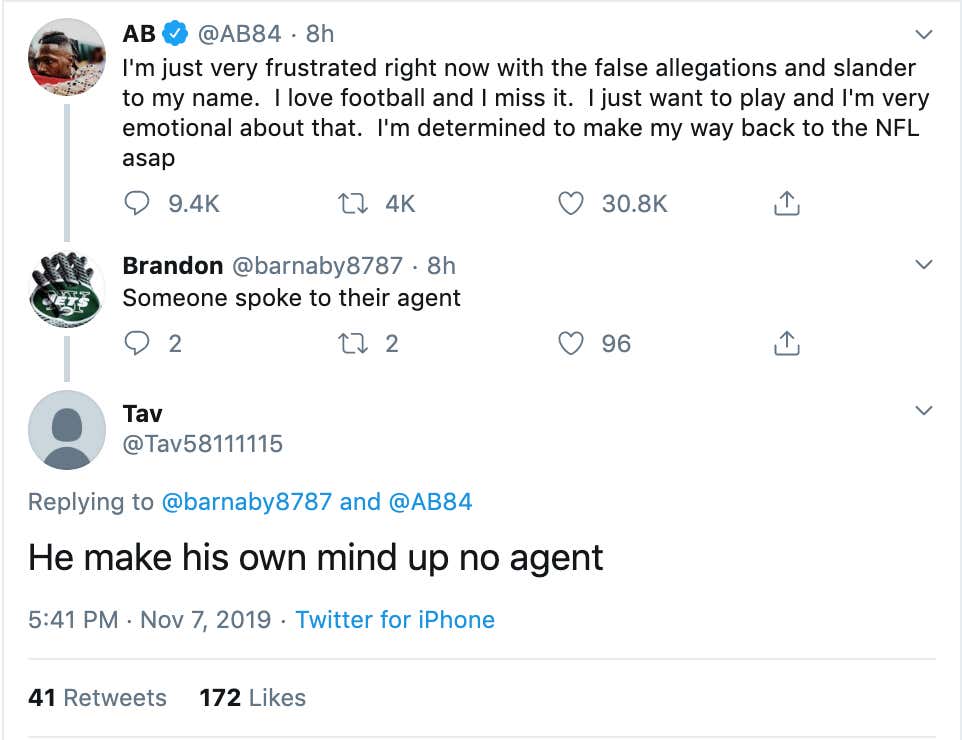 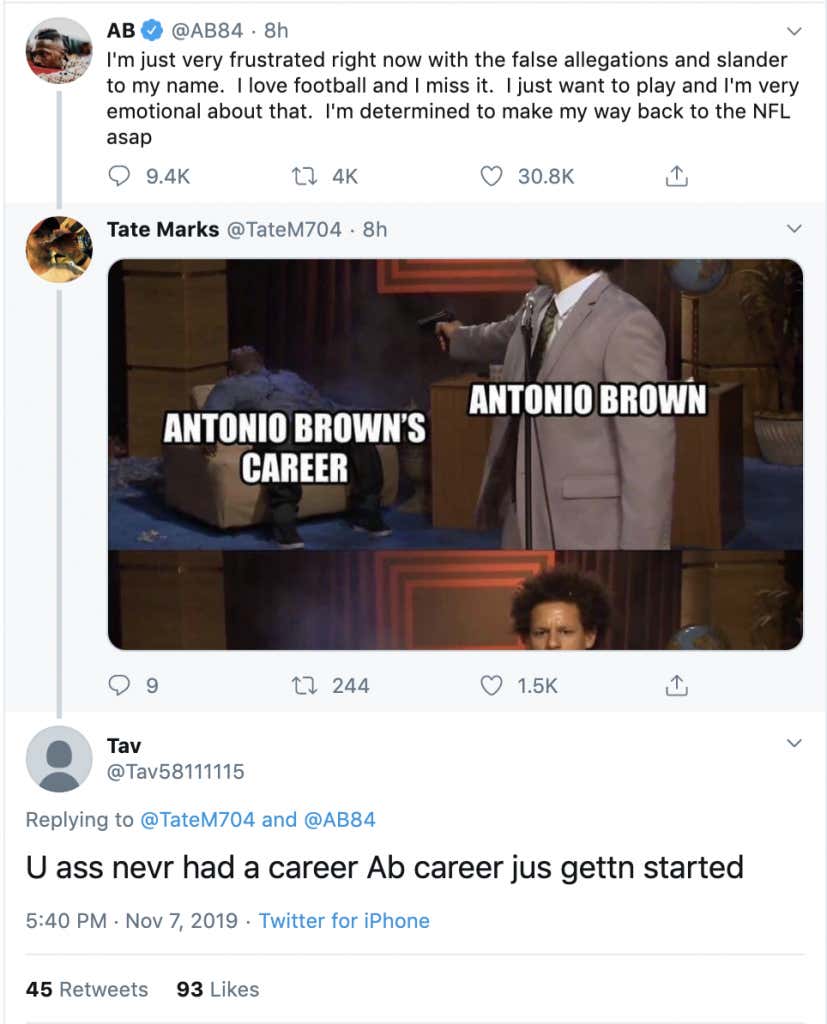 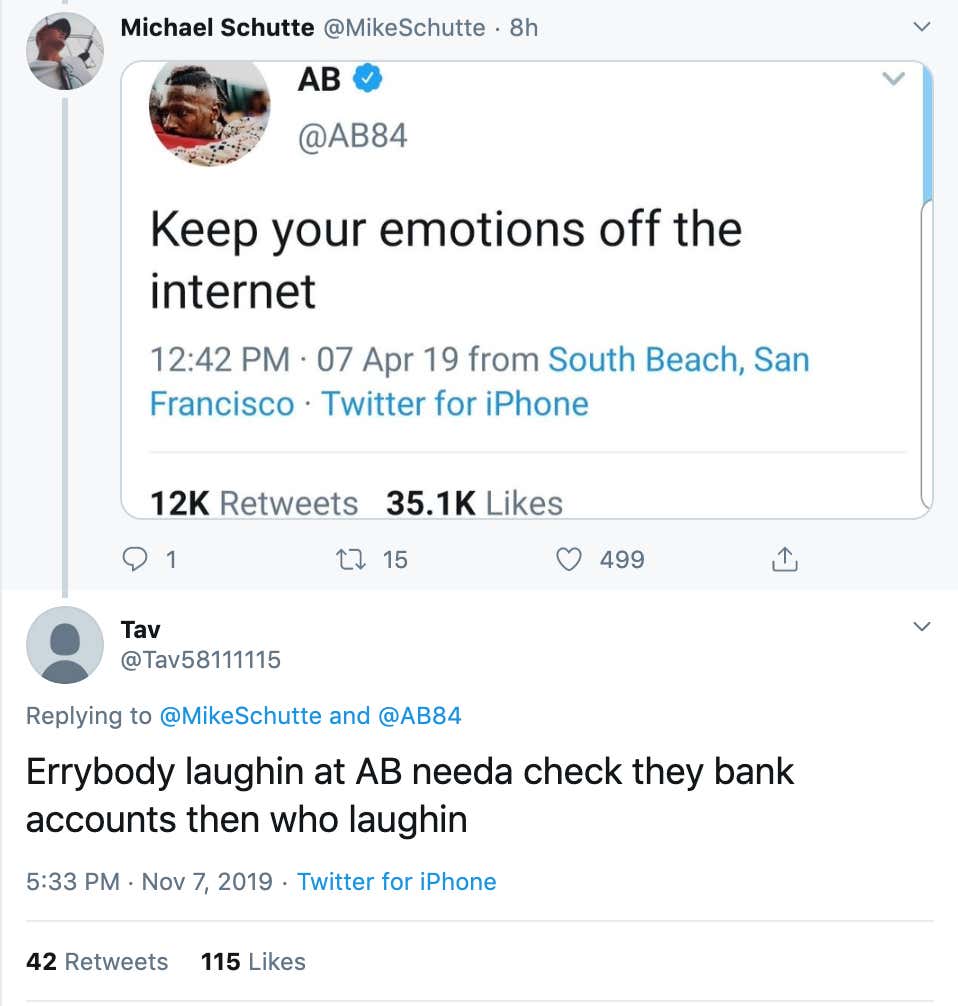 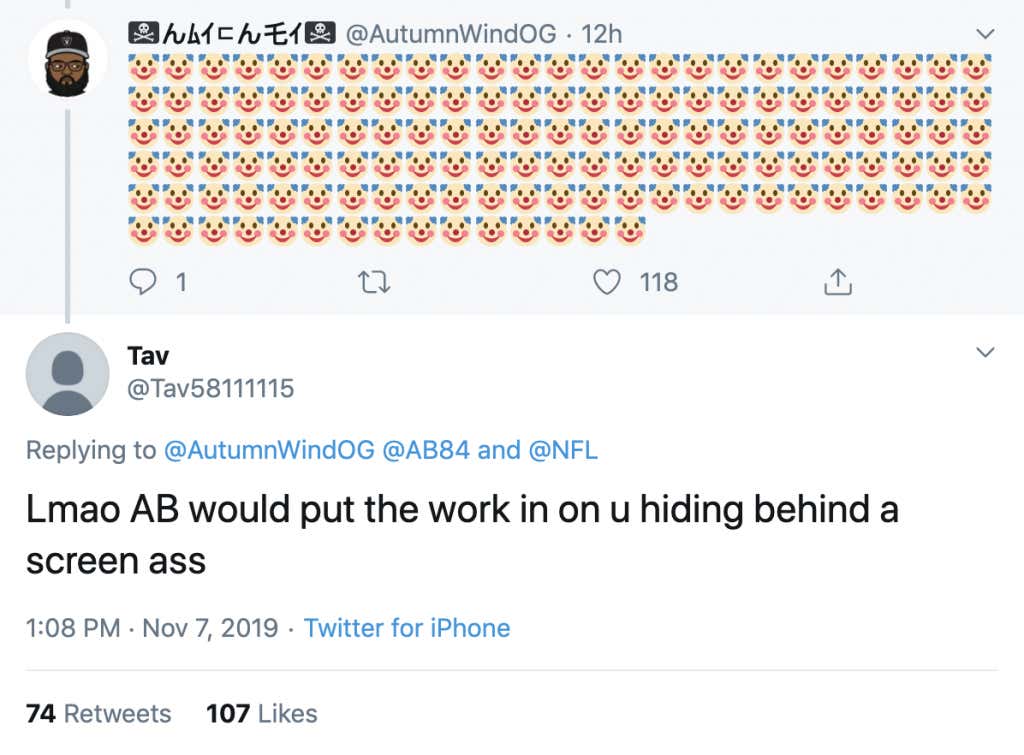 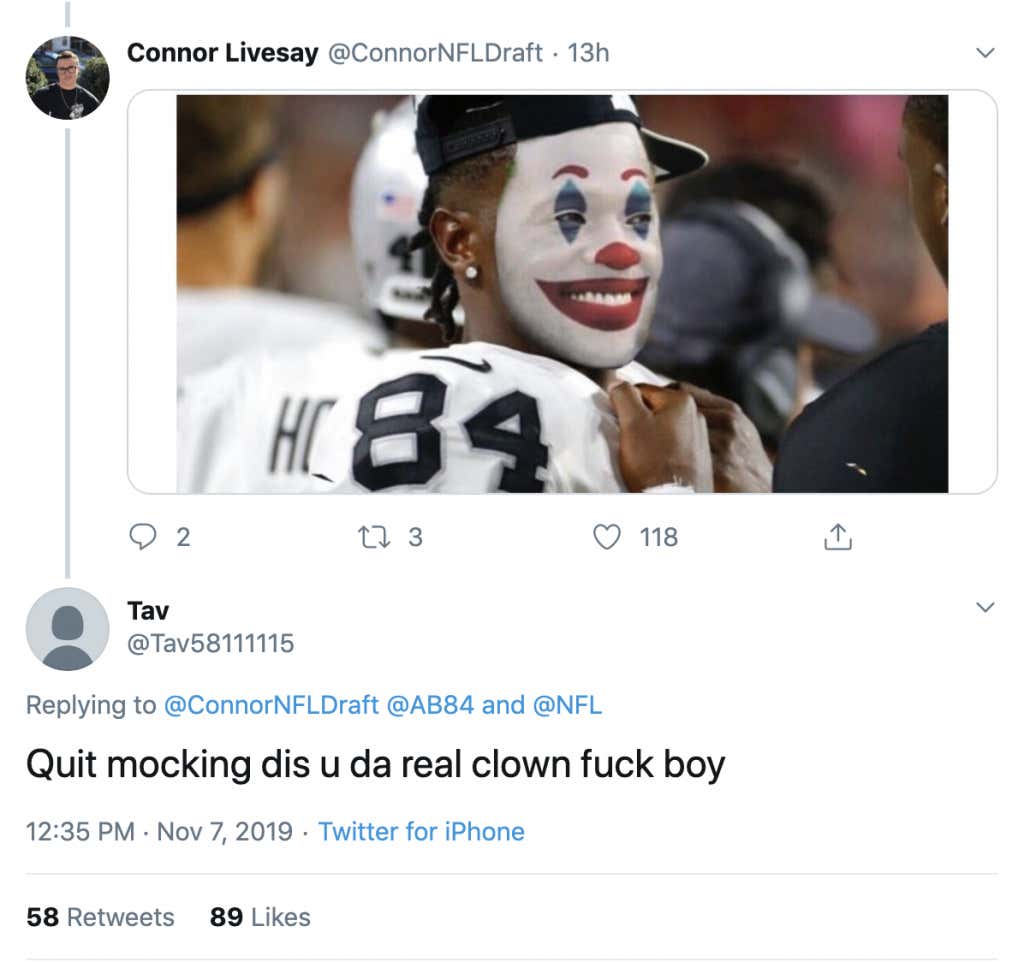 To me, the best part of all of this is – unlike Kevin Durant and Bryan Colangelo – nobody in the world should have been using burners all along than AB. If he was exclusively tweeting from burners from the jump he’d probably still be a Patriot. Hell, if he wasn’t going live on Facebook from the locker room he might still be a Steeler. Burner accounts could have saved this man’s career. Now, all these months, YEARS later he decides to get into the burner account game. What the hell took so long? This man should have been the face of burner accounts from the get go. This is too little, too obvious, too late.