BOOM! Okay, I'm not going to try and lie to you here, I had no idea who Matt Blake was until a few minutes ago. The only pictures I can find of this man on the Google machine make him look like a high school history teacher. That being said, from what I've gathered he's an awesome hire. I've even had a few of his former players reach out and tell me how much they loved working with him. 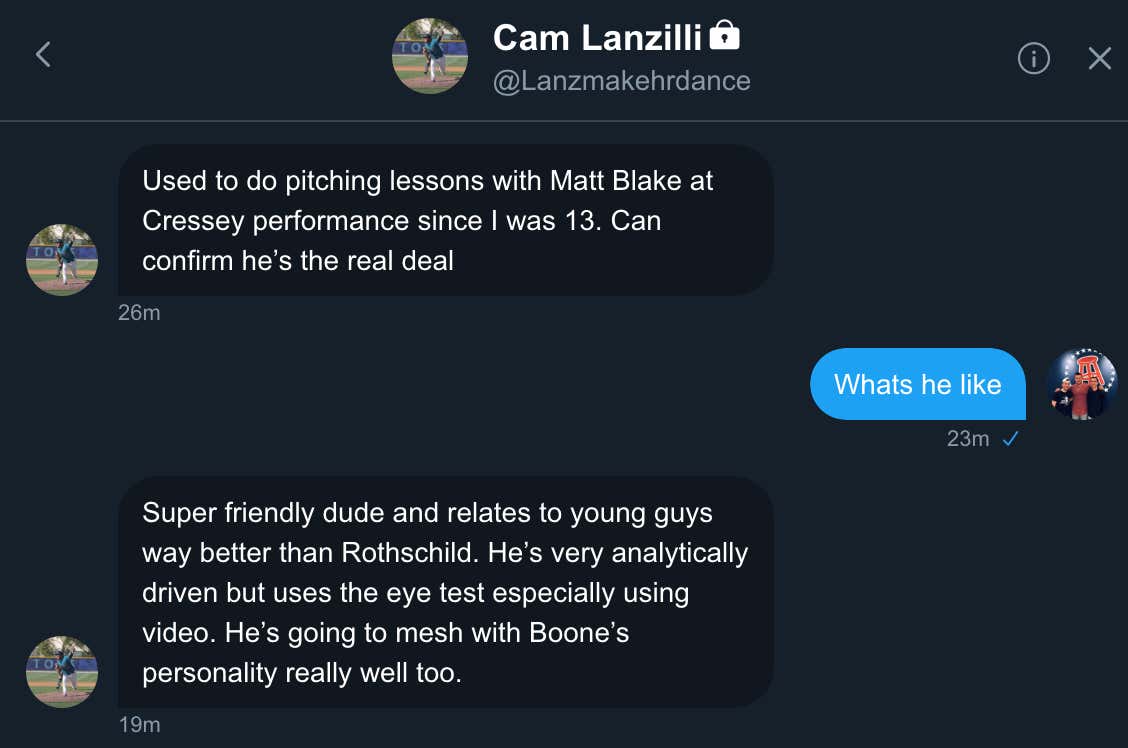 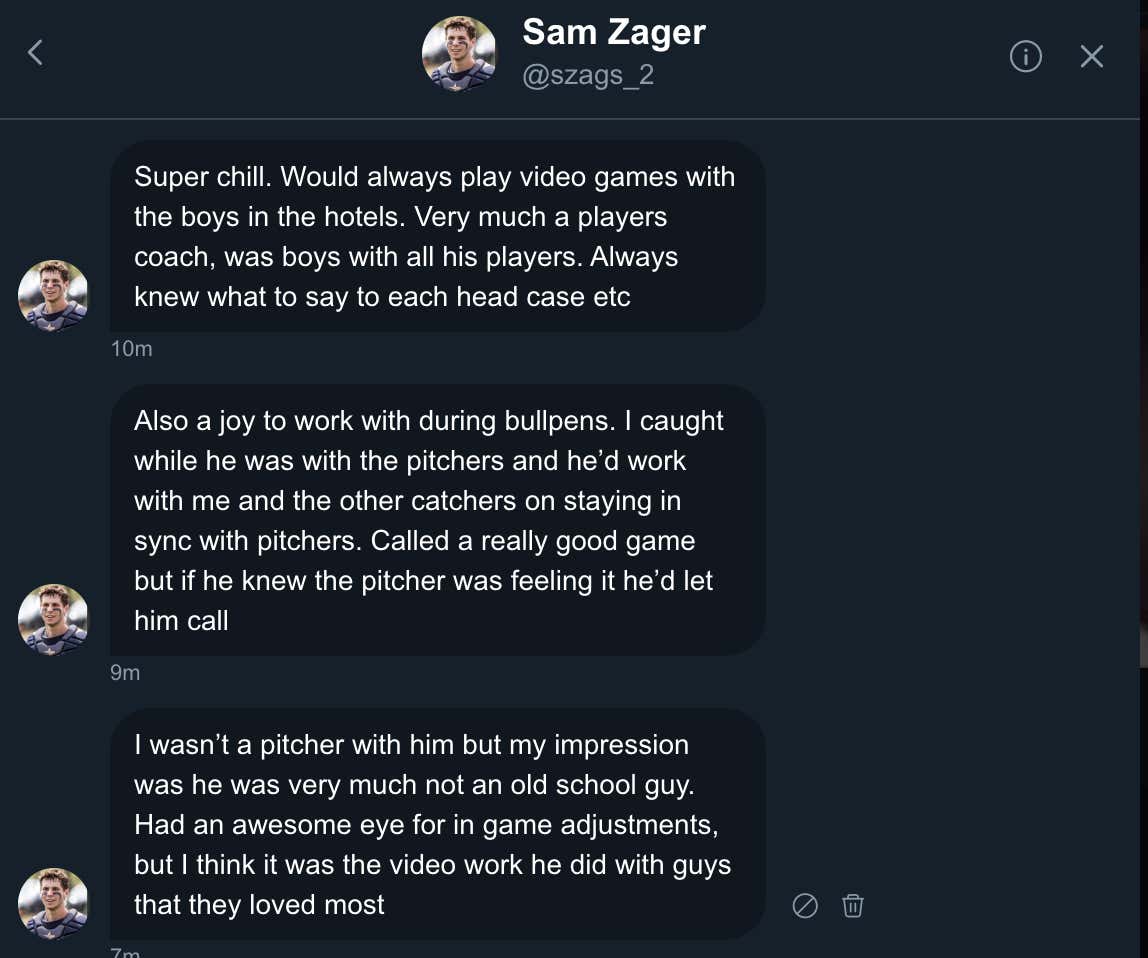 Both of those DMs and that tweet from Foley are about as positive as it gets. So what else do we know about him?

He's in his low 30s so he fits the bill of the young analytical nerd they were looking for with all of those college coach interviews they were conducting. I like that a lot. The complete opposite of Larry. One of his biggest attributes appears to be translating the analytics to a version that is dumbed down and understandable to the pitchers. That appeared to be the biggest issue with Larry.

He was promoted to director of pitching development for the Indians TWO days ago. They replaced someone with this guy and then the Yankees just stole him. I LOVE that. Clearly they valued him a lot over there. Corey Kluber. Carlos Carrasco. Mike Clevinger. Shane Bieber. Zach Plesac. Adam Plutko. You know what that sounds like to me? Actual pitching development. I think we could use some of that! Obviously Kluber and Carrasco were doing their thing before Blake, but the recent surge of guys like Bieber, Plesac and Clevinger is certainly positive. He's also got a common man mentality to him. He left a job in the real world, as a salesman, to start his own pitching development business. He also happens to follow Barstool on Twitter. All good things.

I'm fully on board. David Cone was a nice option bringing both the analytics with pitching history and player relations, but I'm not going to knock this rout. Bring in the young gun and let him go to work. I want an overhaul of everything we do with pitching analytics. It's what they did in Houston and look what they've been doing. It's time to level the playing field. We're going to break the narrative that you can't be good at what you do with two first names.

Matt Blake is our guy. Four years ago he was coaching high school baseball. Now he's the pitching coach for the New York Yankees. What a world. Let's get analytical. Let's ride that man to a title.