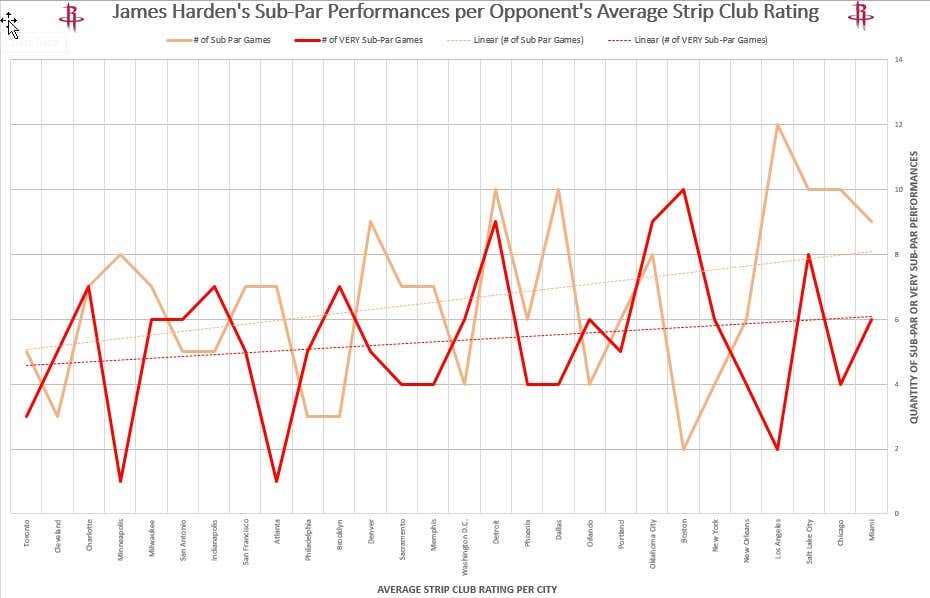 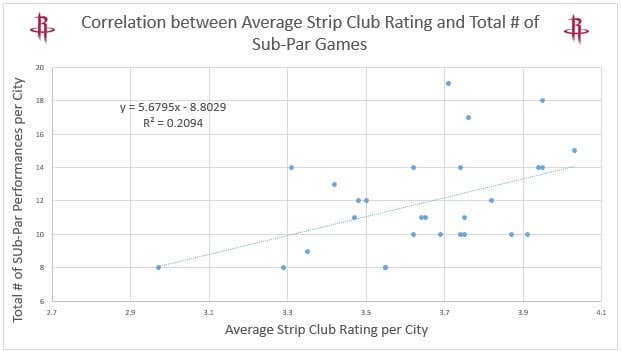 This is the exact sort of content that everyone needs. You know why? It hits what every person is looking for. Advanced analytics? Got that. Strip clubs? Got that. Betting? Yeah, you need to know if you want to be over/under Harden's points in a specific game. Helps out with DFS and regular fantasy. It's one of the best work of arts I've ever seen.

Essentially the guy (user AngryCentrist on reddit) took the last 4 years of box scores and then cleaned up the data. He took out home games and DNP's and then took the 10 best strip clubs in every city based on google. Just a genius idea, because James Harden fucking loves strip clubs.

So what were the results? Needless to say they weren't shocking:

Of course his worst performance comes in Miami! Of course his best one comes in Toronto! I love that this is true. It just goes to show you that every thing you hear on the Internet can be true! James Harden fucking loves strip clubs, so much that his game hurts because of it. Also shout out Salt Lake City. Apparently thsoe mormons know how to get strippers? Would have assumed that was last.

Either way, this is some amazing work and I can't get over that someone did it. You'd be crazy not to use this as a gambling guide now. I just picture Harden leaving the strip club on the road like Varsity Blues.