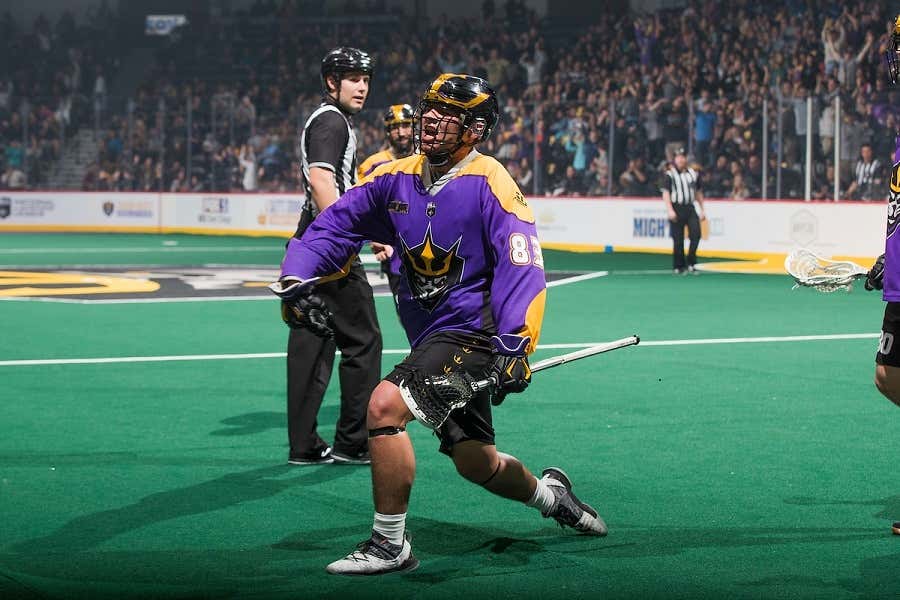 A pro lacrosse game in Vegas on the weekend of the Super Bowl while the Vegas Golden Knights are in the middle of an 8-game road trip? And some of you bozos out there thought that the day would never come. But the future is now and this is only just the start.

I mean think about it. The NLL isn't going to Vegas just as a whacky little zany sideshow. This isn't like a Winter Classic or anything like that. They're clearly playing a game in Vegas this year to test it out. To see if they can get a crowd out to a professional box lacrosse game on a Saturday night in Vegas. The league had 2 new expansion teams play their inaugural season last year (I just spelled inaugural correctly on the first try right there, not a big deal). They have another 2 new expansion teams playing their inaugural season this year. So it's pretty clear that the league wants to continue growing and what better spot to throw a new team in than Vegas?

The timing is also pretty convenient to point out this news that was announced earlier in the week.

What's the significance of that? Well if the NLL is going all in this season on analytics, that means that they'll have a full season of stats collected so that books can start putting some actual lines out there on these games. One of the easiest ways to get new people interested in watching pro lacrosse is if they can win a little money while doing it. So you get all the data collected by Sportlogiq, you can start to bet on NLL games, you put a team in Vegas, and all of a sudden lacrosse is the #1 sport in the world and you can all apologize to me later for saying it wouldn't happen.

It all starts in Vegas, baby.