I'd like to say something negative about Cole Anthony here, but I can't. Well, except the fact he changed his goggle look and that's probably the reason he scored 34 tonight, but here's the thing. I'm not worried about UNC. This is just a dominant dude with a bunch of average players around him (Bacot will be fine). This is a better version of what we saw with Trae Young and Oklahoma. Cole Anthony is going to put up massive, massive numbers. UNC will be a 3/4 seed in the NCAA Tournament but not in that top tier.

Now here's why it's important for Knicks fans. You know who had the record?

I've forgiven RJ Barrett for going to Duke. I can forgive Cole Anthony for being at UNC if he ends up a Knick. He's that good and fits in perfectly with Barrett, Knox and Robinson. Give me him, Anthony Edwards or LaMelo Ball. 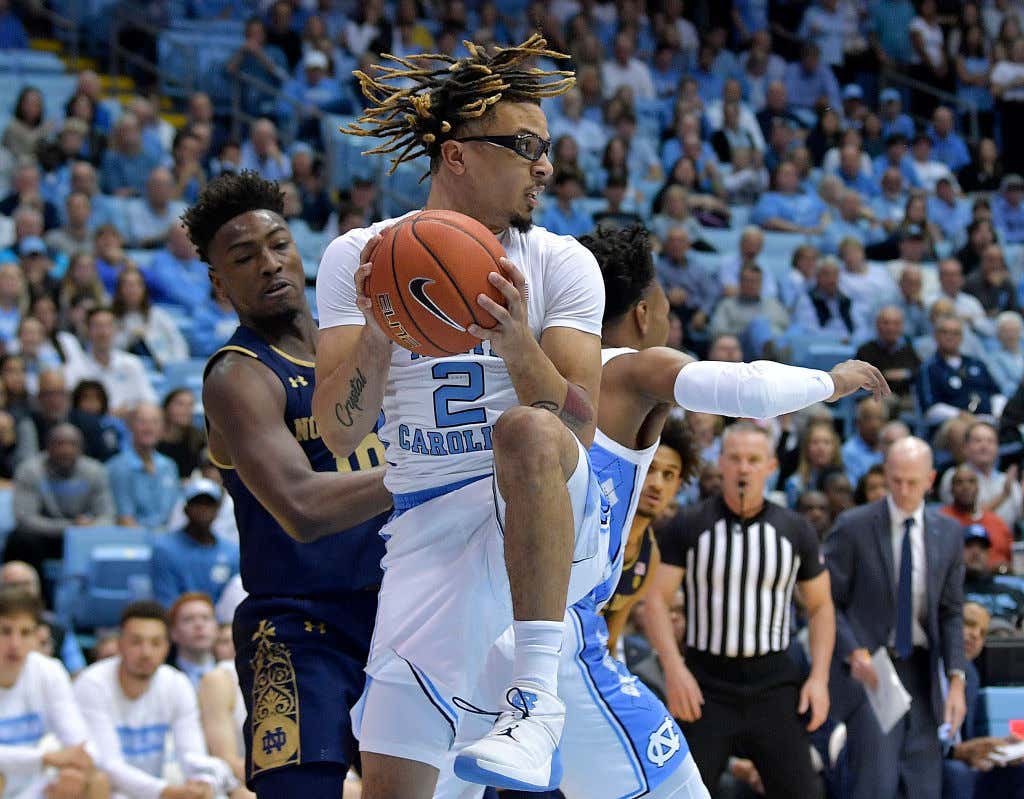 So yeah, call me a UNC hater (sure I hate them, but I also can tell you who is good in the sport and not). But this team needs A LOT of help to be a true national title contender. This game was way closer than that score indicates. It took Cole Anthony going crazy in the second half for them to pull away a bit and even then it took until the 7 minute mark or so. Where does the scoring come from if Anthony is in foul trouble or hurt? Leaky Black isn't a big-time scorer. Andrew Platek is your 3rd guard. Garrison Brooks isn't exactly creating for himself.