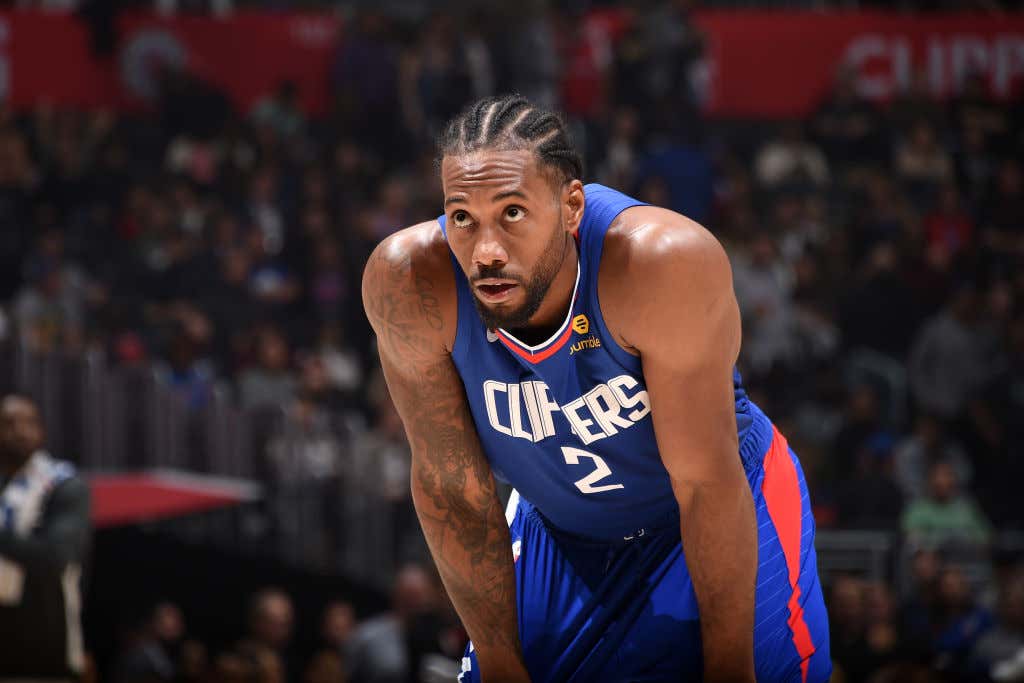 Listen, there will never be a true solve for this load management issue in the league. Not after Kawhi Leonard won a title using it and more and more teams are adopting this strategy. It's clear that the Clippers have bigger goals in mind than beating the Bucks or whoever in early season games and as fans we're just going to have to live with it. Until the league shortens the schedule or something drastic like that, we're always going to have really important players choose rest (unless your James Harden who plays every night) if they truly feel it's better for their longterm success.

At the same time, don't piss on my head and tell me it's raining. Kawhi has a knee injury? Where was that when he played 34 minutes on Sunday, and that same injury is going to be good enough for him to play tomorrow? I get it, if there is any slight issue you always go the safe route but here's where I get confused. If Woj is telling us that the decisions are made well in advance of which games Kawhi is going to sit, then who on earth would believe he's injured? What am I missing here. Sounds to me like they came up with the games in advance, and then once the time came he had have some "injury" or whatever they needed to roll with in order to get the OK by the league.

Because make no mistake. If Kawhi legit had an injury issue that made him not able to play B2Bs, wouldn't the smart move to be just sit him until he's 100% healthy? Or he is 100% healthy to play as long as it's not a B2B? This team hasn't played since Sunday so if there is something wrong why the hell would you risk further injury playing him at all. The whole thing is very confusing when we all know that Kawhi and the team want to rest him as much as possible whether he's healthy or not. It's an approach that works for him even if it's not the best look, you think Kawhi gives a shit? He cares about winning titles and that's pretty much it.

Personally, I've accepted that this is simply the way of life in today's NBA. Guys really don't play all 82 anymore, and that's not changing anytime soon. It sucks for fans who only get to see these star players once a year but at the same time this isn't exactly a new thing so that's just a risk you have to accept.