That’s just a good Southern boy right there. Mama didn’t raise no liar. Didn’t matter that he was at work, in his uniform, with the cameras in his face, he was going to tell the truth. Great when you’re in church, not great when you’re all over the news in your Popeye’s uniform hyping up Chick-Fil-A. He seems like a great dude though. You wouldn’t want to commit a murder with him around, he’s too genuine, he’d tell the cops exactly what happened in 3 seconds, but besides that, I love the cut of his jib. He couldn’t in full faith look at that camera and say his sandwich was better than the competitors. He’s a real life Fletcher Reede from Liar Liar.

If I’m Chick-Fil-A, I’m scooping up the rights to this video and making it my new commercial campaign. If you don’t trust the fat happy go lucky southern boy with the Popeye’s hat, who can you trust? 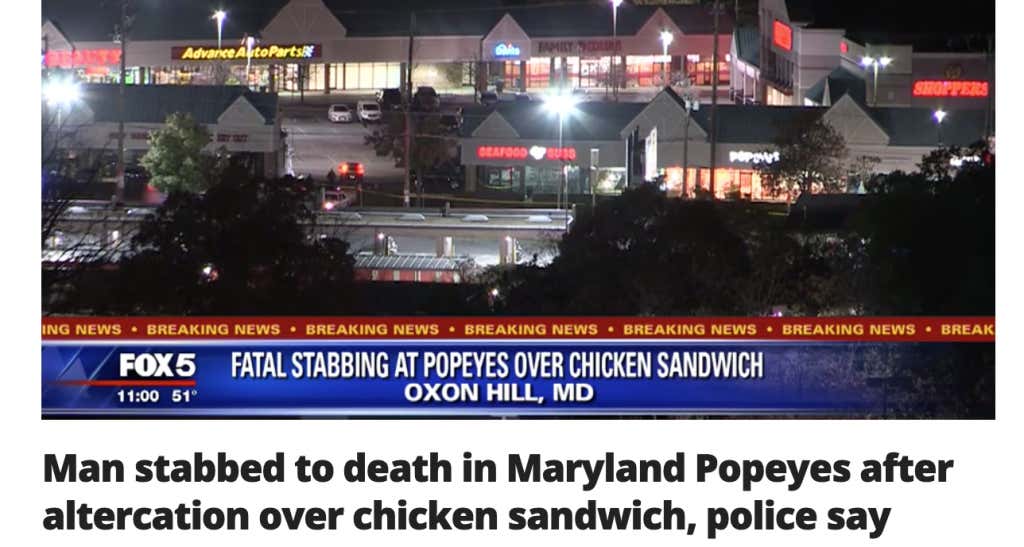 …but then again, if someone is willing to murder for one of your sandwiches, it doesn’t get much better publicity (for the sandwich itself) than that.

And thus, the great sandwich battle of 2019 rages on.