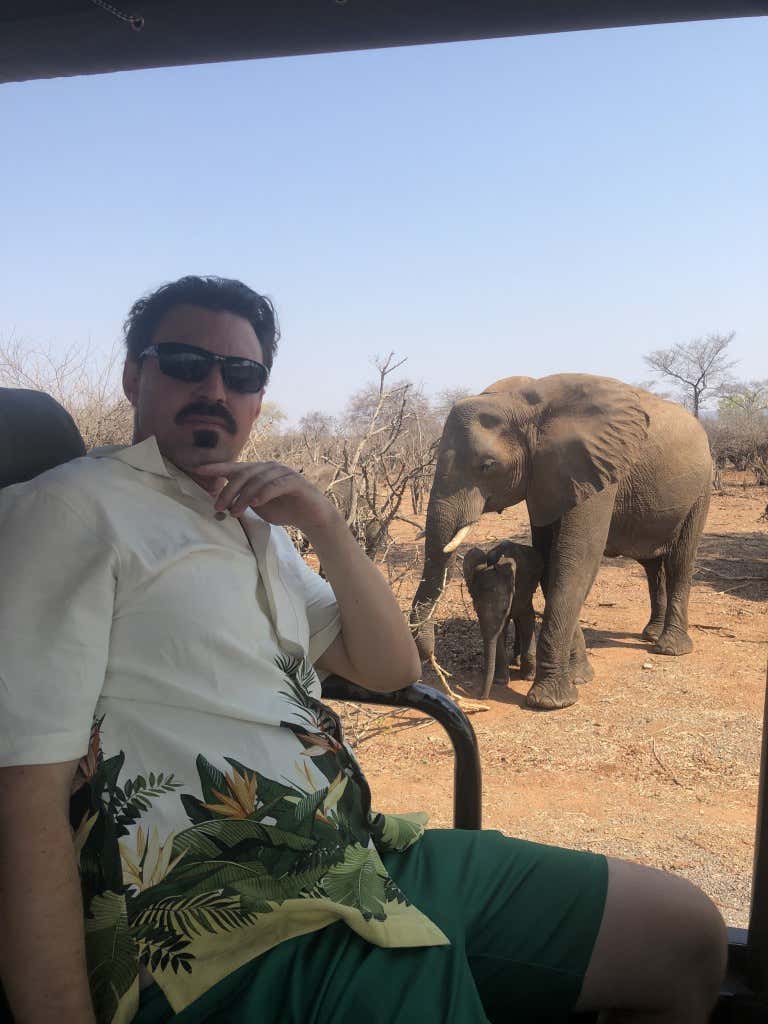 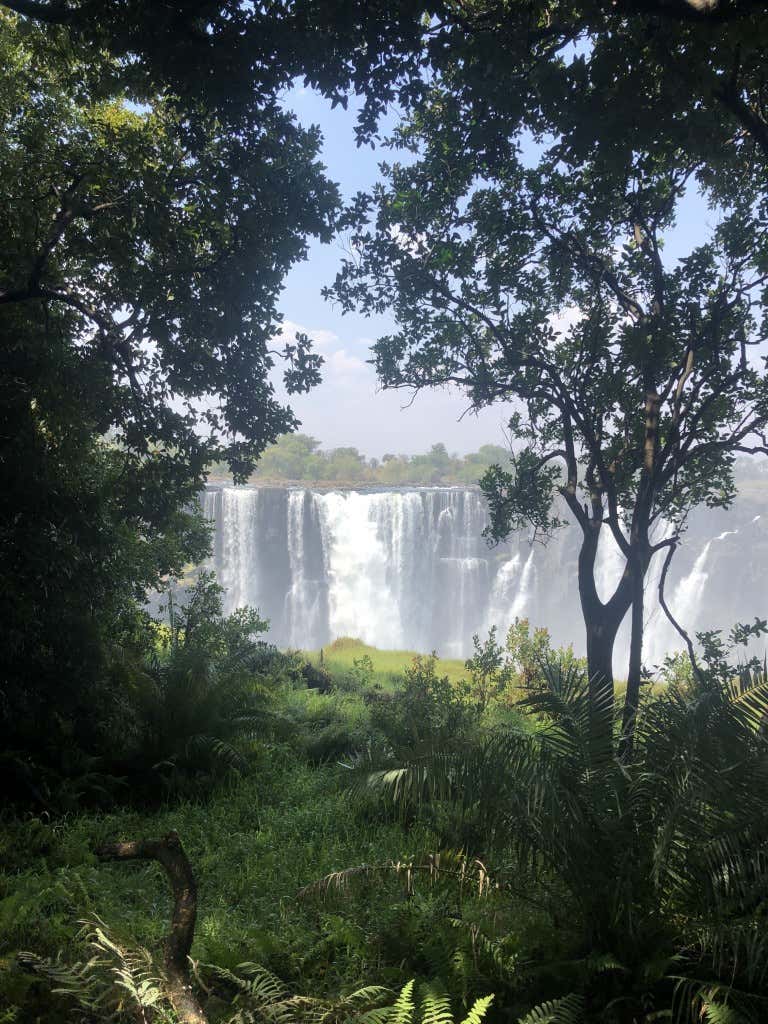 Once our lodge (Shearwater Victoria Falls) found out that we were Big Js, they rolled out the red carpet for us. I’m talking private breakfasts down by the river 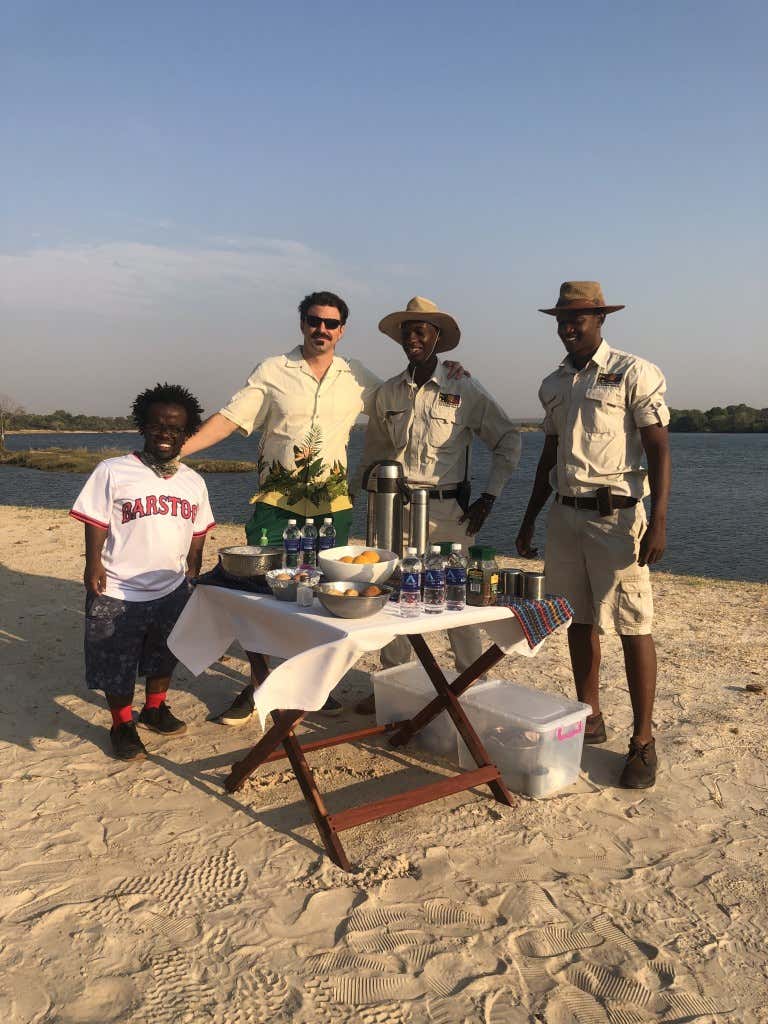 and a private walking safari tracking Giraffes with this guy. 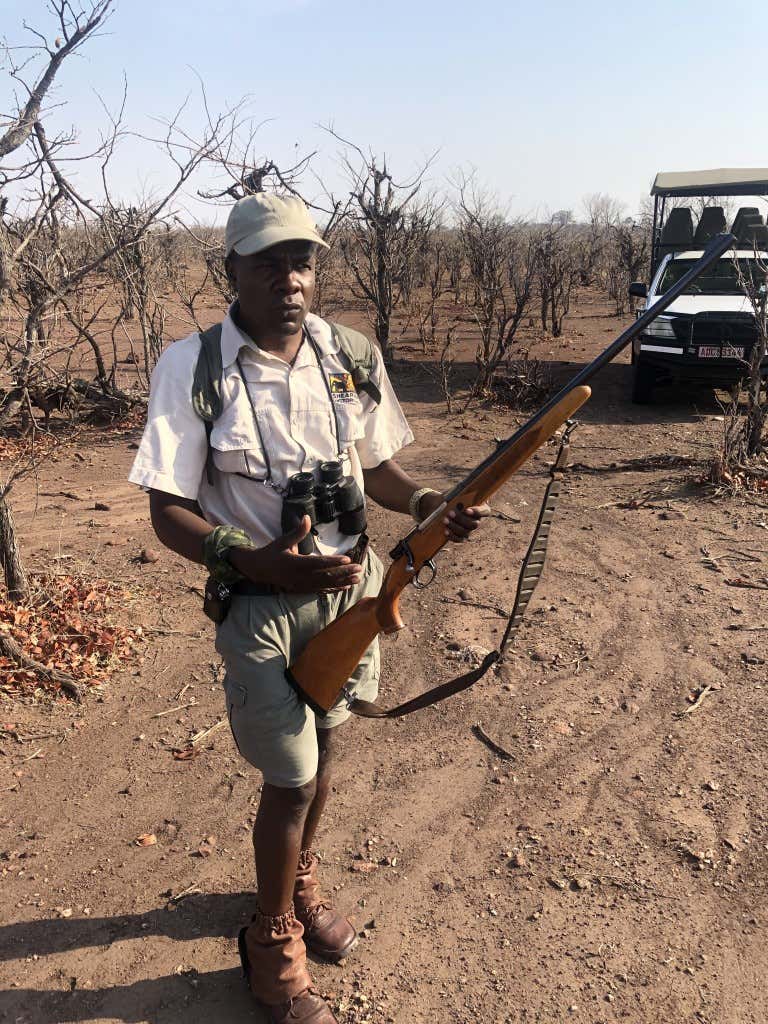 They also offered to comp us a bunch of adventure activities such a bungee jumping, a gorge swing, and helicopter rides. Obviously Chef Donny was game for every single one. Zah was down for approximately zero of them. I have no idea how Zah could turn down a free helicopter ride when there are poor white kids in America who would trade their left nut to go up in a chopper. Finally though, we were able to strike a deal, Zah would take a spin in the helicopter…

…if I would agree to do the gorge swing. Here I should mention that a girl bungee jumping at this exact same bridge back in 2012 had her cord break and plummeted into the river where she suffered a collapsed lung and almost drowned.

I was able to do some mental gymnastics and convince myself that this meant the operation was currently one of the safest in the world.  No company that fucks up THAT big is ever going to let an accident like that happen again. right? RIGHT?

I was so nervous leading up to the jump I had to switch up my regular order of 3 beers and a Fanta to 3 tequila shots and a beer. It actually helped calm my nerves quite a bit.

From here on out we’re officially in the clear. No more potentially fatal activities as we’re going to be focusing more on cultural stuff. I’m most excited to be spending a full day in Zah’s ancestral village. Fun fact by the way,  Zah’s full African name is Zvataida Tafara Chimedza.

Zvataida means “What we wanted”

Tafara means “We Are Happy”

I’m no African language expert but Zvataida Tafara Chimedza appears to translate roughly to “We are happy that you were born but you should have been swallowed”. Interesting!