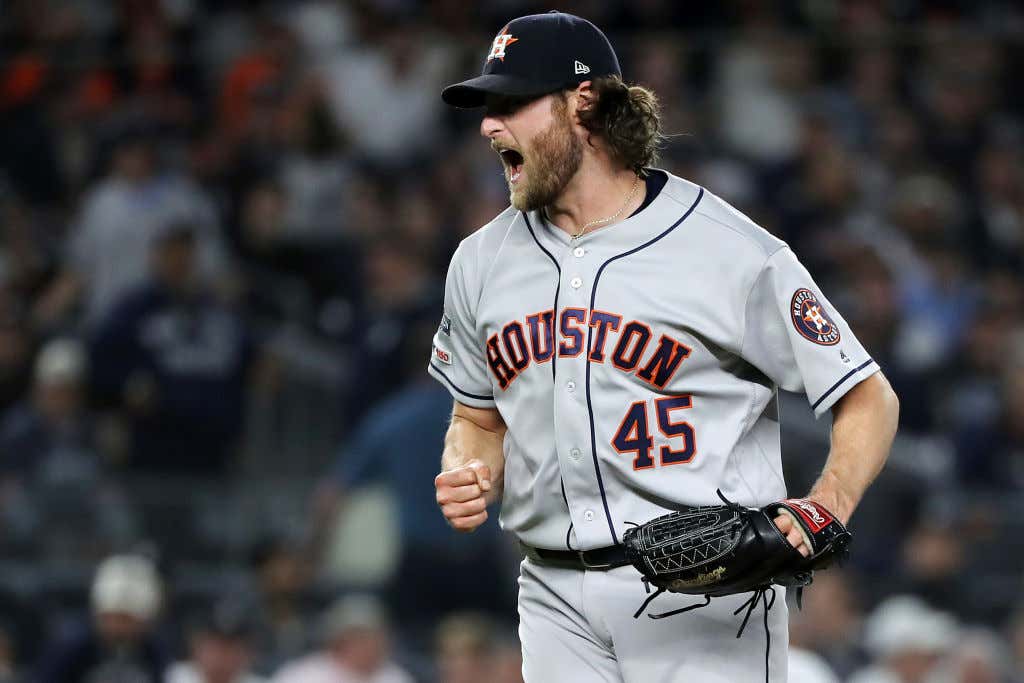 It appears CC Sabathia has wasted no time in transitioning from baseball player to his new role with the Yankees: top recruiter. There may not be a better job for CC than this. Some of you said pitching coach but I think we all know that will NEVER happen. Nope, recruiter is perfect for him right now. CC Calipari. The man thrived in New York City for 10 years, which is the type of length someone like Gerrit Cole is going to want with his next destination. There are several stories of pitching failures in New York, but CC is a very positive one. The man went through many highs and many lows during is tenure in pinstripes, but at the end of the day he was beloved by everyone. He's our secret weapon now. It's beautiful.

According to the R2C2 podcast, hosted by the great Ryan Ruocco and CC himself, CC has talked at length with Cole several times about pitching in New York as a West Coast guy. WAY TO GO CARSTEN!!!

Me and Gerrit Cole have spoken at length many times about me pitching as a Yankee as a West Coast Guy. This is crazy, this is shaping out… like the same offseason I had.

If we get Cole I would like to give CC a minority stake in the team just for doing a good job.

The offseason has officially begun. If you were trying your best to not get roped in and get hurt, well you're shit out of luck. It's all hands on deck for Gerrit Cole. CC is leading the charge and needs to keep pushing. Now we need to infiltrate Cole's best friends and family and convince them now.

"If you give that motherfuker enough money, he’s going to want to come here."

GIVE HIM ALL OF THE MONEY.