[The Athletic] - And they didn’t even know this other thing — nobody did — about what was on the 6-foot-3 freshman guard’s mind. For the first time in as long as he could remember, Maxey’s father, Tyrone, was not in the stands. He watched on television, back home in Texas, while recovering from an illness the family prefers not to disclose but one that is serious enough it moved his mother to tears in her seat at MSG.

“It’s very special,” Denyse said, barely above a whisper. “It is a gift to his dad, because his dad has been at every single game his entire life, and to not be able to be here tonight for one as important as this … it was really tough. It was terrible.”

Maxey’s father was there in other ways Tuesday, however. He sent a text message to his son hours before the game. It was just three letters: LND.

“Leave no doubt,” Tyrese explained. “That’s something he’s always told me. It felt great to see that text. I knew he was out there watching me.”

Just when I think I couldn't love watching this kid play more, Kyle Tucker from the Athletic drops this story? Good Lord that just makes what he did last night even more insane. I mean imagine you're a freshman. You're playing the marquee game of the season - 1v2 - to open up the year. You're playing in MSG. You are now worried about your dad not watching you for the first time ever.

Instead, Tyrese Maxey did this:

And he did this: 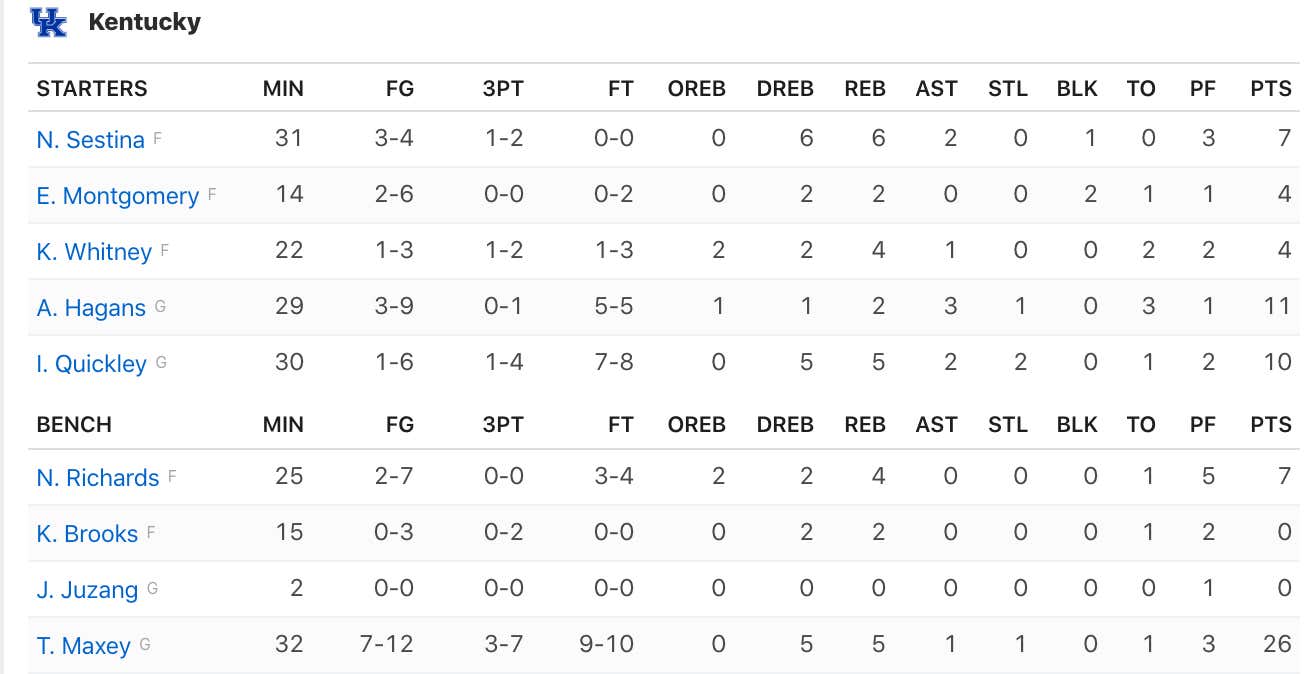 Oh and then he finished the game with this:

All because of a saying that is now going to be Kentucky's and Maxey's calling card. Leave No Doubt. I love it. Every great team has a motto that comes out during the year. That's step number 1. Well, step number 1 was getting players like Maxey. Step number 2 was the motto. Step number 3 was beating Michigan State.

I just don't know how you can't root for this kid. Hope nothing the best for Mr. Maxey, but the fact that he's out here balling out with his dad sick just makes the story even better. Oh and he showed up for his 8:30 class.