It appears as if Drew Doughty might have had a point, huh? 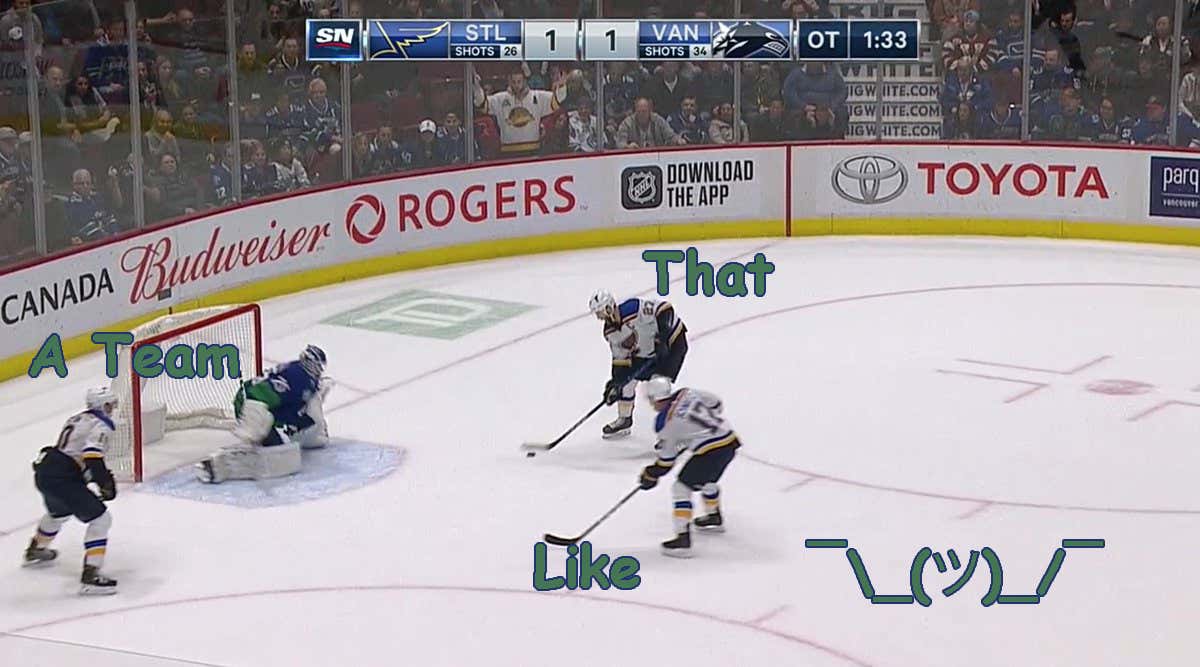 I mean it was always one of those things that people just sort of assumed--if you give up a 3-on-0 in overtime, you're gonna have a bad time. But at the same time, we simply couldn't prove it to be true because no team had ever been bad enough before to make it happen. There was no hard evidence to point to and be able to say, "yup! Might not wanna give up a 3-on-0 in overtime because it's game over from there, folks!". But now, thanks to the Vancouver Canucks, we have that hard evidence that supports our original hypothesis. Good work, guys. I really appreciate you all taking one for the team like that. Way to prove all the doubters wrong.

I'd like to take a moment right now, though, to admit that I'm a little worried. I fear that I'm starting to prematurely hate the Vancouver Canucks and I really don't want to hate the Vancouver Canucks. Pettersson and Boeser are both a couple of rock stars. I like Quinn Hughes a lot. I think that Bo Horvat is a pro's pro. Heck, they even have Jordie Benn. I can't hate a team that has a Jordie on their roster. But I'm just worried that this team is doing the exact same thing as the Carolina Hurricanes did last year where they are a young team that is feeling a little disrespected even though the organization hasn't done anything over the last 5 years to prove that they deserve to be taken seriously. And it's not so much the team that I hate, but their social media and their fans. I don't want to totally despise this team that is actually a lot of fun to watch just because their social media and fans are a bunch of whiny little bitches, but I'm getting nervous that we're going to reach that point much sooner than later.

So I'll just get it out there on the record now--I'm a big fan of the Vancouver Canucks but I know for a fact that I'm going to hate their guts by Christmas. Sorry but there's nothing I can do about that. It's out of my control.