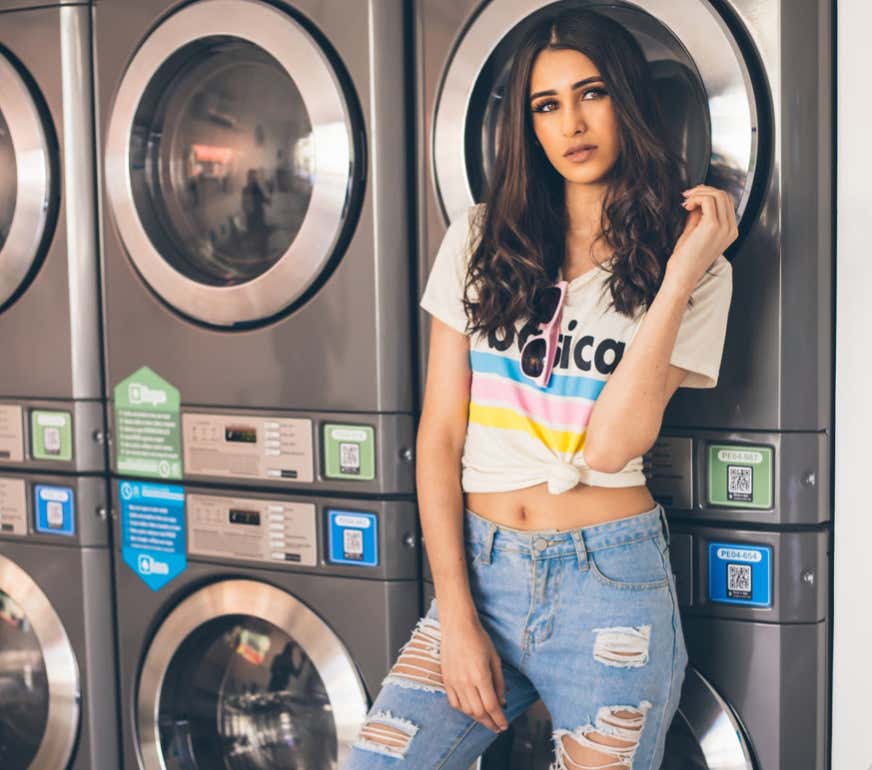 In 2019, jeans come in all manner of styles but there’s a divide among jean-wearers as to how much to wash them.

If you’re washing your jeans after every wear or two, you’re likely washing too much. At least, that’s what multiple designers and experts from denim brands tell USA TODAY.

The fabric on denim is thicker than a T-shirt, and you’re (hopefully) wearing a layer of underwear beneath your jeans. Concerns about bacteria are likely unfounded: In 2017, a student in the University of Alberta wore jeans for 15 months straight, and they contained the same bacteria levels as they did when he wore them for less than two weeks.

A report issued by Levi’s in 2015 says that washing jeans every 10 wears ”instead of every two times reduces energy use, climate change impact, and water intake by up to 80 percent” Levi’s CEO Chip Bergh even confessed to not putting his jeans in the washing machine for over a decade.

How often should you wash your jeans?

The one overarching rule: Go by the smell test.

Hahaha!  I asked this question in February of this year.  I think it was bred from an argument Chief and I were having about him washing his jeans after one wear because he’s a pretty boy Sally.  Don’t totally remember, but it doesn’t matter anymore for reasons we will soon discuss.  But as Buzzfeed says, some of the answers to my question were SHOCKING. 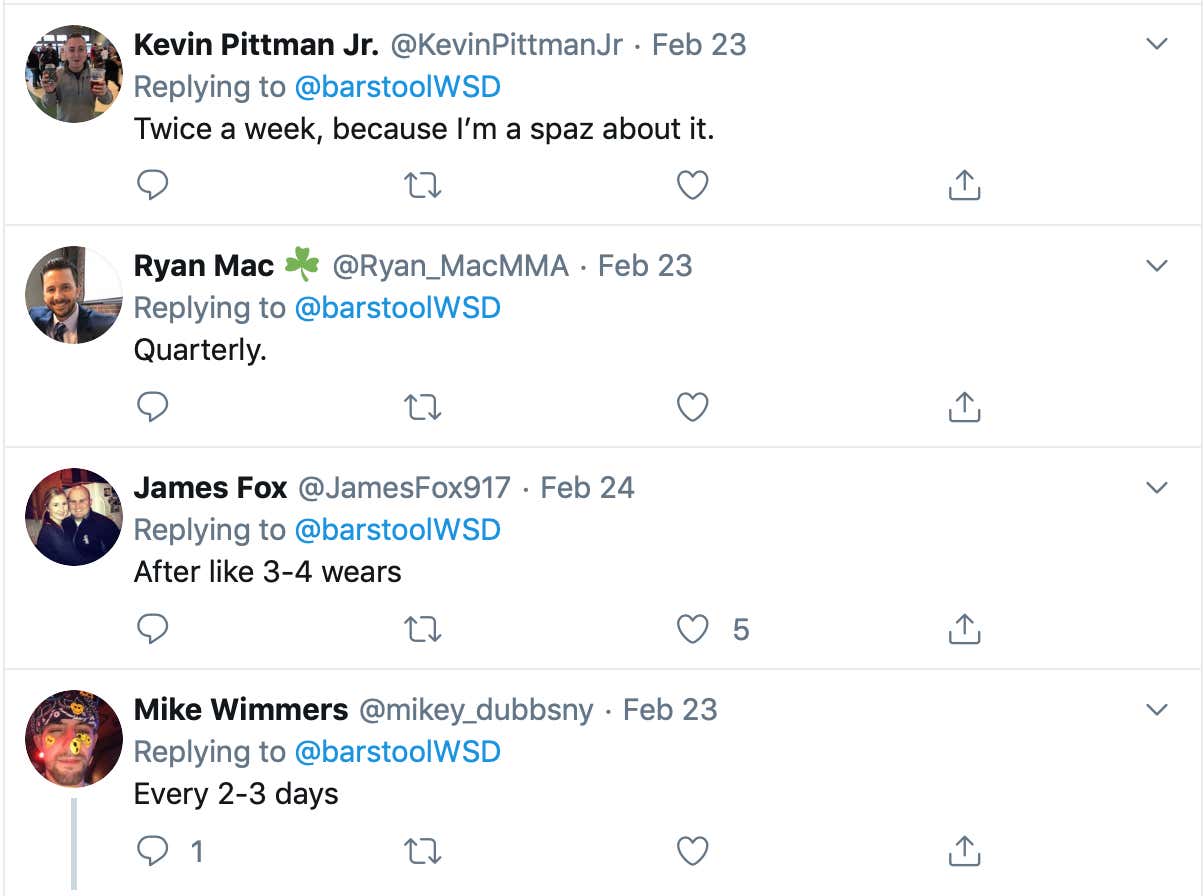 a bunch of fucking LUNATICS.  Every 2-3 wears?  You fucking kidding me?  That is OUTRAGEOUS behavior.  Obsessive compulsive.  If there’s a murder in Chicago in the next day or two, look no further than these freaks.  They have screws loose and aren’t fit for society.

Look, it’s been explored ad nauseam on Barstool Sports before.  There’s nothing worse than washing jeans.  They get stiff, they don’t fit right and become plain uncomfortable.  The only reason to ever wash them, at least until now, is because society tells us that we have to every so often or if you drop cheese fries on them when drunk or something.  That’s even though about 95% of us know that washing jeans (and hoodies to a lesser extent) is totally unnecessary.

Myself?  I’d say I’m a quarterly guy.  I have a solid 5 man rotation that could win a playoff series. But unfortunately for me I was left pitching my 5th starter when I made my 1 hour trip to Manhattan last month and had an uncouth picture taken of me:

Still gutted it out and came out with a gritty W.  Shout out to our company expense phone application.  And for the record no, I am not and never have been a JNCO guy.  Kohl’s or GTFO

Thank god for science though – usually science is a waste of time and money but every so often research and experiments are done that provide concrete value for the people.  Now we don’t have to adhere to society’s bullshit rules because science says washing jeans is completely unnecessary for one, and bad for the environment for two.

But… there’s one part of this study I can’t and won’t agree with:

Jeans, multiple experts advise, should be washed in cold water with a mild detergent. McMillan at Dearborn Denim uses Woolite Dark detergent, which is designed to reduce fading on dark clothes, at home.

You don’t do laundry in cold water.  Not ever.  You wash it in hot water so you burn the stains right out of your clothes.  Everyone and their mother knows that.  But that’s just me nitpicking this study.  Everything else is A+ and a great use of time and money.