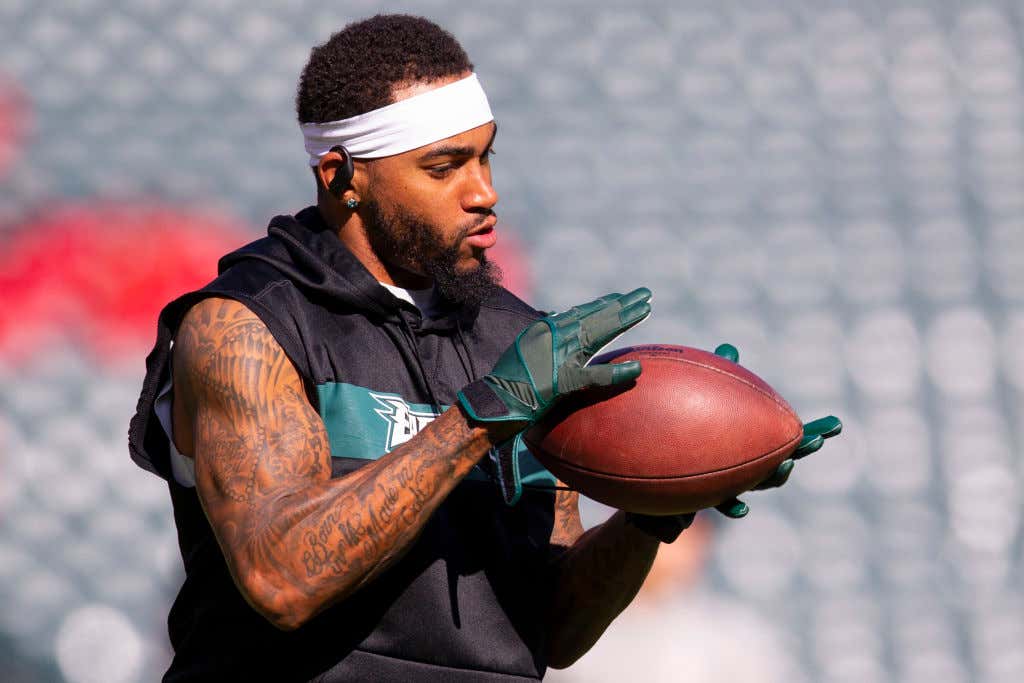 I honestly don't think that DeSean Jackson and the Philadelphia Eagles could have botched this situation any worse than they have handled it already. It was week 2 when DeSean Jackson first went down with an abdominal injury. At the time, he could have either gotten surgery to repair the injury or he could have done exactly what he did and just wait a few weeks to see how he felt. Initially it was just supposed to be for a few weeks. Maybe get him back involved in week 5 if the Eagles were lucky, week 6 at worse. But as the weeks went by, we still didn't hear much news from DeSean Jackson's camp and it was becoming PRETTY FUCKING INEVITABLE that DeSean was going to end up missing just as much time without having the surgery as he would if he had just gotten the procedure.

But no. DeSean didn't want to get the surgery. Whoever he was getting advice from led him astray, forced him to miss a shit ton of time, and then "rushed" back into the lineup this weekend against the Bears despite not being at 100%. So what INEVITABLY FUCKING happened? He makes the injury even worse. This time he tore his abdominal muscle right off the bone and now he has to get surgery. The same surgery that he should have gotten after week 2, he's getting after week 9. And instead of being back right now after healing up from surgery, he'll be out for another 4-6 weeks. And then from there, who the hell knows what's going to happen. Maybe he'll be healthy, maybe not. All I know is that DeSean Jackson and the Philadelphia Eagles took a massive gamble here with not getting the surgery after week 2, and now they're looking like they just bet the house on Akron -9 vs UMass.

Goddammit, man. And to make this even worse, the whole reason why the Eagles didn't make any moves at the wide receiver position is because the team kept saying "well DeSean's coming back so that's basically the same thing as picking up a receiver in a trade anyway". Well now what? Now what? The team didn't do shit to fix their issues at wide receiver and DeSean Jackson won't be ready to play until the end of the regular season HOPEFULLY. But hey, at least Mack Hollins still runs a great decoy route.

I don't know who the majority of the blame goes to here. Obviously DeSean Jackson is an adult so it's not like the Eagles could actually force him to get the surgery. But c'mon. Everybody knew this was going to be the outcome. Everybody knew that a 32-year-old wasn't going to be able to just magically heal his own body using nothing but time. What could have just been a 6-week injury is now working its way to a 12+ week injury. Not great!