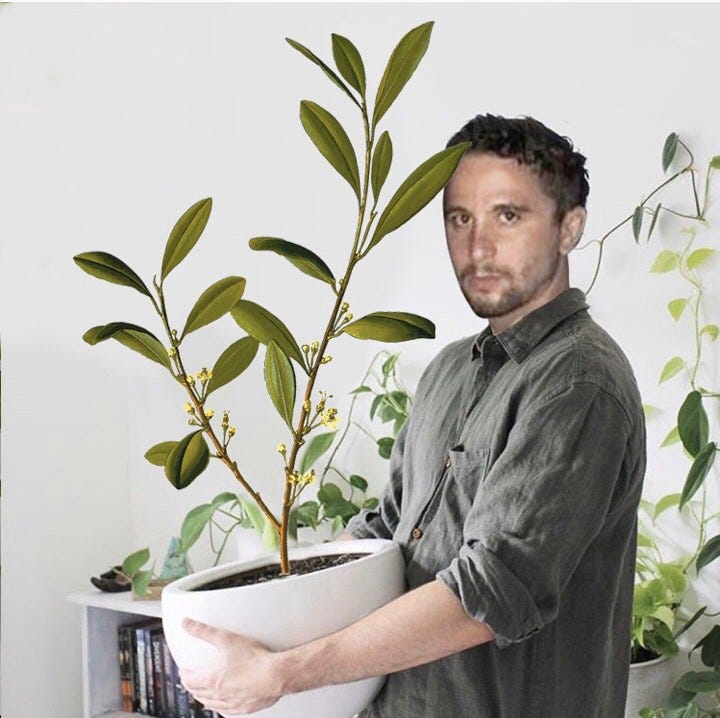 In the beginning, all my friends would mockingly refer to me as a "plant dad." It seemed like every time I'd clock in at Great American Cookies, they'd sarcastically say things like, "How did the succulents sleep last night?" or "Is the peace lily potty trained yet?" Although they were making fun of me, I proudly adopted the title and started unapologetically talking about my plants as if they were my real children.

As I grew older and more mature though, I realized the stupidity of that behavior and mindset. Who was I kidding? Raising plants isn't even remotely close to raising human children. It's so much more difficult and rewarding. And I can say that with absolute certainty after adopting my forty-third plant baby, an adorable little croton bush named Georgie, on Sunday afternoon.

So how did my casual interest in plants blossom into a full-blown infatuation with fostering flora? Let's rewind even further…

I was a fresh-faced fifth year college senior mindlessly opening and closing social media apps in the top bunk of my cluttered dorm room, which smelled of a formidable combination of Adidas cologne, Three Olives Loopy, and StarKist tuna. At the time, my life seemed perfect, and I couldn't think of a single thing I wanted to change about it. Next thing you know, I was browsing the Instagram page of one of my favorite celebrity plant moms and caught myself becoming green with envy as I gawked at the diverse plant life that dominated the backgrounds of her inspirational photos. 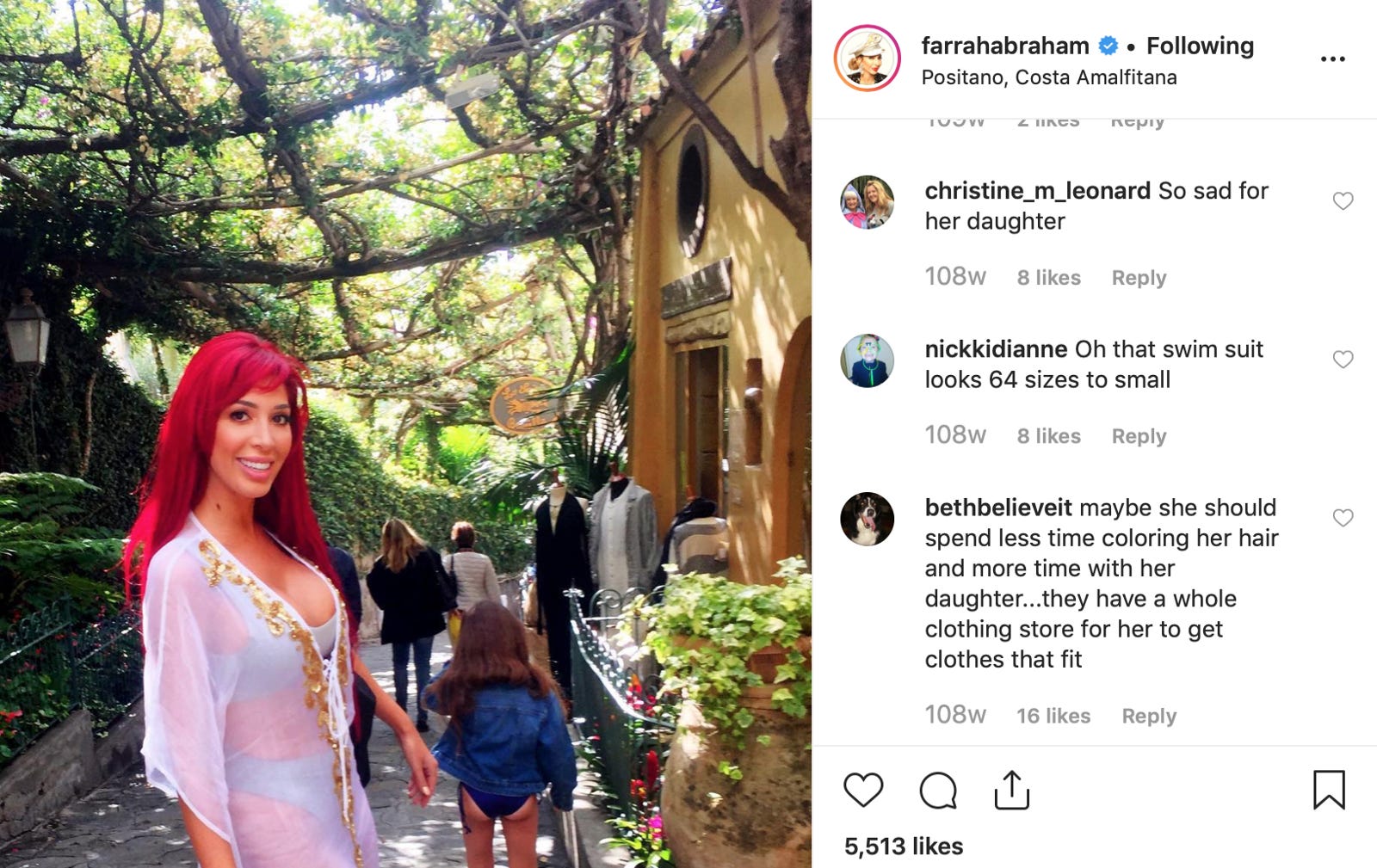 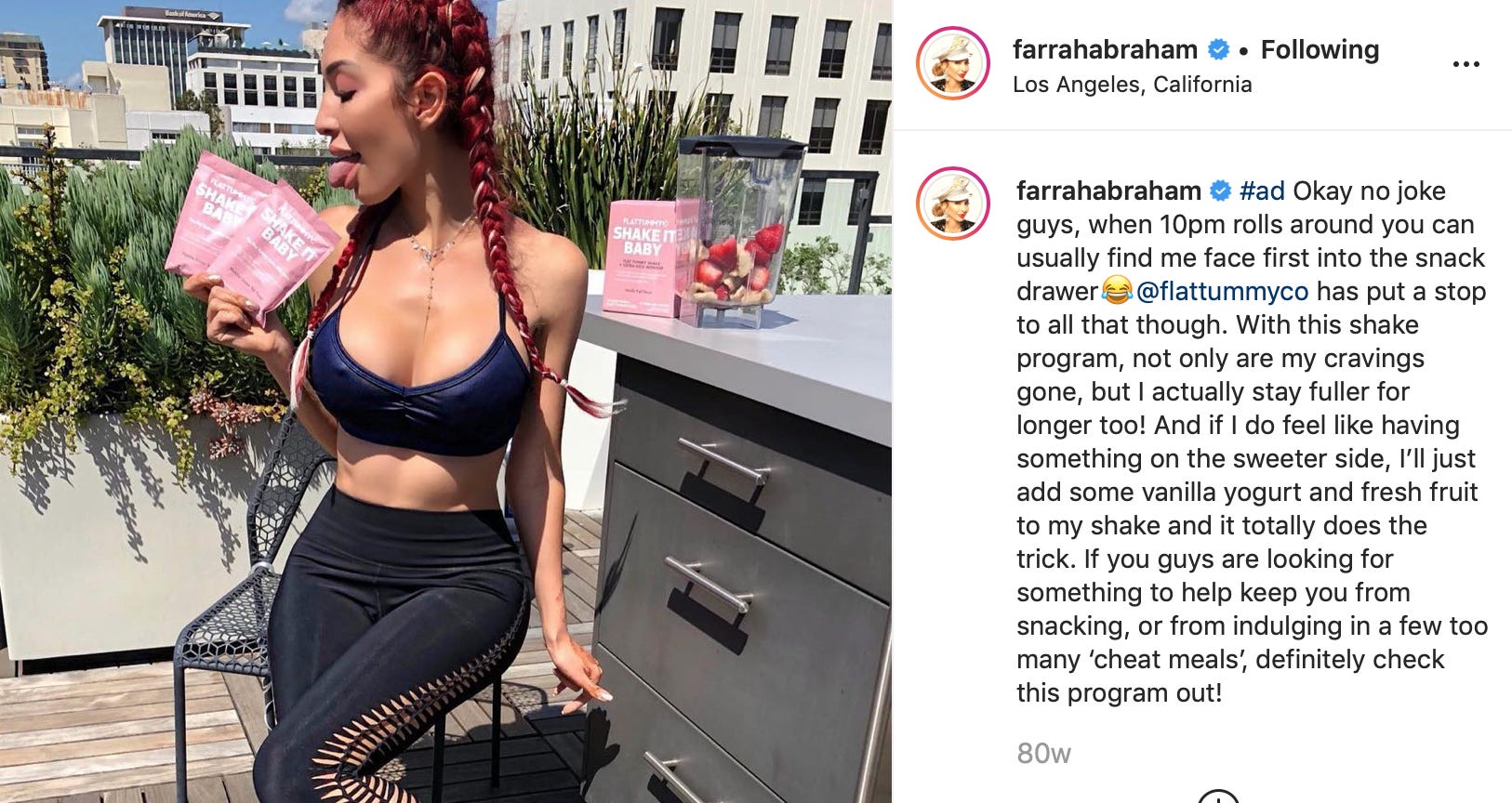 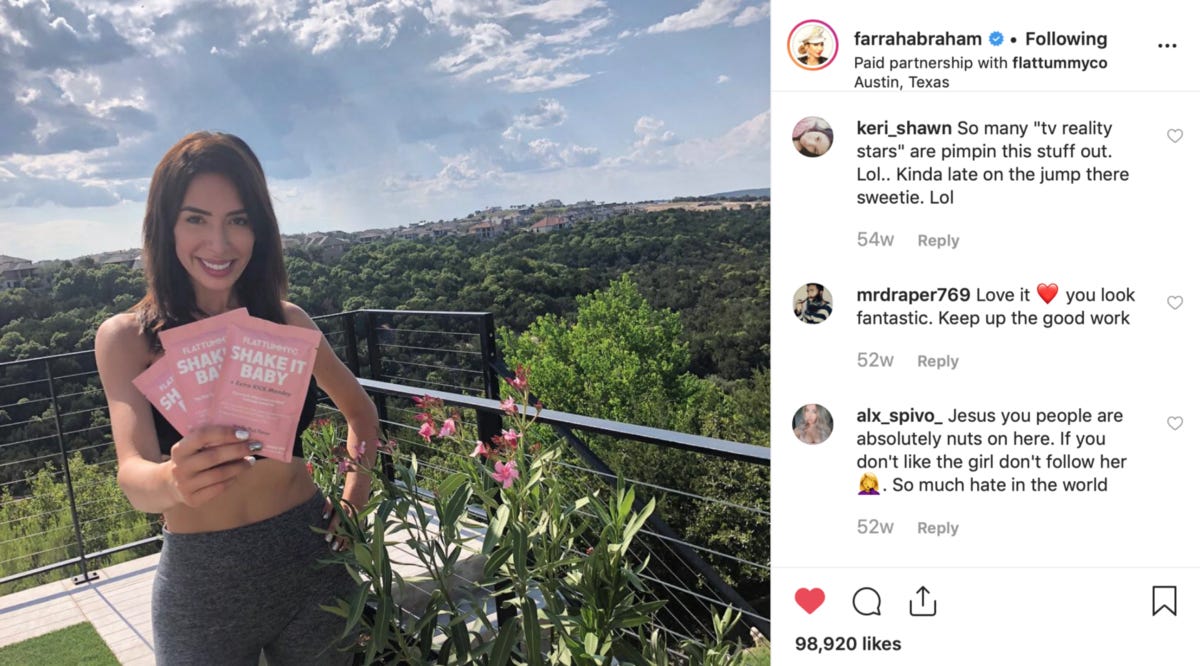 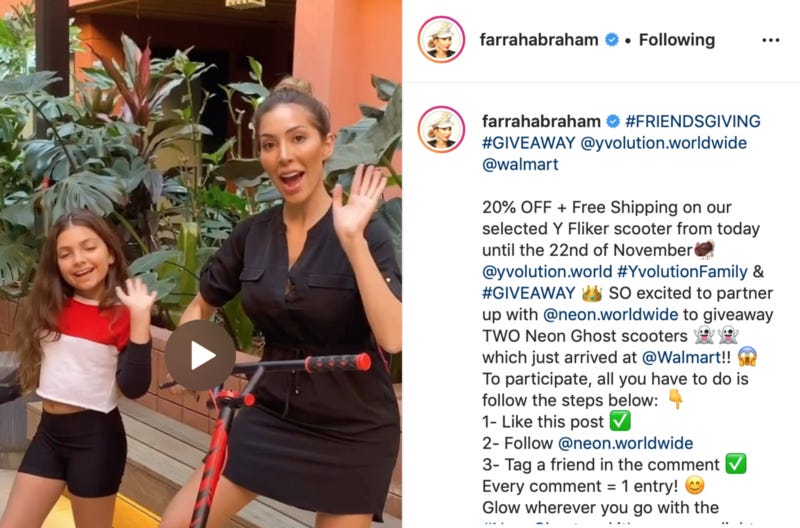 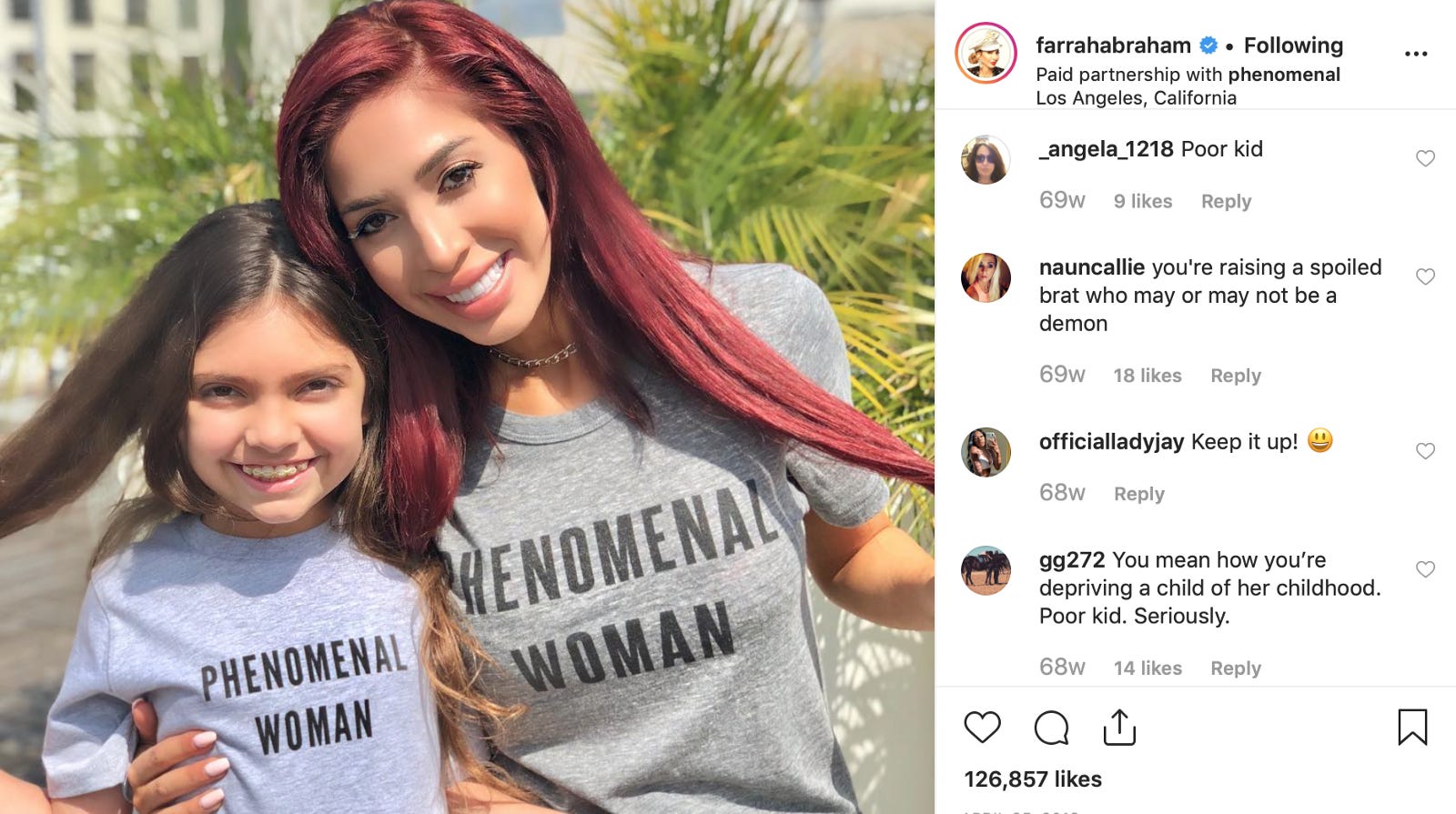 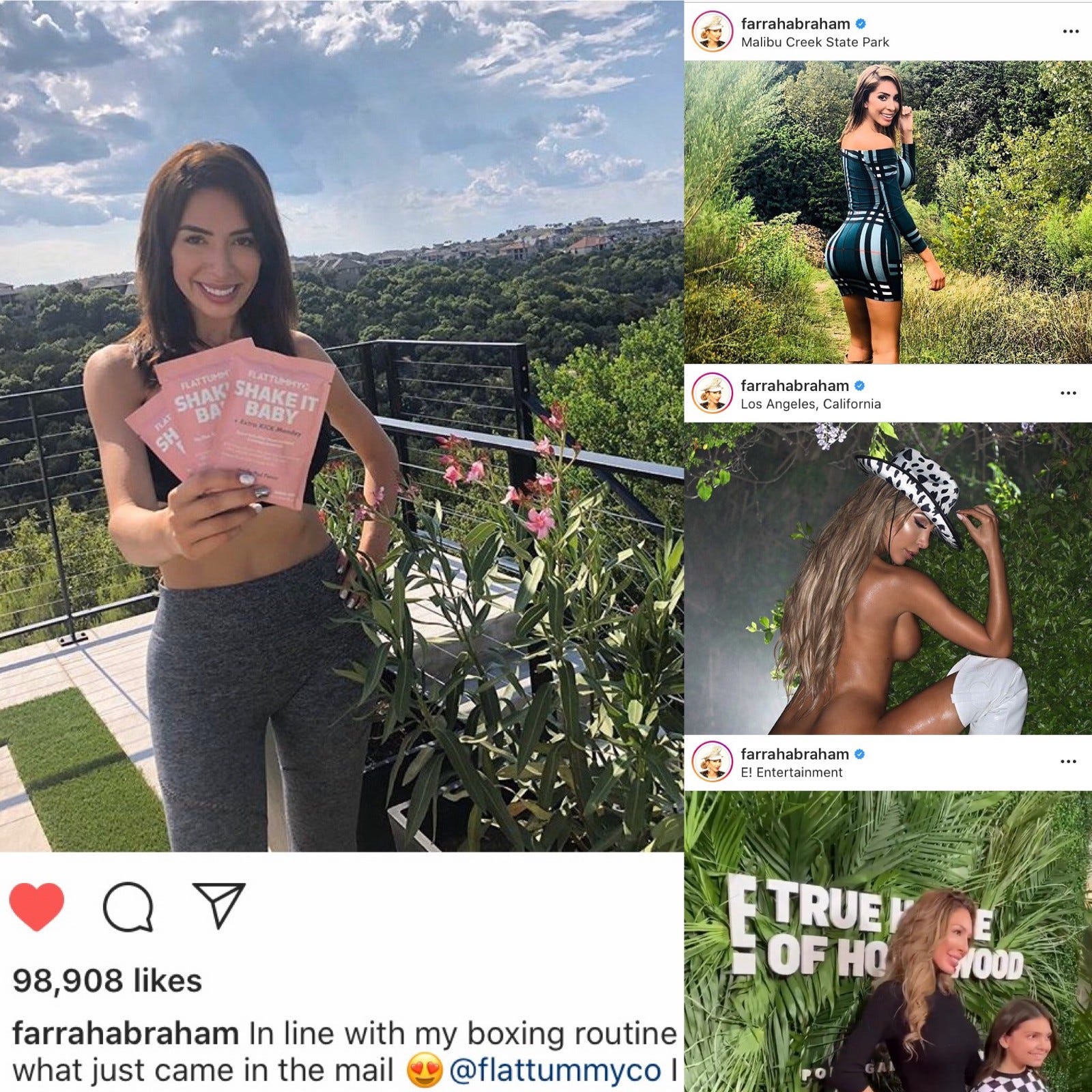 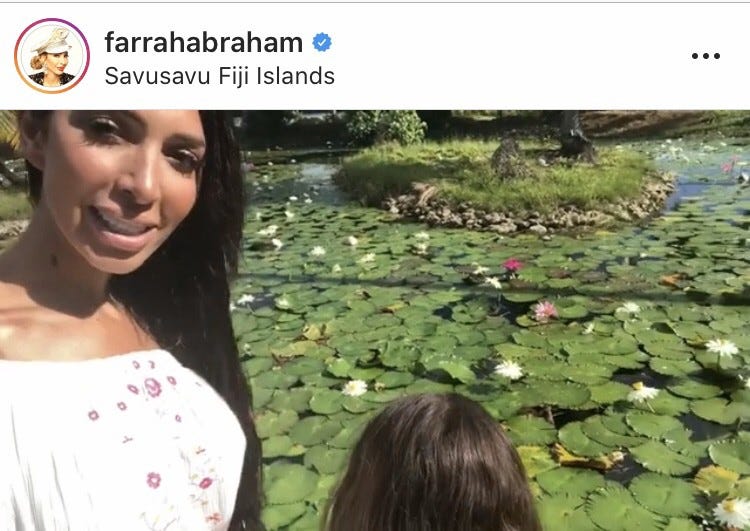 And just like that, I had the burning itch. It was my first time ever experiencing "botanical baby fever." If Farrah could balance her horticulture obsession with the rigorous daily schedule of being a Flat Tummy Tea saleswoman and former reality TV star, I'd be damned if I wasn't going to dip my toes into the plant parenting pond.

My first baby was a non-binary imperial red philodendron that I adopted from a plant nursery in Columbus, Ohio. I immediately rushed it back home and named them Evan (Ev for short, Evangeline for long). It was the first time I ever felt a reciprocated emotional connection with another living being, and vice versa. Evan and I were inseparable, and my life had officially changed forever.

The days turned into weeks, weeks turned into months, and the longer Evangeline stayed alive, the more exciting it all became. So a few months later —on a trip to the Cincinnati Botanical Garden — I bought James Kay, a pink and white polka dot plant. The woman at the check out told me when they're really happy, they'll sometimes grow purple flowers… challenge accepted. 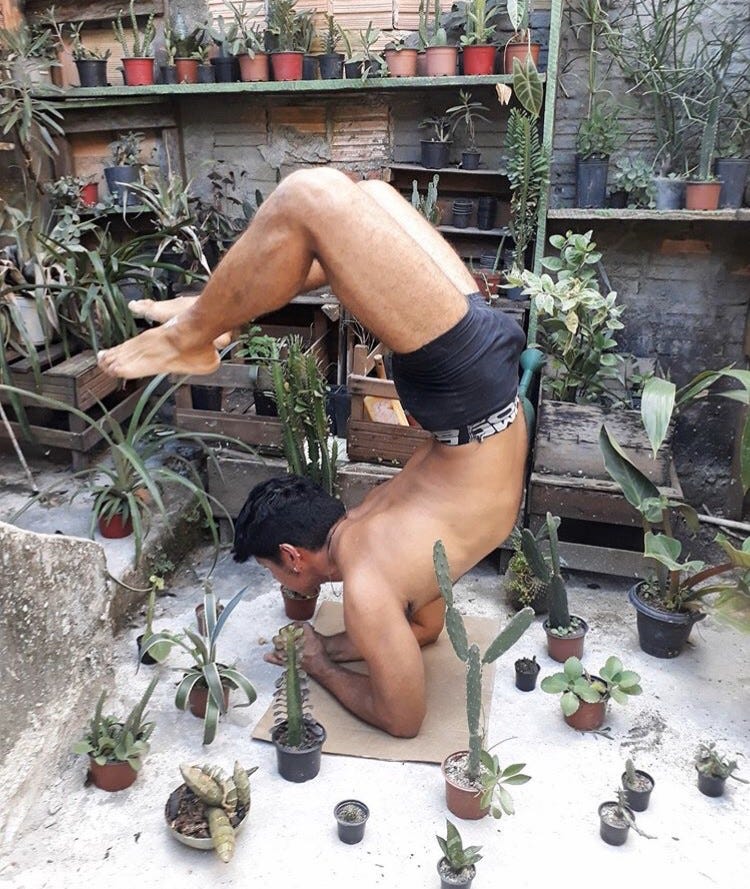 Soon enough, an addiction formed. And when I got evicted from my dormitory and moved to New York City to pursue a career in unemployment, I finally had the freedom to fully express that addiction.

Next came Gulliver, a petite and ornery fern, and Whitney, my finicky and always rambunctious coca plant. My succulents —Monica, Marilyn, Mimi, and Stormy —commandeered my sunny kitchen window next. Then came my mischievous trio of Ponytail palms , Scootaloo, Apple Bloom, and Twilight Sparkle . They were followed by my rubber fig, 王秀英, and my bamboo babies, Boyd and Rothstein. My octet of cacti kiddos came next. Then a pair of Prayer plants, Pius I and Pius II, joined my jungle sanctuary… Then my African spear plants, Hutu and Tutsi, which flanked my tomato plant, Dan Nainan, on the fireplace mantle. And so on, and so on.

Bringing plants into my home not only gave me a therapeutic indoor garden that prevented my roommate from using our living room or kitchen, but it showed me that I am capable of loving and empathizing with others. As someone who's spent more than enough time babysitting and looking after young kids, I can confidently say that plants are significantly more lovable and valuable to society than human children.

When I water my little jade plant, Esmerelda, she grows and becomes even more beautiful. When I give my little nephew, Grayson, a shower, he throws a temper tantrum because he has an extreme aversion to being sprayed by the hose.

My four-year-old indoor coffee plant, Max, can produce his own coffee beans (one of the most valuable commodities in the entire world). My four-year-old nephew can't even produce its own name coherently without sounding like it's saying "Gwaythan." Wanna take a guess at which son is more valuable to society? 2.25 billion cups of coffee are consumed worldwide on a daily basis. You know how many cups of speech impediments are consumed each day? Next to none.

But that's NOT to say child rearing is any easier when it comes to plant babies. 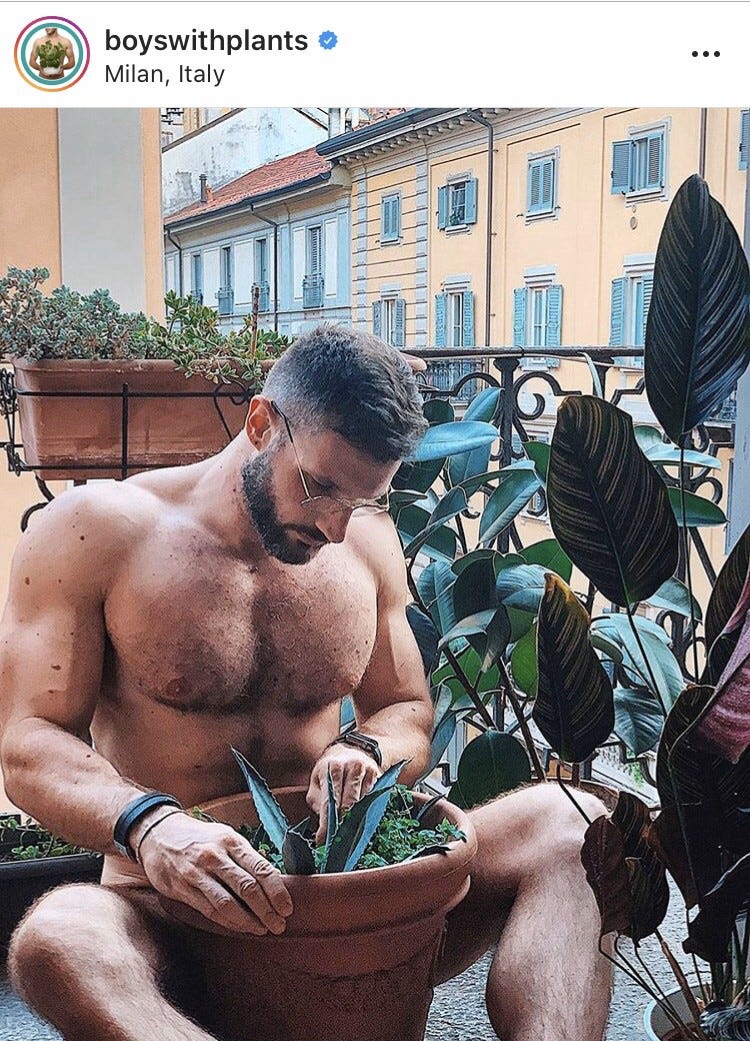 When I accidentally went a day without watering my begonia, she lost multiple leaves. When I accidentally went three days without feeding Grayson, he didn't lose a single limb. When my peace lily was briefly exposed to high humidity on a hot, summer day, it got a life-threatening fungal infection that required around-the-clock treatment from a costly bottle of organic fungicide. When my nephew was locked in my car with the windows rolled up on a hot, summer day for multiple hours, it only took a few minutes for the paramedics to resuscitate him. Plus, every parents worst fear is burying one of their children. So you can imagine the overwhelming stress and crushing anxiety I regularly feel, as a shrub father, knowing there's a great chance that every single one of my dozens of children are going to die before me.

And I don't want to hear a single peep from you animal lovers…Being a plant parent takes 100x more strength, heart, and intelligence than raising a dog or cat. 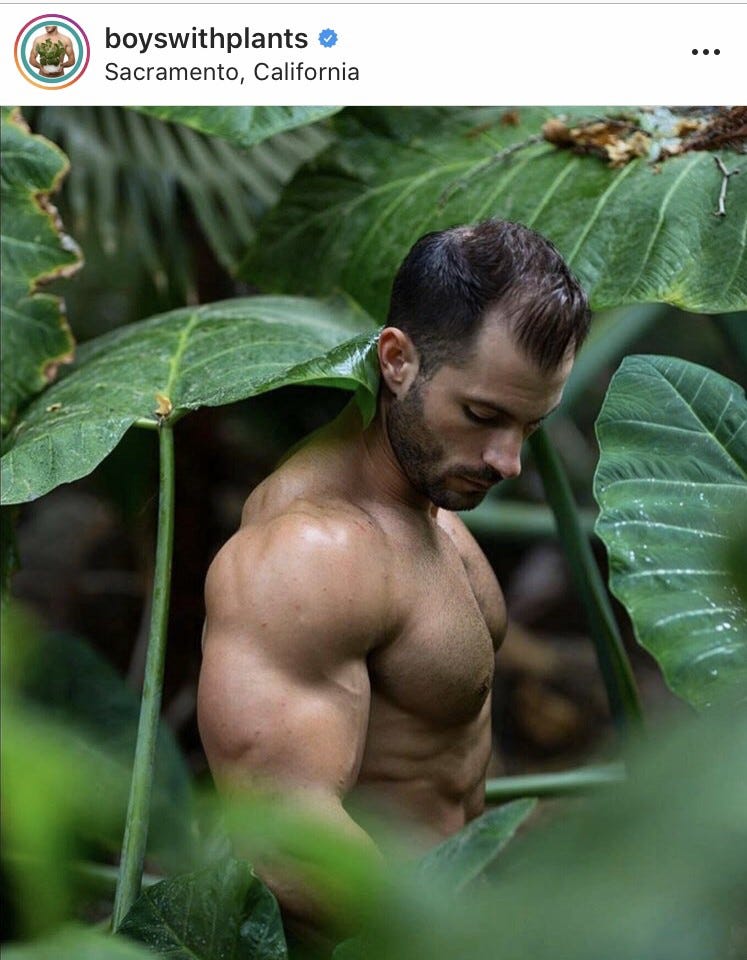 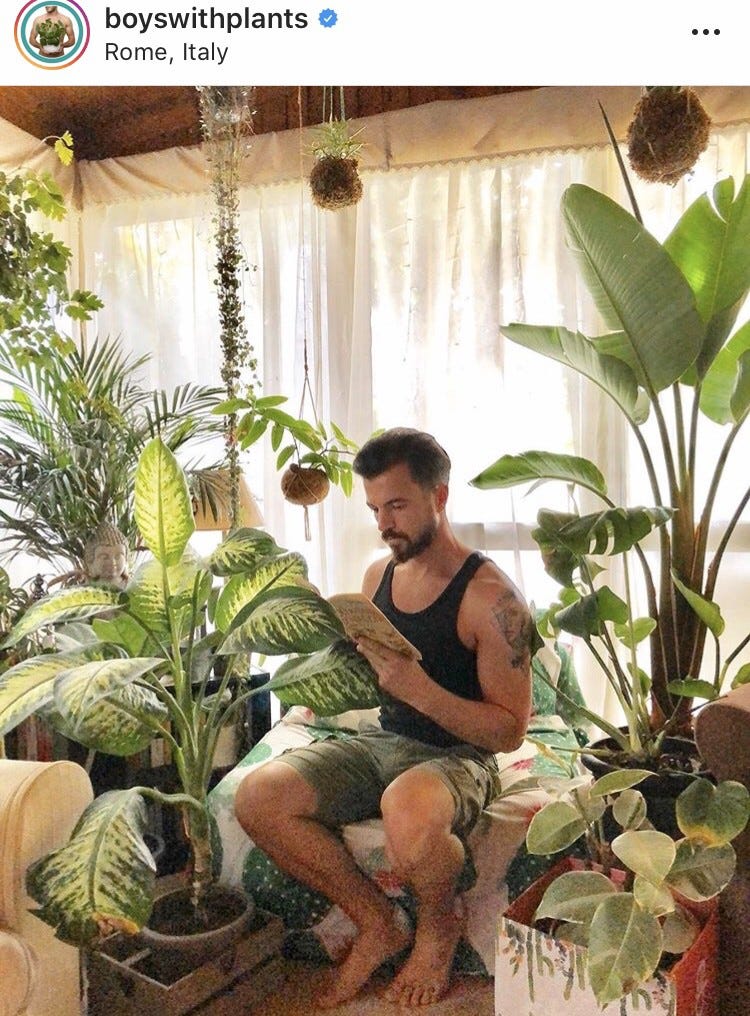 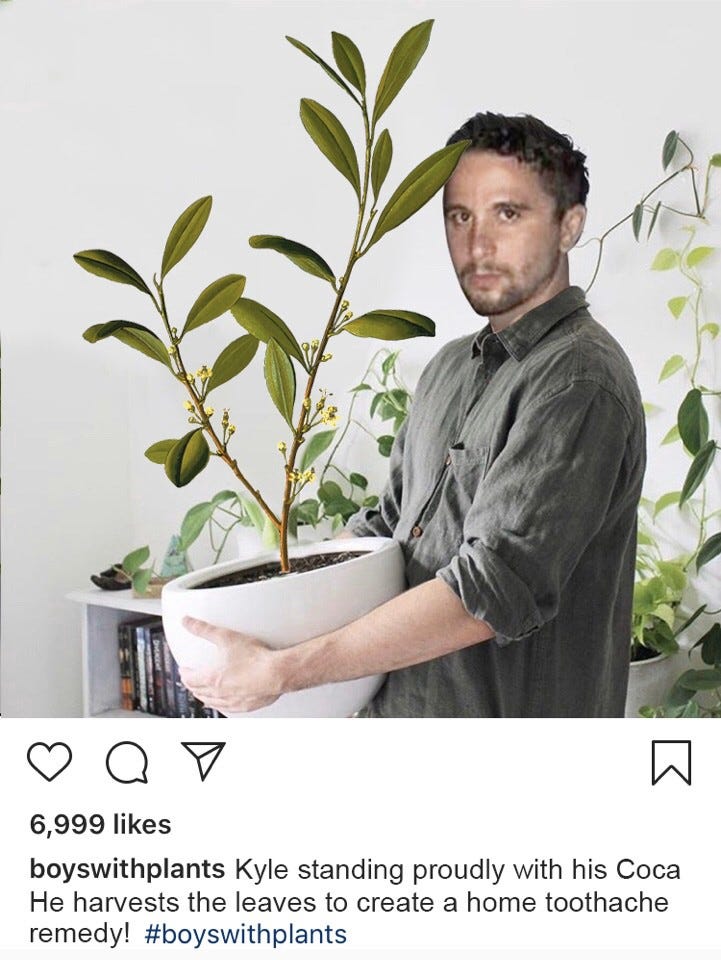 During the early years of my tenure as a plant papa, a bizarre culture of "dog moms" and "dog dads" started to sweep the internet and become a massively popular craze amongst young adults. It seemed like everyone wanted a "fur baby" just so they could proudly flaunt it in the pictures and bios of their depressing dating app profiles. Instead of fantasizing about normal things like having sex or affording a studio apartment, many simple-minded millennials started erotically daydreaming of more realistic accomplishments, like having a "pupper" that gets rated 13 out of 10 points by a teen boy's viral Twitter account. Or a "doggo" that dominates the social hierarchy of their hypothetical house parties.

As pathetic as that type of behavior sounds, it only continued to get worse and worse over the years. And now, as delusional dog moms waste their time ghost writing lengthy first-person captions for their illiterate Cocker Spaniel's "public figure" Instagram account, I can rest easy knowing my humble family of plants doesn't require social media likes to feel wanted or loved. They have me. And regardless of their lifespan, I'll love them forever and like them for always. As long as they're living, my babies they'll be.

P.S. Shoutout to the people who told me I'd never get a girlfriend because of my "creepy obsession with my plants." Not only did I get one, but she likes plants almost as much as I do.