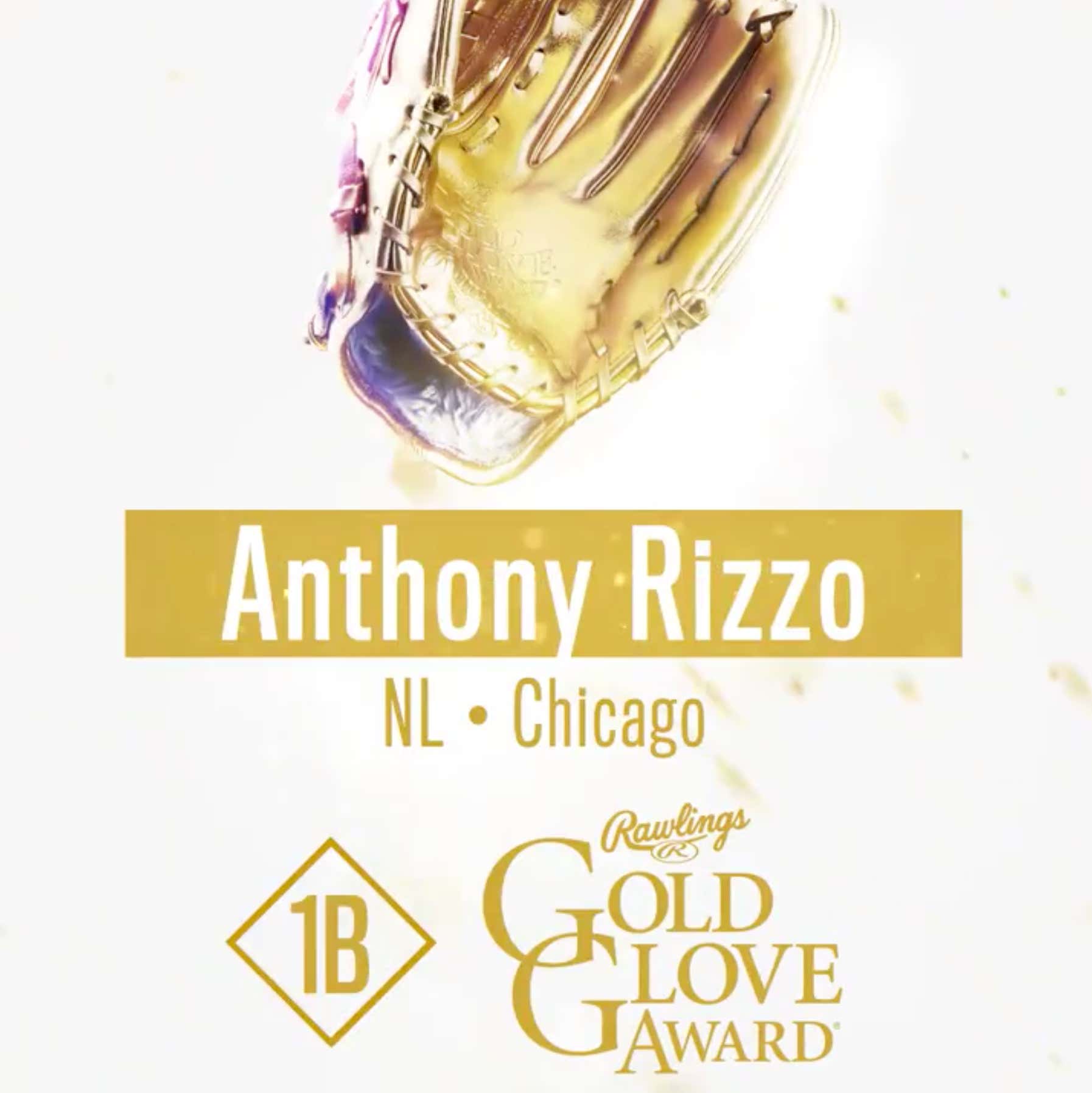 Couple things worth tackling here so let me start with the low hanging fruit and First Part Of This Blog (1/3):

Congratulations to Cubs 1st baseman Anthony Rizzo on winning the 2019 Gold Glove. It's his third GG over the last 4 years and a real testament to his consistency. There's certainly been ups and downs since completing the rebuild in 2015. But pound-for-pound there has been nothing more reliable than Anthony Rizzo playing a clean 1st and giving you at least 4 remarkably professional plate appearances. To call us spoiled would be putting it lightly.

I realize I'm getting dramatic and so what. The guy deserves it.

Let's close out our congratulations with a salute to his defensive rankings amongst all participating NL 1st baseman:

Take all defensive statistics with a grain of salt. None of those call tell a story on their own like Homeruns or OPS. But taken together, you can paint a picture which is why we put a ** next to Range Runs, a measurement of the players' range effectiveness relative to his peers. So Rizzo being close to dead last gives you an idea of what kind of 1st basemen he is when literally almost every other statistic is 1st or 2nd.

Translation: maybe not the lightest on his feet but good fucking luck throwing it past him. Kinda reminds me of Bowser in Mario Kart 64

So again and for the last time - Congrats to Anthony Rizzo on your 3rd Gold Glove. Everyone knows you don't really care because you're not that guy, but it won't stop us from celebrating the good news because literally we got nothing else going on in this city to be proud of.

In other news with Rizzo and moving on to My Second Point Of This Blog (2/3):

Rizzo's option got picked up which is an absurdly low number for someone of his value. That's a no brainer for the club to exercise the option and surprises no one anywhere.

The bigger story, however, is whether or not the Cubs have any interest in renegotiating the deal.

It's $16.5M this year and another $16.5M in 2021. Total cost good for $33M for a guy averaging 4.7 WAR the last 6 seasons. Payroll is massive this year and next but into 2022 and beyond it becomes far less certain. Rizzo will be 30 next year with probably another 5 seasons of All Star caliber production in his future. I'm not an expert (just a blogger) but common sense tells me he's a cultural pillar and someone you can predictably build around into the next decade.

So while it's great he's back next year and thereafter at a notable discount, let's take it one step further and make him a Cub for life. Or at the very least put a C on his jersey. Honestly it's the least we can do for the guy which brings me to My Third And Final Point Of This Blog (3/3):

After 8 season of Anthony Rizzo, we're well into the 2nd half of his career with the Cubs. I said it to open and I'll say it again, "Spoiled" would be putting it lightly. The guy is fucking awesome and it probably won't be until some asshole is out there in 2028 tripping over his shoelaces that it's really going to hit me how lucky we were to have him all this time.

At present writing he's amassed 32.7 bWAR with the HOF average for 1st baseman 66. Worth noting a chunk of those guys missed time for things like fighting in the Korean War so take all things with a grain of salt.

But also worth noting Rizzo is playing out his career as the guy who ended the 108 year draught. And the more Theo's reign unfolds, the more clear it is that Rizzo is the face of that turnaround. All things equal, would that be enough of a bump if he finishes his career close to the Cooperstown threshold?

Personally I say yes, and yeah no shit I'm as biased as his mother. I can't help it.

Fortunately for everyone though - time is going to tell. That means another 8+ seasons and for the life of me I need every single one of them to be on the Chicago Cubs.