So as everybody knows by now Deadspin died last week. It was a long time coming for the most insufferable, hypocritical, delusional group of losers on the planet. A company whose lack of ethics and morality over the past 2 decades led directly to their demise. Yet somehow despite their checkered past they still tried to act like the moral authority of the Internet. A company that went bankrupt and kept being bought and sold and bought and sold for pennies on the dollars and just kept bleeding money with no turnaround in site. Yet despite these dire financial straights and a clearly broken business model the editorial staff still didn’t hesitate to bash every new owner who tried to turn it around as well as trashing any ad campaign they deemed unworthy of their high moral standards. Everything was always everybody else’s fault and never their own. All they did was bitch and moan about how unfair it was that they had to wake up at 9am to blog while happily collecting their paycheck from their evil corporate bosses.

But that's neither her nor there.  What is now crazy to me is how the mainstream media and the blue checkmark brigade is trying to turn Deadspin into martyrs. I mean look at some of these headlines and tweets;

Umm am I taking crazy pills here? Just as a reminder deadspin published an article calling their new owners the devil before the ink was even dry on the sale. They never even gave them a chance.  How would you like to buy a company and try to save them from bankruptcy only to be crucified before you even introduce yourself?  That's what happened to Jim Spanfeller.  That was before he asked the sports site to stick to sports (imagine that?) which caused a full blown open revolt.

A revolt that 100% was caused by Deadspin acting like petulant little babies with no grasp on reality or the real world. They left Jim Spanfeller no choice but to fire the editor after he refused to listen to them and the rest is history. And let’s not forget how Gawker/Deadspin went bankrupt in the first place. They posted illegal sex videos and outed Peter Thiel as gay before he was publicly ready to come out.  I mean by all accounts the most successful era of Deadspin in both traffic and financial success was the A.J. Daulerio era. An era that featured some of the following highlights/lowlights. 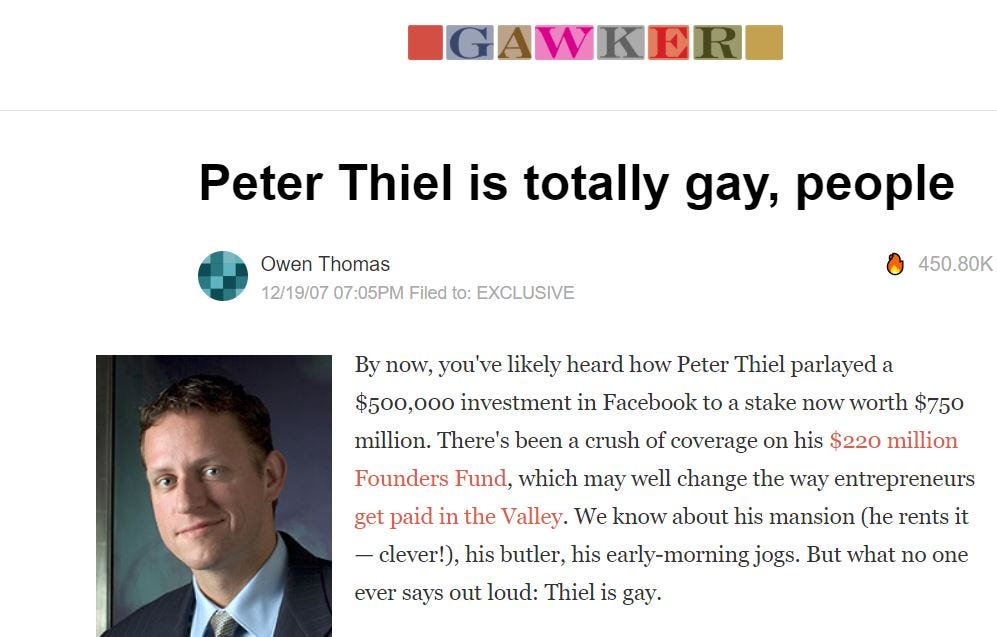 Daulerio told Hogan’s lawyer that he “enjoyed watching the video… because I found it very amusing,” and was “proud” to have published it.

“Can you imagine a situation where a celebrity sex tape would not be newsworthy?” Mirell pressed.

“If they were a child,” Daulerio replied.

“Under what age?” Mirell asked.

Gawker’s callousness goes beyond its Web site. Even its complaint department commented “Blah, blah, blah” when a college co-ed objected to the release of video that may show her being raped. Gawker editor Albert “A.J.” Daulerio — who put the infamous Hogan sex tape online — also posted video of the young woman engaged in sex in a bathroom stall at a Bloomington, Ind., sports bar in May 2010. Days later, the woman wrote Gawker, begging that the video be taken down from its sports-themed Deadspin Website, according to e-mails read in court by Hogan lawyer Shane Vogt.

“I am the girl in it and it was stolen from me and put up without my permission,” the unidentified woman wrote on May 11, 2010. Gawker’s complaint department forwarded the message to Daulerio, along with a note saying, “Blah, blah, blah,” Vogt said.

Daulerio then e-mailed the woman and told her to “not make a big deal out of this,” adding: “I’m sure it’s embarrassing but these things do pass, keep your head up.”

But Gawker reversed itself the next day and removed the entire posting, with Daulerio later admitting to GQ magazine he had regrets because the video “wasn’t funny” and “was possibly rape.”

Is this the great Deadspin everybody is talking about?   I always find it humorous when the blue checkmark brigade criticize Barstool for what we do when I wouldn't publish 95% of the stuff that they published back in their heyday because I was never about ruining lives.  We’re not talking a website being told to stand down covering Watergate or the Vietnam War.  These are bloggers from a financially struggling sports site with a checkered past openly revolting against their new owners who are trying to turn it around and save their jobs because they were told to stick to sports at a sports company. And we are calling them heroes and martyrs now? They seem like hypocritical, entitled spoiled brats to me. There was no honor or integrity in anything they did.  They took a job at a sports blog and then complained when they were told to stick to sports.