Okay, so that was relatively uneventful, which has to be chalked up as a W in any Mets fan's book. Sure Brodie sounded like a kid that was reading a report he wrote about Carlos Beltran for most of the time as he was quoting every part of Beltran's baseball card/Wiki and that cheap snake Jeff Wilpon made an appearance. But there were no fires, mascots flipping off fans, or moments that caused all of Twitter to point and laugh at Mets fans. So I am going to mark today as a success for Carlos Beltran and the New York Metropolitans since the introductory press conference didn't involve anything that can be pointed to as the moment everything started to go wrong like when the Giants announced Pat Shurmur as their head coach.

Instead, we got the Carlos Beltran we knew and (most of us) loved back in the day as a player, partially because Beltran appears to be an ageless human like Julia Louis Dreyfus and Kate Beckinsale.

Carlos' demeanor hasn't changed much either as he appears to still be a pretty quiet guy, but he did drop a quote that caused millions of Mets fans to swoon.

I know you can say that sounds like someone getting back into a relationship because they forgot about all the stuff that made them break up in the first place. But it's nothing but positivity here today! Which is why I am not going to say Brodie yapping about Carlos being a players manager and the Mets being a players first franchise seems like a hollow gesture until the Mets act like a franchise that doesn't have anonymous quotes about players being unhappy leak every single year.

Speaking of the reason the franchise hasn't been a players first organization, Mets fans were treated the easiest Fuck, Marry, Kill ever. They even lined up in FMK order! 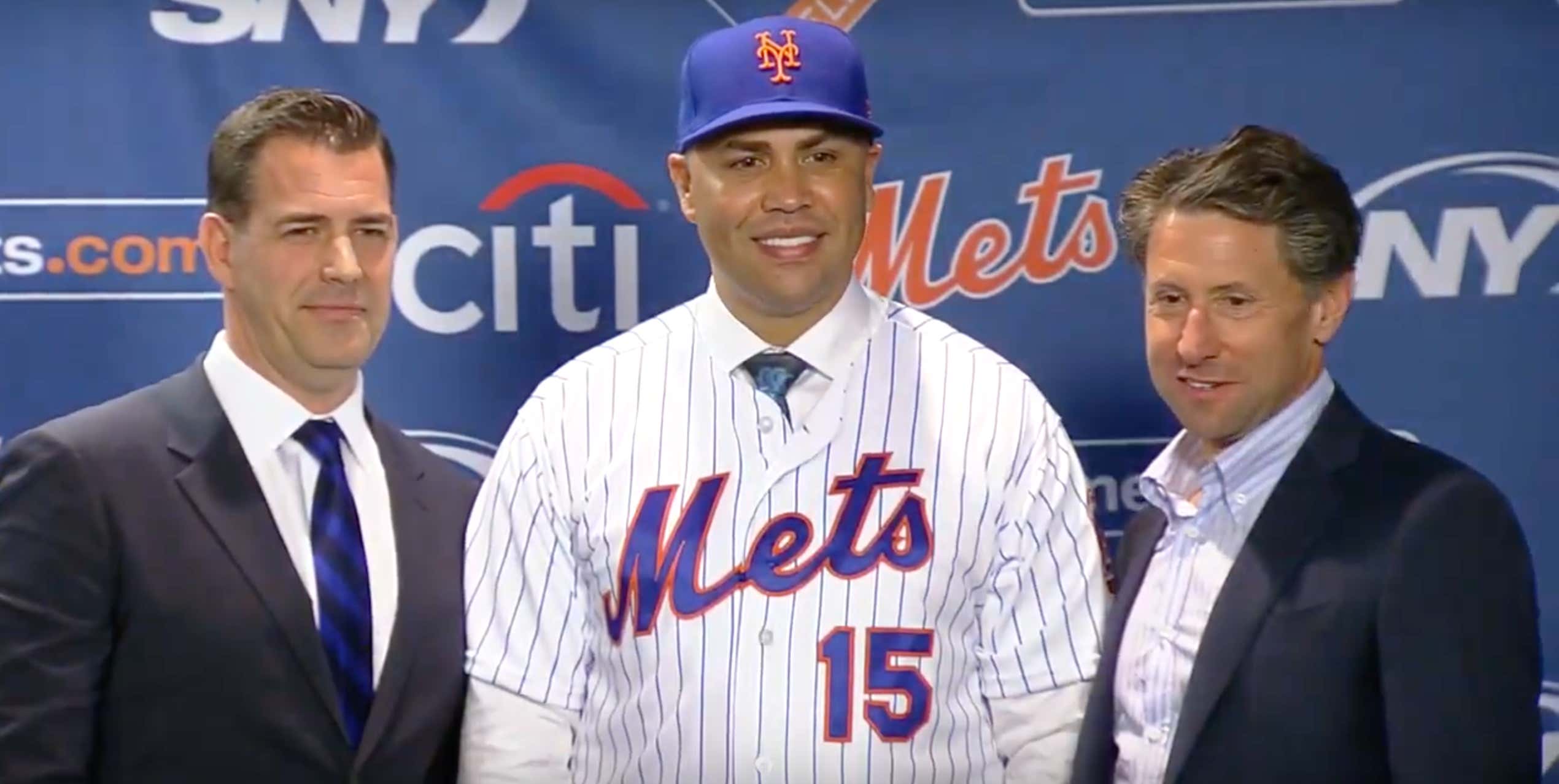 It took almost a full year, but Brodie finally landed a real deal center fielder for his ball club.

I know that Jimmy Dugan once said there's no crying in baseball. But I love when my manager shows a little bit of emotion. It doesn't matter if he's screaming while putting an umpire's ass in the jackpot or has some precipitation falling from his eyes.

In the end, I honestly have no idea what the Carlos Beltran Era will be like in Flushing. I will hope for the best, expect the worse, and be resigned to the fact that the success of the Mets will ultimately be decided by someone above Carlos, Brodie, and the players on the Mets org chart.

Put "Unique Political Machinations" as my cause of death when the Mets inevitably kill me, because that will be the true reason for the years of dogshit play and heartbreak.

At least we get to hear this glorious music again. #LFGM