Look, I spend a lot of time with Cousin Producer Zah. Probably more time with him than anyone else in the office. I know what he’s capable of physically, mentally, emotionally, sexually – all of it. Which is why I’m concerned. I understand that he’s comfortable in the bush, but a man of his stature has no business being…in the bush. For starters he looks like a baby animal. If I’m a lion and I see that thicc little man walking around, I’m taking a bite. I’m pretty sure the only reason he hasn’t been attacked yet is because he’s with The Won Ton Don, whose hide is so visibly tough the lions know to stay away. He’s also just way too comfortable. I mean, look at how close to was to this FEEDING lion… 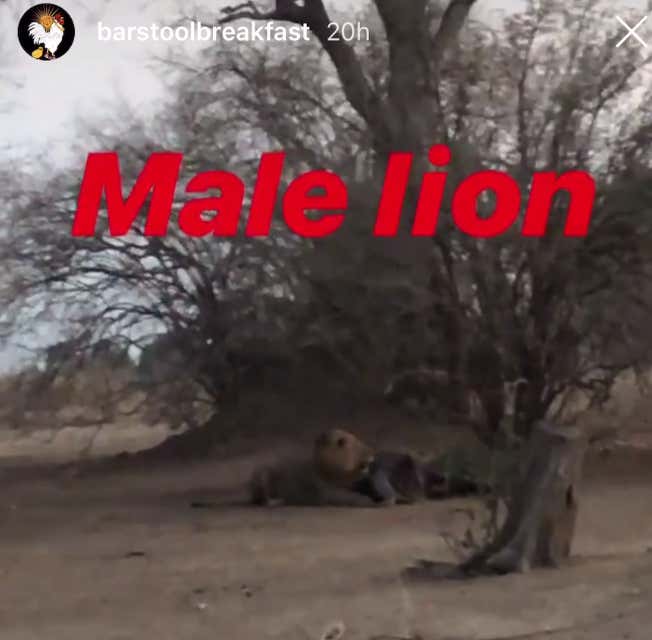 He’s been posting a bunch of videos on the Breakfast Instagram if you want to stay up to date. Here’s what they did the past 24 hours.

Most of the stuff doesn’t even seem real. Hippos kill 500 people a year in Africa and Zah’s sitting on his bed doing an Instagram live as they circle the tent. I’m going to be really upset if anything happens to him. The Donnie’s lifestyles  are crazy enough that I’d be able to accept a tragedy, but Zah? No. Fingers crossed he makes it back in one piece. Until then, follow his journey here.