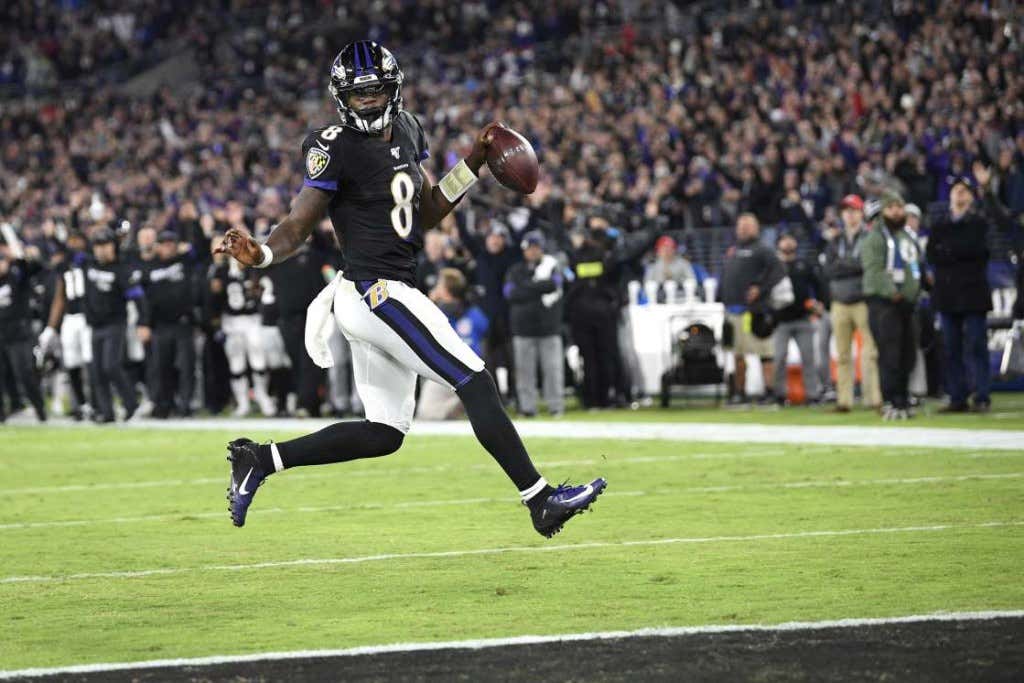 STATEMENT. WIN. Far from perfect, but more than enough to send a message to the NFL that the Ravens are a legitimate contender and have an MVP candidate to go with it.

The Patriots came in with a defense that everybody was ready to crown. “Maybe the best defense of all time blah blah blah”. Lamar came out from the jump and hit em square in the mouth. Shoved it right down their throats and got out to a 17-0 lead. If Cyrus Jones and Mark Ingram don’t let them back in the game with a muffed punt and a fumble in the 2nd quarter, this game is an absolute rout. Obviously that’s never how it goes against the Patriots, but the Ravens battled through and made their own luck with the Edelman fumble in the 2nd half.

The thing that’s most encouraging about Lamar is that he has shown time and time again that he knows how to finish football games. There’s nothing more delicious than a big plate of clock in the 4th quarter and Lamar has been serving it up on a weekly basis. When he’s given a lead and the ball in the 4th quarter, he methodically works his way down the field and breaks the backs of his opponents. That 9 minute and 35 second touchdown drive was truly a thing of beauty.

The defense definitely had its moments where it looked gassed, and that’s where Lamar is so valuable. He was able to lead a long TD drive in the 3rd quarter to give them a good long rest after they had been gashed. Those are the types of things that don’t show up on the stat sheet, but are invaluable to a football team as a whole. The Ravens are owning the time of possession statistic at a historic level, and giving your defense a long breather is just one of those byproducts that’s hard to quantify.

Yes this is a big win. There’s a chance that this has homefield and bye implications down the road. But we have to remember it’s just one win. The Bengals should be a breeze next week, but there’s still some tough games left on the slate. Gotta keep focused and take care of business the rest of the way. We’re likely to see those guys again and they’ll be better prepared having seen Lamar once. We know better than to expect that game would be in Baltimore too. They’ll likely have Gillette in their corner, so can’t get too high on this one. But goddamn is it an exciting time to be a Baltimore Ravens fan right now. That building was fantastic tonight and it should keep that sort of energy every time the Ravens take the field. We’ve got an MVP candidate for Lamar’s sake.