Fucking asshole even had some goblin pop out of the basement I didn’t even know existed at me a week back:

and now he’s sitting here, stirring the internet pot about my take on The Joker.

I made it a point to not tweet my opinion on The Joker after I saw it for the very reason that I knew I was in the minority about the movie.  I knew everyone and their mother loved it.  I didn’t feel like defending myself, but here I am, defending myself.

I broke down my take completely and totally on Red Line Radio this week.

Look, it was nowhere near a bad movie.  The soundtrack was great, the camerawork and cinematography were awesome, Phoenix put on a hell of a performance, and the connotation and message of the movie were heard loud and clear. But I have been trying to make it a point to see this movie for weeks now, and I was disappointed I didn’t walk out of the theatre thinking, “OMG it was SO goddamn good!!!”  It just didn’t really do it for me. 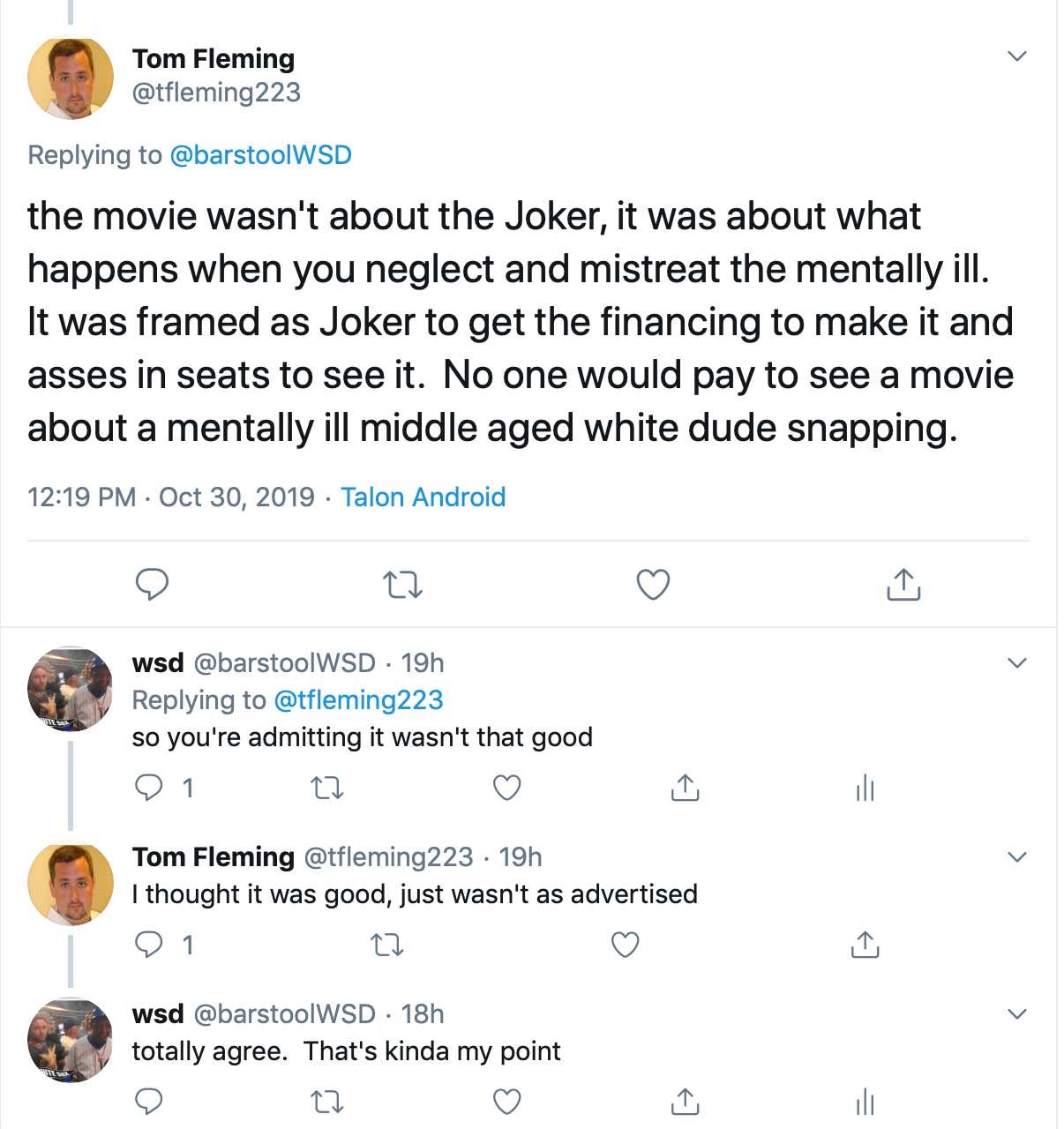 The first 90 minutes of the movie were just kinda boring to me.  People disagree.  That’s fine.  I understand it was an origin story, but 90 mins of the origin and 30 mins of the Joker?  I thought that was kinda backwards.  Didn’t expect that.  I thought Batman Begins was a WAY better origin story, and I know that was different studios, producers, directors, etc.  Just my opinion.

The last 30 mins were pretty damn good though.  I would have liked more of that throughout the duration of the movie.  That’s it.  As a whole it just didn’t really do it for me.  If you liked it?  Good.  Happy for you.  You were entertained.  I just wasn’t all that much.  But people are irate with my take and defending it like it’s as good as Good Will Hunting or Shawshank or some shit.

So go listen to this week’s episode where that lemming Ed tries to defend himself without giving any reasoning at all and then putting words in my mouth and spinning narratives so listeners will give him retweets and likes on Twitter.