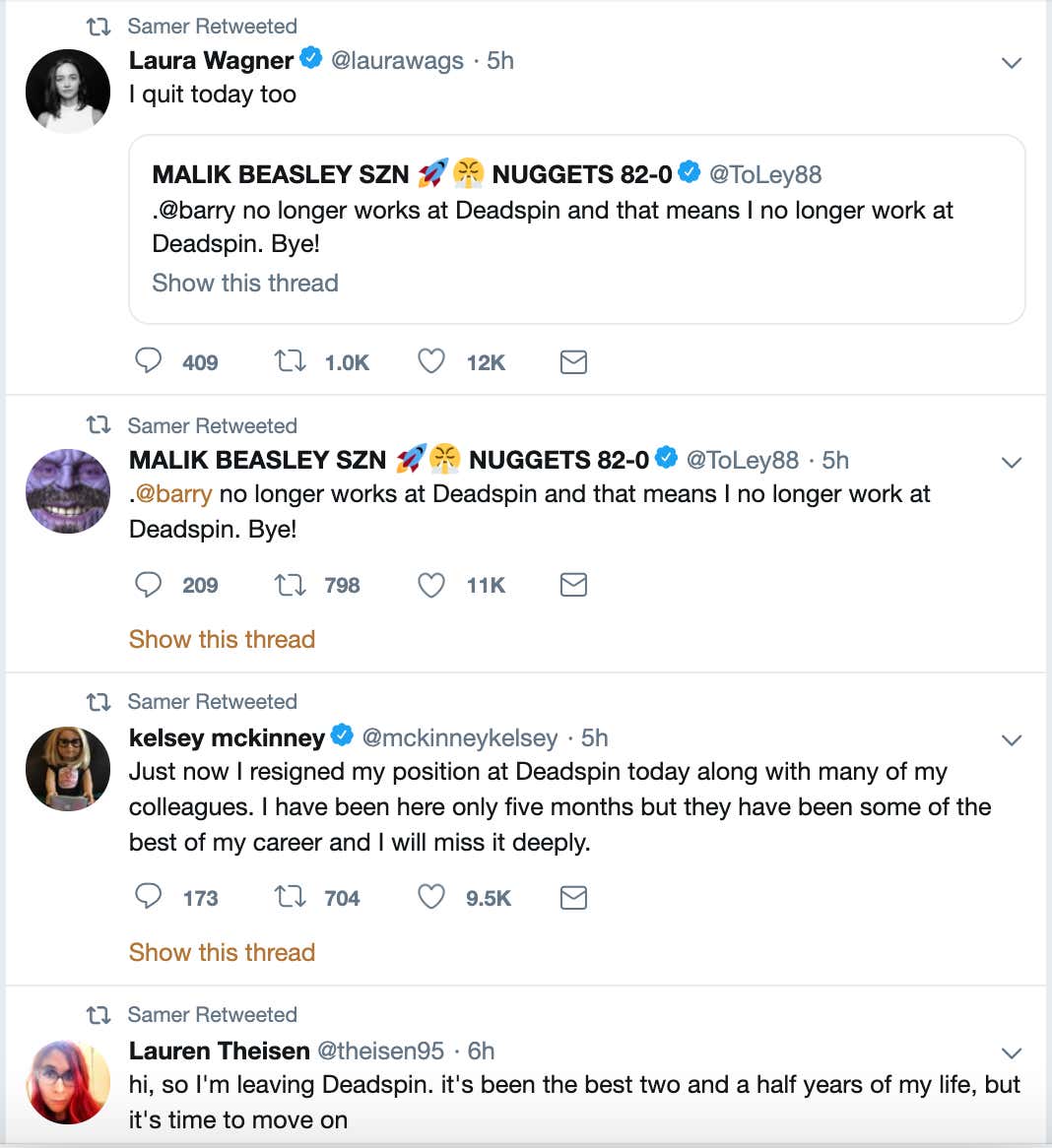 So by now everybody knows that Deadspin has imploded. 90% of the staff has either been fired or quit. It's over. They are dead. I have destroyed them just like I have destroyed every single enemy who has ever dared cross my path. Megan Greenwell fired. Barry Petchevsky fired. Tom Ley quit. Laura Wags quit. On and on it goes. But what I've found most interesting on this Bloody Wednesday is the two names who have not resigned or been fired yet. I'm obviously talking about Samer Paloof and Drew Magary. Two cowards of the highest degree. Two guys who are both loud oustpoken critics of both Barstool Sports and their new Deadspin owners. Two guys who pretend to be the moral authority on the internet. Two guys who are retweeting all their vanquished employees as a show of support and unity. Two guys who have yet to quit and continue to gladly collect and cash a paycheck from their evil bosses.

Honestly laugh out loud funny to me. The old "Do as I say Not As I do" situation. Neither of them with the spine to back up their words with actions. But I can't say it surprises me. After all Drew Magary is a guy who has said some of the most vile stuff on the internet and then deleted his entire twitter history and said it doesn't count anymore because he's a changed man. A guy who went on PMT to sell books and then turned around and said anybody who associates with Barstool is trash. So it's not surprising to see a hypocrite like this talk about how awful his company is while not having the courage to back his words up.

As far as Samir goes he probably knows if he quits he'll never get hired anywhere else the rest of his career. Both of them proving that when the rubber meets the road they are nothing but timid little mice. Well I urge both of them for the sake of their friends and family to stand by their convictions just this one time and quit. I mean I don't like either of them, but frankly they are both making me look bad. It's embarrassing I ever gave two jellyfish the time of day. Hell if they need some money I'll pay them 6 months severance just to get them to quit. Otherwise I won't be able to sleep at night knowing I've wasted so much of my time on such cowardly little boys.