This hand is awesome. Pros, they’re just like us! Even when they are playing a tournament that costs over $250k to play.

It starts with a standard raise with the KT, and it folds to Ivey in the BB. He looks down at the suited J6, and wants to make the call and defend the big. 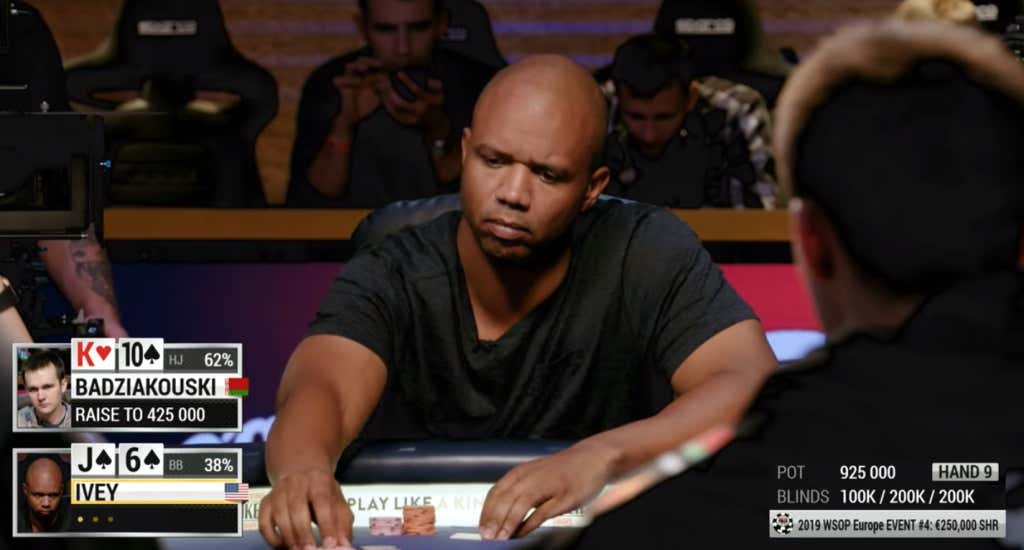 But what he did instead was raise to 2.9 million, about 50% of his stack. Whoops!

He didn’t even try to keep a poker face, everyone was very aware of what just happened, including Phil who could only smirk 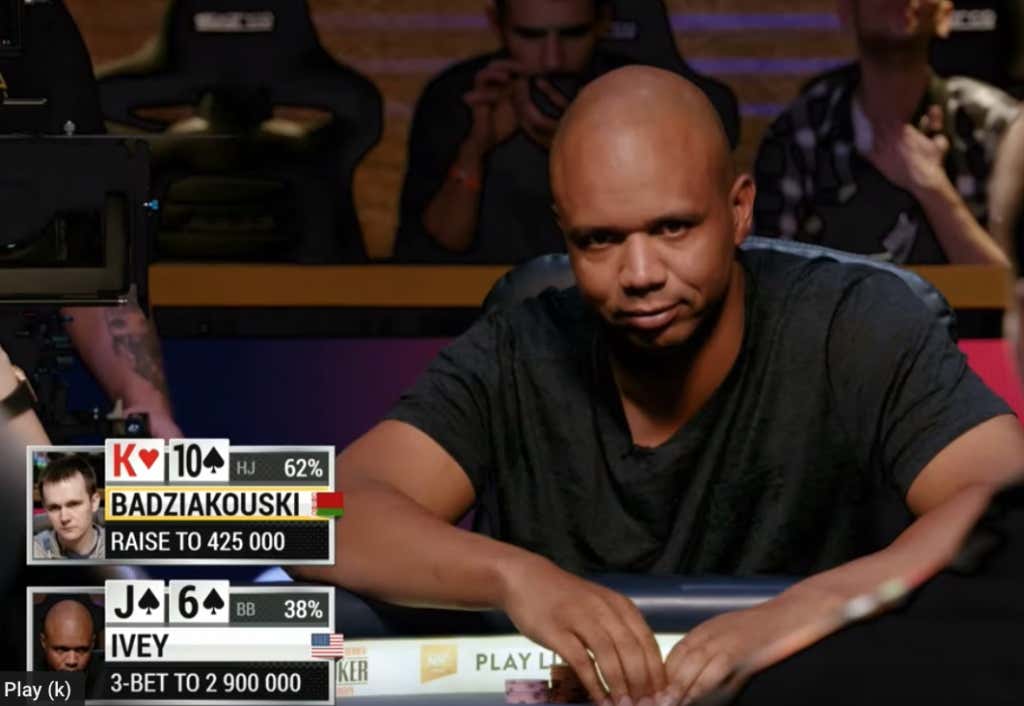 So now Badziakiouski knew Ivey was weak, but also knew once 50% of his stack was in, Ivey was never folding for the rest. So it became a very sick spot because KT isn’t exactly the strongest hand either. That’s why he ended up folding.

So don’t feel bad next time you miscount your stack, or put in the wrong amount, Phil Ivey does it too. The same Phil Ivey that made this fold without a second thought, via PokerGo:

Right now the 250,000 Euro final table is streaming on PokerGo and it’s great stuff. Our guy Ryan Riess is still in the hunt with 8 left and 5 getting paid and a pretty penny for the win:

We talked about the WSOP-Europe on this week’s episode of the Cracking Aces. It should be a huge series but nobody seems to care about it. It’s the WSOP and nobody is paying attention! They need to take it out of the Czech Republic, and in my opinion, cancel the WSOP-E all together. Make a Winter Series in Vegas, it makes so much more sense. Europeans love going to Vegas, *nobody* loves going to the Czech Republic in the winter. WSOP Winter Series would be awesome.

We also talk about the most annoying things people ask you when you tell them you play poker. The best ones are:

We also talk about the Poker Cheater’s lawyer being an idiot, and we are joined by our friend, Superstar Jeff Platt from the aforementioned PokerGO. He’s great. All in all, another fun episode of Cracking Aces, one of my favorite things to do in the world. We’re on episode 23, and if you’re interested in poker at all, I implore you to check it out!

Oh and one more thing, you might be wondering “how do you get to play in such a big tournament”? You start small on BetMGM.

– BetMGM has all kinds of games: Cash Games, Sit N Gos, Multi Table Tournaments
– Satellites- so you can win your way to live tournaments and even vacation packages
– Daily Freerolls- these are tournaments that take place everyday with no entry fee where you can win real money
– Every Sunday there’s a $35,000 guarantee tournament