Recently I’ve been running through Always Sunny again and it got me thinking. How do people not realize they’re getting involved in a pyramid scheme? I mean I get that it’s a TV show and everything is blown a little out of proportion for TV to make people laugh and whatnot. However, I know too many “financially free” people that are pushing all sorts of random shit right now. I have been pestered for far too long about being my “own boss” and quite frankly my brain is too big and I’m too smart to be fooled by these Ponzi schemes.

I guess it’s thought of unlimited cash flow so that they can put a $1,200 Gucci belt on their $20 target jeans. Maybe it’s just a good excuse for them to stop going to school and not get a real job. I mean, after all, they don’t want to be stuck in the “typical 9-5” making money for someone else. They are their own boss and they’ll be sure to you time and time again. Little would these brilliant entrepreneurs know that when they recruit people they are not just “earning” money for themselves but doing the same for the person who recruited them to the scheme. Effectively, making money for someone else. Geniuses at work.

I figured I’d put together some signs that you (yes, you) could be involved in a pyramid scheme:

1. You’re always flexing on social media in an attempt to recruit more people

If you have to post twenty Instagram stories a day talking about how easy it is, trying to show off how much money you’re making, or making a point to tell everyone how you’re your “own boss” all with intent to lure like-minded entrepreneurs so that you can get your recruiting bonus… you’re probably in a pyramid scheme.

2. You post “deep thinking” quotes on social media to show your sophisticated side

A quote that makes you question yourself perhaps. “Am I doing this whole life thing wrong?” is the number one thing that I always think when these modern Aristotles’ hit me with quotes like the one pictured above. These types of posts make me question a lot of things. Am I poor? Have I been passing over “opportunity’s” repeatedly? It really makes you think.

3. You constantly have to deny that you’re in a pyramid scheme 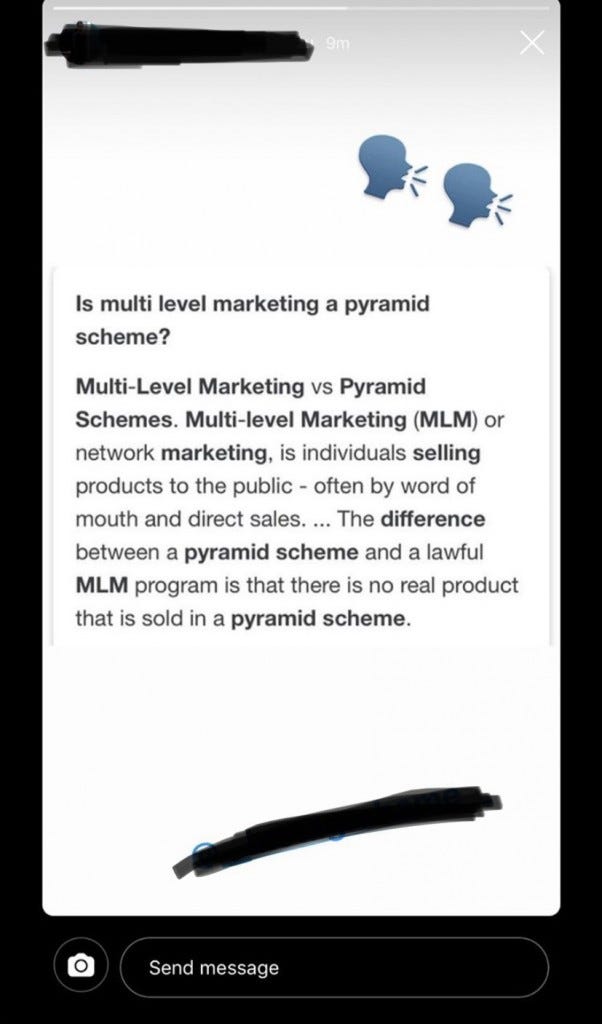 “It’s a triangle of success, NOT a pyramid scheme”. MLM, not a pyramid scheme, don't get it twisted, friend. These people are just so misunderstood. All they wanna do is get you in on this cashflow. It benefits them in NO WAY whatsoever, they just want to recruit you because they’re nice people and want to share the wealth. However, you’ll have to recruit 12 people this month or else you’re down $500.

4. You think the world has a vendetta against you 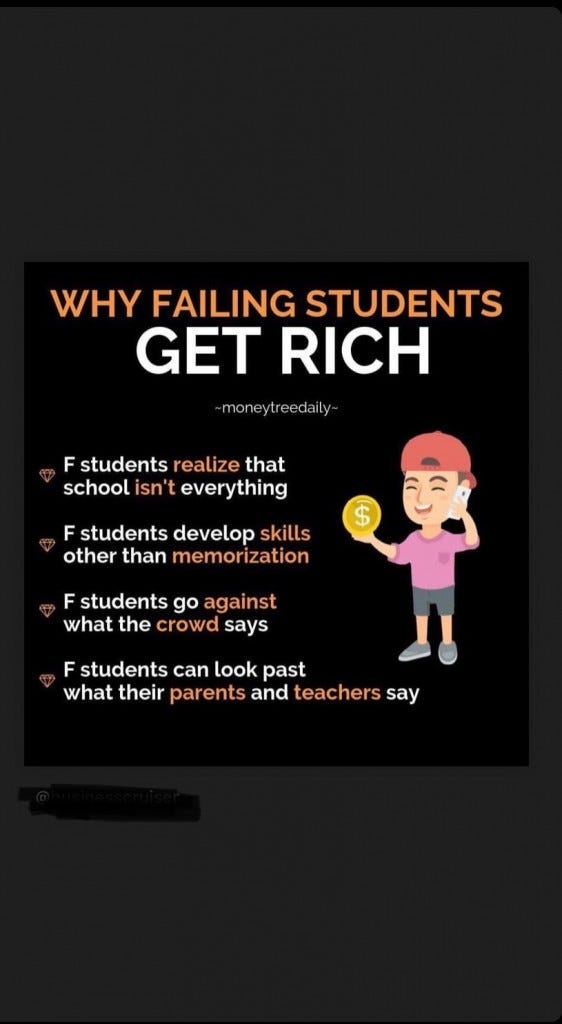 The public schools, colleges, your mailman, the grocery store janitor, the fly that buzzes around your computer screen late at night while you watch the same Gary Vee video for the tenth time are all out to get you. Wherever you look, anyone who isn’t involved in your triangle of successful operation is against you. Sure you didn’t do your homework or study at all in school but it was Mrs. Johnson’s one comment on your lack of work ethic in home ec that made you realize, they are all praying on your downfall.