So we’re all watching NASCAR at the office supporting our guy Matty D and with six laps to go absolute chaos ensues. I want that Sunny D car arrested for causing that wreck because it’s obvious to anyone with eyes that we were about to win that race fair and square until these Mickey Mouse antics took us out once and for all. And after tweeting my disdain for this piece of shit Sunny D mobile I receive a tweet from a different planet.

What does that even mean? When I was watching NASCAR today at no point did I think one of Allen Iverson’s pals was going to be in the mix. Let alone flying through the air doing barrel rolls and shit. But apparently it’s true.

This guy walked on and hooped with Iverson at Georgetown. Which was decades ago. Since then he’s gone on to be an all conference kicker for Georgetown’s football team – I don’t think anyone in the world even knew Georgetown HAD a football team. This guy is fucking Forrest Gump. He’s somehow in the middle of everything. I don’t know what the point of this blog is either but I feel like this needs to be wide-spread and well known and potentially discussed far and wide. 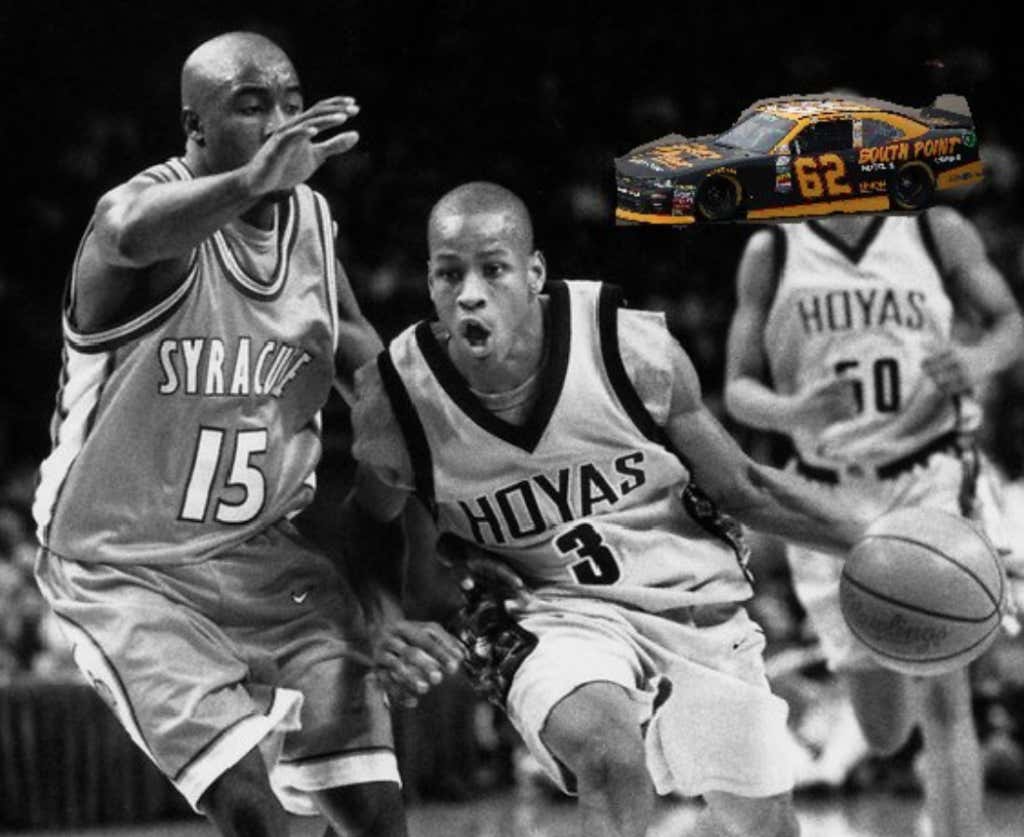